In Hamlet, Shakespeare once wrote, "Brevity is the soul of wit," though in real life he was anything but brief himself.
Nov 30, 2011 8:00 PM By: Andrew Mitchell 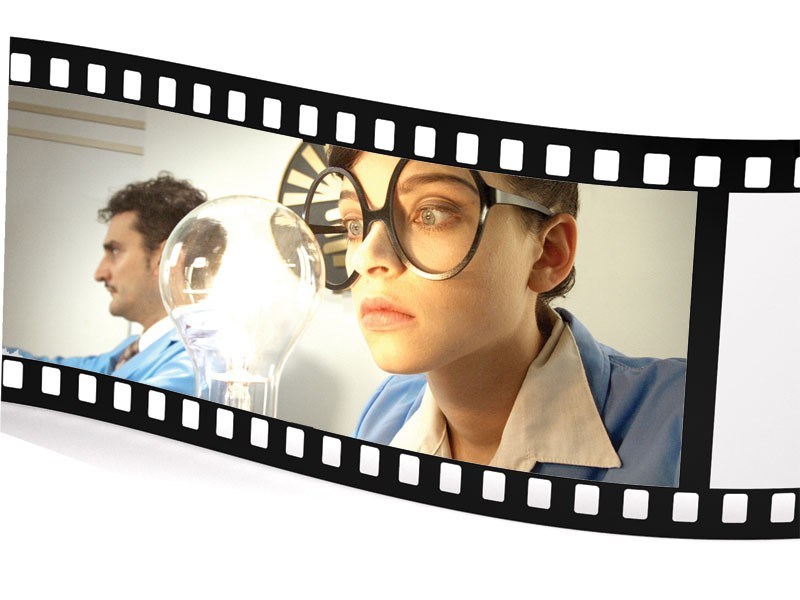 In Hamlet, Shakespeare once wrote, "Brevity is the soul of wit," though in real life he was anything but brief himself. Still, as Thomas Jefferson said, in between the long and wordy works of his, own, "The most valuable of talents is that of never using two words when one will do" — a sentence that itself probably has at least five words too many.

The point is that making things brief is hard.

The real art of the short film is to tell a story in full without the luxury of two hours to tell it, which — as Shakespeare and Jefferson prove — is easier said than done. In the case of the Whistler Film Festival's Shortwork Award you have to tell that story in 50 minutes or less — though most of the films are around 15 minutes or shorter, and some are less than six minutes start to finish.

That's not a lot of time to develop characters and plot, to build tension and to resolve it with the kind of pay-off that leaves the viewer feeling satisfied. Sometimes it means leaving loose ends loose, giving the viewer a chance to think about it.

And while there's no doubt that some of the film concepts on Whistler screens this year could have been flushed out into full-length movies, most of them work better simply because they're short.

"If you can't explain something simply," as Albert Einstein said, "you don't understand it well."

There are a total of 27 films this year competing for the Shortwork Award, which comes with a $1,000 cash prize for the top entry. Many of the films are Canadian or from the U.S., but there are entries from New Zealand, Australia, Germany, Italy, France, Poland, India and elsewhere. The screenings are divided up through the festival weekend. Some will be screened with full-length entries into the festival, and there are three Shortwork sessions. The winners will be selected by a jury of three judges, and presented at the Awards Brunch on Sunday — followed by a Student Shortwork competition starting at 1 p.m.

This year's entries are very different. There are animated pieces like A Morning Stroll that traces 100 years of human history, past, present and future, and revolves around a chicken. There is The Lost Town of Switez, where a 19th century man comes upon a city under a lake with a surprising history, animated with two distinct styles that mimic the art of those periods.

Some films are funny and disturbing — like Cat and Mice, about a man who catches cats for a living to claim the rewards; Blue, about a fuzzy mascot who has to go on with his life now that his fame is over; or Junior, where an awkward pre-teen blossoms into a beautiful teenager with all the grace of a lizard shedding its skin.

Some films are weird and funny like the stop-motion masterpiece Luminaris, the Paris Quintet in Practice Makes Perfect and The Pill (and watching what happens to a man who gets caught slipping his girlfriend an abortion pill).

With so much variety, it makes you wonder how a judge could ever choose the best — or how a panel of three judges could ever agree.

And agree they must. The rules are that the judges will watch all 31 films together and then must agree unanimously on which deserves the reward.

"There's a bit of a process in terms of what they're looking for, and they'll have to go through and discuss each film and its qualities and they feels equals the best film," said Shortwork programmer Leeah Thorne. "It usually takes hours to debate, and we find everyone takes it very seriously. We do ask that they're unanimous, there's nobody being outvoted, so they do have to sit in a room and discuss it until they can pull someone onto one film or talk someone onto another film. They have to be very patient, but they're all filmmakers who understand short films and take it very seriously."

There's no set criteria at all, said Thorne — the judges are free to make their final decision however they choose. "In terms of filmmaking there is a set of standards they would always follow," said Thorne. "Does the story work for you? Does it have a beginning and an end? Was the acting good? Did it speak to you on another level?"

But there's a broad range of subjective opinion in respect to filmmaking, and it's up to them to pinpoint the things they (the judges) are going to focus on.

And how did Thorne choose the films for this year?

"Personally, I look for something that's original, something I haven't seen before," she said. "Something I wouldn't be able to get out of a feature film. I'm also excited about local films, and I don't just mean Canada but B.C. and all of the talent we have in this province that's not so easily recognized as in other place in Canada. We really want to celebrate those filmmakers in their own backyard, and find as much talent as we can."

The panel of judges includes Julia Hutchings, who won the Student Shortwork competition last year for her film Irradiate; Scott Smith, a Canadian television and film director and producer; and Blaine Thurier, a film producer who also doubles as the keyboard player for the indie group The New Pornographers.

Shortwork One is at 1 p.m. on Friday, Dec. 2 at the Village 8. Films are The Paris Quintet in Practice Makes Perfect; Tabula Rasa, Up In Cottage Country, The Father, At Lunchtime: A Story of Love, The Lost Town of Switez and Blue.

Shortwork Two is at 4 p.m. on Friday at the Village 8. Films are Yuri Lennon's Landing on Alpha 46, The Pill, Cat and Mice, Pleased to Meet You, Doubles with Slight Pepper, Pathways and La Ronde.

Shortwork Three is at 1:15 p.m. on Saturday, Dec. 3 at Village 8. Films are A Morning Stroll, Clear Blue, Junior, Luminaris, The Pedestrian Jar, Afternoon Tea and Joanna Makes a Friend.

Annual Canada Day quiz
Jun 29, 2020 9:00 AM
Comments
We welcome your feedback and encourage you to share your thoughts. We ask that you be respectful of others and their points of view, refrain from personal attacks and stay on topic. To learn about our commenting policies and how we moderate, please read our Community Guidelines.