500 words: One for each glacier gone 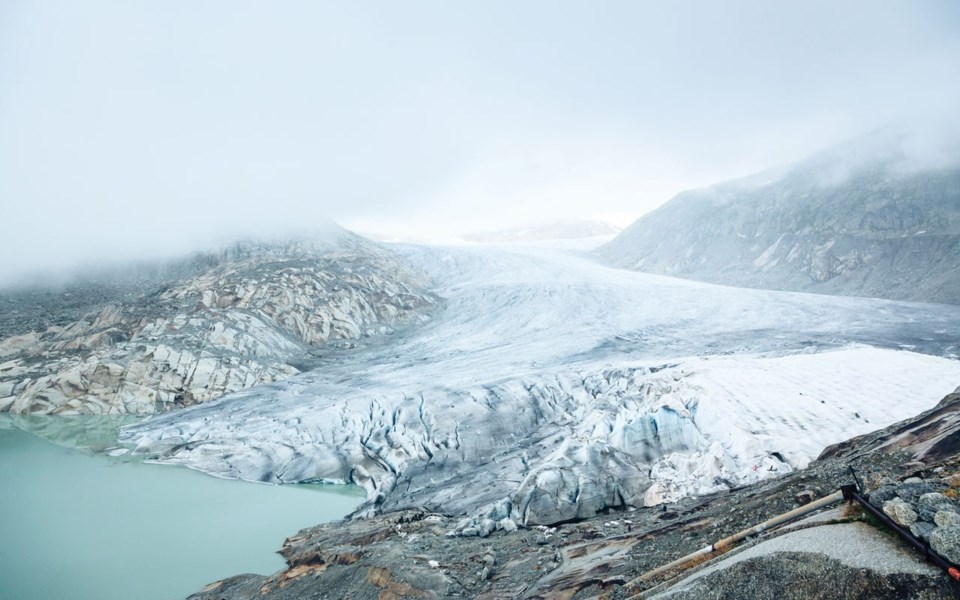 Since 1850, when my great-granddad was kicking around Austria as a youngster, Switzerland has lost at least 500 glaciers. Actually, they're not lost. They've melted.

This from Matthias Huss, the respected Swiss glaciologist who doesn't kid around. In fact, he recently attended a funeral for a glacier in Switzerland. No, they didn't leave a plaque like they did in Iceland, but they definitely made a statement.

So this column is exactly 500 words, one for each lost Swiss glacier in honour of this week's climate action and the millions of dear souls marching, thinking, pushing for something real, something different to save our collective bacon.

It's about half my usual column because I'm hoping that when you see 500 signifiers on the page you realize how many that actually is.

It feels so easy to read and write 500 words, and so impossible to lose 500 huge glaciers, especially in little Switzerland. I've been there. You can take a train across it in about six hours. The mountains are imposing; the land base isn't. I think about 500 glaciers gone from such a small area since my great-granddad was alive. He might have counted on the water from their run-off.

I wish I could give you an equally tidy fact about Canada's glaciers. Growing up in Edmonton, we often camped in the Rockies where we walked on glaciers that don't exist anymore. People weren't good about counting our glaciers in 1850, but glaciologists say we're on track to lose 80 per cent of them in B.C. and Alberta.

Right now, people in Kalimantan are sheltering in emergency "oxygen houses" because the air's so bad from fires. Kalimantan is the Indonesian part of Borneo. I've been there, too. Sure, the fires are to clear forests for farming. I'm not telling you the forests are burning because of climate change, but think of how that adds to it. It's another small example, but I also want you to picture people needing "oxygen houses" to breathe. Can you imagine it?

I know—these are all just words and symbols. Greta Thunberg would call me out for it. I get it. It's a gesture, although not completely hollow by a nanoparticle because the black of printers' inks comes from carbon and I'm using less. Still, I hear her direct voice in my head as clearly as she addressed the UN's Climate Action Summit: How dare I? It's barely anything.

But it made me feel and act differently.

Here at Pique I shared some different thinking with my fellow comrades, who will also try and, I believe, do things differently. It's hard and we haven't much time. It's harder than the Second World War because the enemy is us.

But I believe Greta. She's counting on us. So am I.

Glenda Bartosh is an award-winning journalist who's goin' down fightin'.