First win at prestigious awards for modern French eatery
May 10, 2019 2:00 AM By: Brandon Barrett 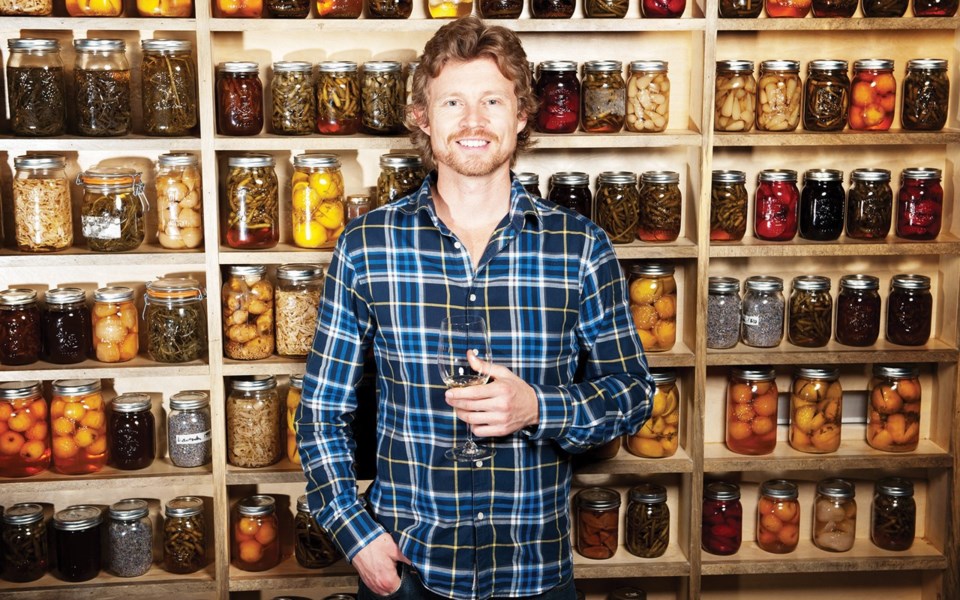 STRIKING GOLD Co-owner Eric Griffith and the rest of the Alta Bistro team can celebrate their first gold medal at the 2019 Vancouver Magazine Restaurant Awards after being named Whistler's top restaurant. File photo by david buzzard / <a href="http://www.media-centre.ca">www.media-centre.ca</a>

For the second year in a row, a first-time winner has been named as Whistler's top restaurant at the prestigious Vancouver Magazine Restaurant Awards.

"Well, sooner or later the local secret had to get out, and this is the year our judges decided to spill it: Gold winner Alta Bistro is the best restaurant in Whistler," wrote Vancouver Magazine, the B.C. restaurant industry's perennial tastemaker.

Although the contemporary French restaurant has cracked the list before, this is the first time it will take home the gold, an honour that was mostly unexpected for co-owner and wine director Eric Griffith and his team.

"We didn't even plan to go to the awards because it wasn't like we were expecting anything," he said. "It's amazing recognition from the group. It's an institutional kind of magazine. We're really happy."

Dishing out fine-dining-level food that speaks to the restaurant's fierce commitment to eating locally and sustainably, Alta Bistro has managed to create a "young and carefree vibe" that has "none of the formality that can affect resort dining," according to the magazine.

Griffith believes that approachable environment goes back to the freedom management gives to its staff to express themselves.

Earning silver this year was The Grill Room, the Fairmont Chateau Whistler's four-diamond steakhouse, which not only received its first nomination last year, but its first win in the Best Whistler category. Judges wrote that Chef Derek Bendig has shown that "being attached to a hotel ... doesn't mean that the food has to be expected and safe."

The bronze went to Whistler's longest running fine dining restaurant, Araxi, which had its decade-long string of gold-medal wins snapped in 2018. This year marks only the third time Araxi has failed to win this category.

Without the history and prime village-central location of some of its fine-dining brethren, Alta Bistro has flown under the radar somewhat, and this award should help give the restaurant some valuable exposure throughout the Lower Mainland.

"I think the restaurant community and people that are savvy in food and interested in gastronomy and interested in wine and that type of realm, they've known about us for years," Griffith explained. "But the people that aren't paying attention and do other things in their lives than talk about food and wine, like we do all the time, they need a helping hand and that's where Vancouver Magazine comes in to communicate that there are things worth looking at and trying."

Griffith is also hopeful the hardware will encourage diners unfamiliar with what Alta Bistro does to get outside their comfort zones and try something a little different from the norm.

"Maybe next time a decision is being made by someone that's coming to Whistler to dine from wherever it may be, they'll say, 'Well, we trust these guys,'" he said. "Maybe they'll understand why we have a small menu and why it's seasonal, and maybe it will push their boundary a little bit in terms of what they're willing to try."

As for Alta Bistro's contingent of loyal regulars? The honour doesn't necessarily come as a shock.

"Our regular client base is like, 'Well, obviously," Griffith said of their reaction to the win.

"We're very happy to have done this this year and be a part of that group," he added. "We're in our ninth year, going on 10, and we're not going anywhere soon."