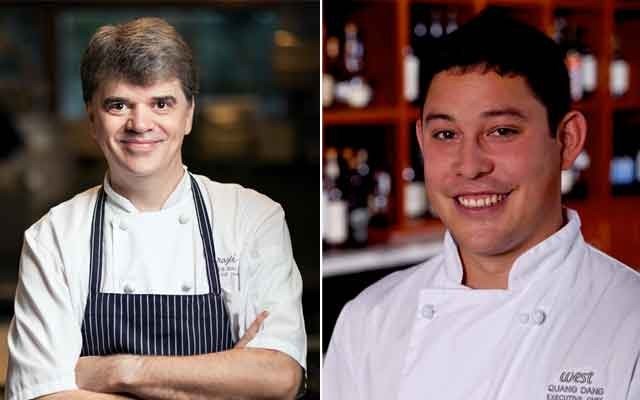 James Walt has been synonymous with Whistler's longest-running fine dining restaurant for 20 years.

That changes this month as the award-winning chef shifts his attention from Araxi to another fixture of Whistler's dining scene, Il Caminetto, which Toptable Group purchased from celebrated chef and restaurateur Umberto Menghi back in February, adding another storied resort restaurant to the company's roster.

It's a move that makes perfect sense for Walt, who has made no secret of his love for the culinary traditions of Italy, a foodie paradise he grew to know well following several visits and a stint as executive chef at the Canadian embassy in Rome.

"It's a cuisine that I'm really in love with, and I think it's probably one of the closest to what I already do as far as (using) local ingredients, getting things at their peaks, and cooking in-season. I love the simplicity of it," Walt said.

While preparing to relaunch Il Caminetto, Walt has been going deep down the "rabbit hole" researching for the new menu, and said diners can expect the classic flavours of Italy they know and love with a contemporary twist.

"It will be a fairly equipment-based kitchen, so we'll be making all fresh pastas," he explained. "We have two beautiful pieces of equipment from Italy for that with a pasta extruder and a sheeter. There'll also be a gelato machine. Everything's coming in from Italy."

Taking over the reins at Araxi is another ingredient-driven chef who is already well versed in the modern Pacific Northwest cuisine that Araxi has become renowned for: Quang Dang, the 37-year-old former executive chef at Toptable's West in Vancouver.

"Araxi is another one of those restaurants that's similar to West in the sense that it uses as many local farms as possible," noted Dang. "To me, that's important. And when the opportunity came up to be up in Whistler — I like to explore the outdoors as well — that opportunity seemed to fit together really well."

One of the early advocates of the sustainable seafood program, Ocean Wise, Dang is known not only for his skills behind the stove but for his connections to local suppliers that he intends to make full use of at Araxi.

"Araxi's been around for 36 years, and it's not like I'm taking over a restaurant that needs fixing. Honestly, there's not a lot of changes that are going to happen off the bat, but I do want to see if I can get some more farms and a couple other suppliers and fishermen that I have connections with down in Vancouver up here," explained Dang. "Realistically, it's trying to give a taste of Canada to the locals of Whistler and to all the guests that visit. If someone asks you what Canada tastes like, you should say Araxi, right?"

It's Dang's farm-to-table ethos that helped convince Walt he was the right man for the job.

"Araxi is a great place and it needs passion and thoughtfulness. I think it's a great fit and I really like the guy," Walt said. "He's driven and intelligent and knows his products as well."

Although Walt will still be around to lend a hand at Araxi if need be, this fall will mark the first time in two decades he won't be behind the lines at the restaurant he's called home.

In that time, he's watched Jack Evrensel's beloved restaurant grow in step with the community, mentoring scores of young, ambitious chefs to the next plateau of their careers.

"I learned so much there; just the relationships I built with local farms and suppliers, with the locals in general, all the people of Whistler, the staff and the chefs that I've had come through there, they've all been incredible. I couldn't have asked for a better place, really," Walt mused.

"It's a special place and I always treated it that way. It wasn't just about me and my career.It's more than just a restaurant in my mind and it always will be."

A renovated Il Caminetto is slated to reopen in December.