When Black's Pub first opened its doors in 1985 — known as The Original Ristorante back then — there wasn't much else around the base of Whistler Mountain. "We were at sort of the end of the village," recalled owner Lawrence Black.
Nov 18, 2015 5:00 PM By: Braden Dupuis 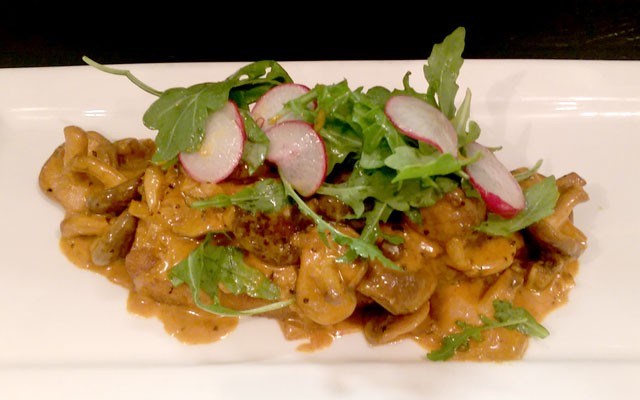 When Black's Pub first opened its doors in 1985 — known as The Original Ristorante back then — there wasn't much else around the base of Whistler Mountain.

"We were at sort of the end of the village," recalled owner Lawrence Black.

"There was nothing on the benchlands, it was an empty lot where the Pan Pacific is now. It was virtually nothing. We were at the end of everything."

But as Black's approaches its 30th anniversary, things are much different than they were in the Ristorante days.

"Now we're sort of in the middle of everything," Black said.

Black does credit his restaurant's longevity in part to its prime location — in the well-worn, heavy traffic square of Skier's Plaza at the base of Whistler Mountain — but there's another factor at play as well: Loyalty.

"I think we've had a lot of local customers and clientele since day one that still come in," Black said.

"It's amazing to see people that have been coming to you since the day you opened, virtually. It's great."

To mark its 30th anniversary, Black's will be offering 30 per cent off food and drink orders from Monday, Nov. 30 to Sunday, Dec. 6.

There's also likely to be a party to mark the date — December 15 — though details aren't confirmed at this time.

Sushi Village, which shares a building with Black's, is also celebrating its 30th anniversary in the coming weeks.

"Thirty years in the restaurant business is a long time anywhere," Black says. "I think we survived it because we're in Whistler, and how lucky we are to be here and live here."

The true supportive nature of Whistler was recently on full display for the Black's family, as chef Paul Green was one of dozens displaced in the Alpine House fire on Nov. 10.

"The response has been amazing," Green said. "The town has really pulled together and helped us all out."

Green wanted to thank friends and family – and the community as a whole – for the support after the fire.

Green joined the Black's family five years ago. The menu is made up of your typical gastropub style offerings — pizzas, pastas, burgers and appetizers — "and then through the winter we run lunch casseroles or goulash," he said.

"And we're going to do our wild mushroom stroganoff for a vegetarian option."

Green said he and his team try to change up the menu seasonally, offering different dishes for the summer and winter seasons.

"Generally in the winter, a lot of people go for the goulash," he said.

"In the winter, the free-range bison ribs generally outsell most things on the main course side of things, but then obviously the pizzas always fly out (too)."

Black's offers a wide variety of stone-grilled pizzas, from the staples — Hawaiian and pepperoni — to less traditional fare like Salami and Goats Cheese or Roasted Squash and Chorizo.

In terms of mains, the aforementioned bison ribs are the big seller, but there's also the lemon and thyme roasted chicken, the 8-oz Pemberton Meadows Top Sirloin or the Maple Glazed B.C. Salmon.

"The ribs we've had on for pretty much the five years that I've been here because it sells and it's different," Green said.

"We've tried to change things regularly. The goulash we ran last year and it sold really well, so we're going to put it back on for the winter this year."

Even after 30 years, Black says he can't believe how fortunate he is to be here in Whistler.

"I think about it every day," he said.

"I don't know how many people realize that, but just the people that are here and the mountains and the village that we have, it's just a fantastic place to live."

With that in mind, is Black now looking ahead to the next three decades?

Boil water with salt and butter, add the cornmeal slowly and turn down to low heat, continuing to stir until smooth and not grainy. This will take around 8 to 10 minutes. Once smooth, add and stir in parmesan and chopped herbs. Pour cornmeal mix into a lined tray and refrigerate for 2 hours, until set. Cut into whatever portion size you require.

In a hot-oiled pan, sauté onions for 2 minutes or until they sweat, then add garlic and all mushrooms and cook off for another 2 minutes. Stir in paprika, add white wine (reducing by half), add cream, sour cream, gerkins and vinegar. Season to taste with salt and pepper and cook until cream thickens and finish with green onion.

Ideally, deep fry the polenta for 1 to 2 minutes, otherwise heat oil in a pan and cook until polenta is crisp on both sides. Drain on paper towel then place on plate. Pour your stroganoff mix over the polenta and garnish with fresh arugula and walnuts (as desired).