EPICURIOUS: The Drop Coffee Bar picks up where it left off at the dawn of the pandemic 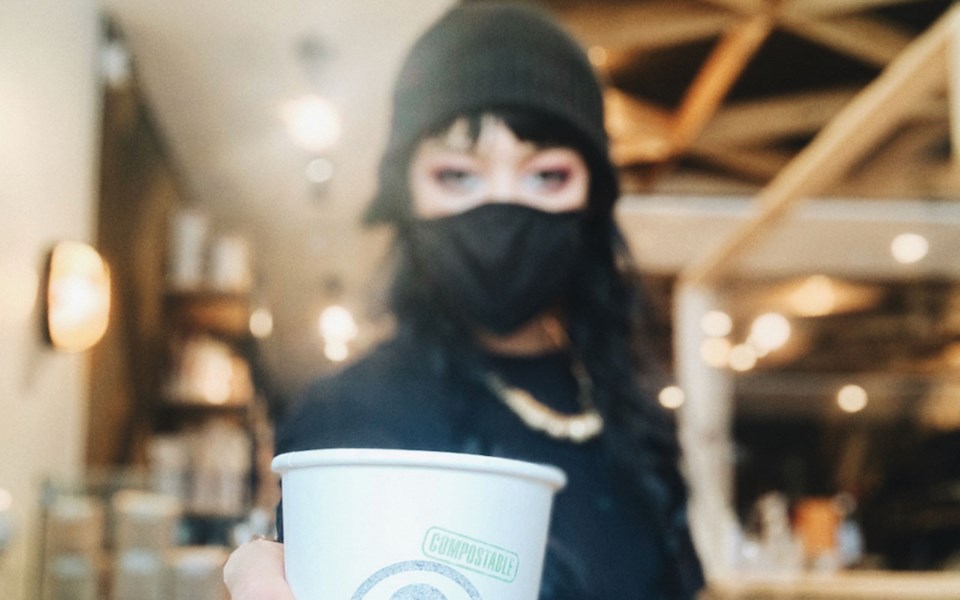 DROP ZONE The Summit Lodge had to pump the brakes on its café concept at the start of the pandemic before reopening The Drop Coffee Bar earlier this year. PHOTO SUBMITTED

Without the usual employee pool to draw from, businesses across Whistler have had to get creative with staffing this year, and nowhere is that more true than at our local hotels. At the Summit Lodge, that has meant senior staff have taken on some unfamiliar roles throughout the pandemic: You can find their GM behind the spa counter taking bookings, and assistant GM Lorraine Simonds has moonlit as a barista at the hotel’s in-house café, The Drop Coffee Bar.

“I can say that I have learned a whole lot about making great espresso,” said Simonds with a laugh.
​​​​​​​
Of course, COVID-19 has had a way of altering best-laid plans in innumerable ways, and for the Summit, that meant pumping the brakes on the café concept it first started developing in January 2020. Then, as neighbour restaurant Elements was contending with limited capacity in the pandemic, the hotel donated the seating space planned for the Main Street café to help them out.

“They’ve been using the space since, and then the current incarnation of [The Drop] started back up as a window service in mid-January this year,” Simonds said.

“We’re always looking out to other businesses to see how we can benefit each other and make it work through a really interesting time.”

Operating as a takeout window for the time being, you could be forgiven if Whistler’s newest café slipped under your radar. But with its emphasis on locally made products, like the beans it gets from Counterpart Coffee, or the kombucha growler refills courtesy of Whistler Elixir, it’s high time you get the drop on The Drop.

“We really feel passionate about our local businesses and our local community,” said Simonds.

Proximity wasn’t the only factor that went into working with Counterpart, however. “It fits in with the Summit Lodge ethos,” she added. “They do a great job of actually saving farms in Colombia and Guatemala from big Canadian oil companies, and they really strive to give them a fair wage and improve the living and working conditions of the farmers by supporting them.”

Serving a range of specialty coffees, smoothies and a handful of grab-and-go breakfast items, The Drop’s menu stands out from the pack as the only place in Whistler offering bubble tea, a veritable phenomenon in Vancouver that had yet to reach the resort.

For the uninitiated, bubble tea, or “boba” as its known in Chinese, originated sometime in the ‘80s amid Taiwan’s lively snack culture, and has since exploded in cities across North America, particularly those with large Asian populations. (Seriously, the bubble-tea market was valued at a whopping US$2.4 billion in 2019, with it projected to hit $4.3 billion by 2027.)

A tea-based drink that can take the form of popular milk tea varieties, smoothies, or blended slushies, the “bubbles” of bubble tea originally consisted of tapioca pearls sucked through an extra-wide straw, but have since expanded to include everything from jelly to so-called “popping” boba, made from seaweed extract that burst when bitten into. For the unfamiliar, it may sound daunting, but this flavour and texture bomb is something to be tasted to be believed. (Can you tell I’m a tad obsessed?)

As it turns out, it was two fellow bubble tea junkies and Summit employees who first brought the idea to Simonds.

“We have amazing members of the team that bring their skills and their talent and their ideas. Our general manager saw the craze and we’ve got a couple bubble tea fanatics who work for us, and they had the energy and the wherewithal to do it,” she added.

The Drop takes over the former Eighty One coworking space, which opened in 2017, and also occasionally featured pop-up themed dinners by chef Adam Protter. For the Summit team, the space has served as something of a laboratory for creative dining concepts, and The Drop fits in with that approach as well.

The Drop is open Wednesday to Saturday, from 8 a.m. to noon.