Every step we take... 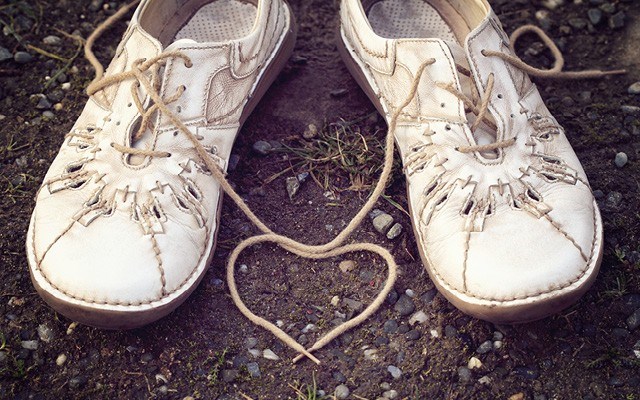 one step at a time Ordinary people can do extraordinary things when we all work together. www.shutterstock.com

The email from Kiva landed in my in-box this morning: "It's not too late to celebrate Earth Day" was the subject line, followed by a message of how fundraising is still ongoing for "a lot" of Kiva's Earth Day projects.

Kiva, if you're not familiar with it, is a not-for-profit based in San Francisco that matches up people able and willing to provide microloans to those around the world who need them. A loan of $25, for instance, will help people like Amos's group in Kenya buy cost-efficient maize seed and fertilizer for a coming season. Amos's particular Kiva appeal is accompanied by a lovely photo of Amos himself, skinny arms like a boy's, shy in his purple T-shirt but mustering a huge smile for the camera.

Amos is 68 and has nine children. The group of 12 farmers he's part of farms in Webuye District in western Kenya near the major route to neighbouring Uganda. Subsistence farming, mostly corn, is the main way people support themselves there.

Together, these 12 farmers are hoping to plant 3.5 acres with the improved seed and fertilizer and buy some solar lights. They're looking for US$725 in total from the microloans, or about $940 Canadian, substantially less than the cost of a season's pass to Whistler Blackcomb for next winter, or about the same price as spring Whistler Golf Passports for you and two buddies.

The idea of microfinance and microcredit goes back to the early 1800s and an American named Lysander Spooner. He was against the Civil War, against slavery and governments regulating business (he started his own American postal service), and for things like self-employment and microcredit. Some called him a philosopher; others, an anarchist.

According to Kiva, the average annual income in Kenya is about $2,300. More than a thousand Kiva microcredit efforts are making a difference there, with a lot of the small loans matched by other change agents like the Fossil Foundation, a not-for-profit focused on "unleashing the power of under-served youth around the world."

Groups like Fossil Foundation, in turn, partner with groups like Camfed, which champions education for marginalized girls, and the now-famous WE charity/social enterprise ("from me to we "), founded by proud Canadian activists Craig and Marc Kielburger from Ontario.

Now there's a great story: When Craig was 12 he read an article in the Toronto Star about another 12-year-old boy, one who'd been murdered. At age four, Iqbal Masi was forced into bonded labour in a carpet factory in Pakistan. By age 12, he was a well-known activist against child labour. Iqbal's murder in 1995 inspired Craig and some of his seventh-grade pals to start a group called Kids Can Free the Children to fight child slavery and child labour. That same year, 12-year-old Craig met with then-Prime Minister Jean Chrétien, who was visiting India at the same time. The two of them had a 15-minute conversation that put child labour on the PM's radar screen forever.

Free The Children, as it came to be known, turned into "a movement to free young people from the idea that they are too young to bring about positive change." Imagine that! It also started the WE movement, now with more than 3.5 million Facebook followers and exciting projects around the world, like the annual WE Day, which last November attracted some 20,000 people young and old in Vancouver alone.

Pretty amazing what a bunch of pre-teens and a bunch of $25 microloans can do.

See, these are the kind of happy examples used by activists worldwide to spark the energy that fires social/sustainable change, Earth Day or not. You hold up the hope — not the doom and gloom. Then people get excited.

Just look around Whistler for more cool excitement. Whistler's 2020 sustainability plan is also now a 12-year-old and an important part of planning. More and more people are buying local and organic foods, at Nesters Market, at The Grocery Store — heck, all across the valley. So many are doing so, we now have happy surprises like The Green Moustache all-organic juice bar, which has found success expanding into Vancouver, and Olives Community Market, cool purveyors of all things organic and recently expanded into the heart of Whistler Village at Eighty One — yet another cool venture providing creative space for people along with ethical food and coffee.

With Whistler asking how it will cope with more growth — another 400,000-plus visitors each year?! — such wonderings aren't just rhetorical musings. They're real and really important questions for all of us hoping for an end to business as usual and a better path for all.

"Ordinary people, when working together, can do extraordinary things," said former U.S. President Barack Obama at the University of Chicago on April 24. "Never doubt that a small group of thoughtful, committed citizens can change the world; indeed, it is the only thing that ever has," said anthropologist Margaret Mead. (Some people want to add words like "working together" to that last quote, too.)

It's never too late to celebrate Earth Day.

If Amos's group in Kenya has already been successfully funded, try Everline's group or Christine's. Then there's 31-year-old Waled in Palestine, with a lovely wife and two children, who really needs some solar panels to heat the water for his home. Personally, I made a loan to Joan, my sixth or seventh Kiva loan (I've lost track) and, yes, they have all been paid back. She also lives in Webuye, and I really liked the way she held up her two cobs of corn: with delight and pride.

Glenda Bartosh is an award-winning journalist who loves seeing what the young ones do.