Foolin' around with food in filmdom 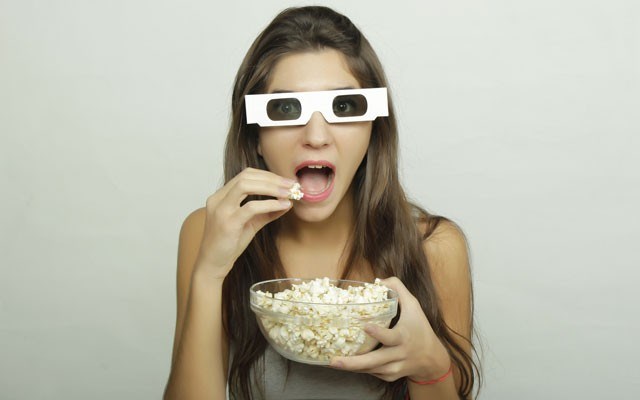 With the ink barely dry on the top-honour cheques for this year's winners of the WSSF 72 Hour Filmmaker Showdown (congrats Ben Giesbrecht, Jordan Ettinger and Charles Nasby!), the time is right to celebrate more film magic in the air.

The second installment of National Canadian Film Day officially happens April 29, but as we tend to do in our vast nation, great Canadian cinematic events are happening for days all around the main event.

The celebrations were kicked off last year, led by Reel Canada, our No. 1 national film advocacy group that tries hard to boost the profile of Canadian films, including getting them exposure in high schools.

National Canadian Film Day itself is no less than "a day to throw off the shackles of fear and insecurity, stand together with Canadians from coast to coast and pat ourselves on the back for something other than various ice-related sports and sports-related doughnut shops." Not that they don't like doughnuts and ice sports at Reel Canada.

Given this is a food column, I thought I'd lend the consciousness-raising effort a hand — or give it a hand? — and have some fun with food in and around the flicks.

After all if food and film ain't culture, I don't know what is. Ergo we have Brad Pitt eating in so many of his flicks, it's turned into something of a meme, or at least enough for a mashup on YouTube that's scored a quarter million hits: (https://www.youtube.com/watch?v=v4eg7V7O10E).

A sampling of food film classics ranges the gamut of genres and approaches, from the sensuous and sensible to the fantastical and forbidden. Try Peter Greenaway's black comedy The Cook, the Thief, His Wife & Her Lover for some stylish cannibalism. Tampopo stands as the groundbreaking Japanese ramen western that messes around with noodles and spaghetti Westerns. There's the eternally succulent Chocolat, with Johnny Depp strumming his guitar, x3. And one of my favourites, Ratatouille. Who'd ever picture a rat so charming, and as a chef, no less?

Canadian flicks featuring food are few and far between, but when we toss in an eating scene or two, they make a statement big time.

Without giving too much away, lets tantalize (or is that repulse you?) with a disturbing teaser. It's usually interpreted as the fetus-eating scene — eugh! — in David Cronenberg's 1979 feature, The Brood.

At the institute, young Nola Carveth (Eggar) learns to let go of her suppressed emotions through a therapy called "psychoplasmics" which gives birth, so to speak, to a whole new range of nightmarish problems, including the scene above.

Personally, I prefer the approach of Carol (Arabella Bushnell) in the quirky and very Canadian 2014 release, Songs She Wrote About People She Knows. Not that food is featured in the film, but there is much about therapy, namely using song to express feelings you can't otherwise express. That includes Carol's ode to her boss with the catchy bridge: "Dave, you're an a--h---, Dave..."

As for that fetus-eating scene, well, let's just say it isn't quite what it seems since the censors got in the middle, leaving our imaginations to work overtime. Which often is what the best movies are all about.

A nod to filmdom's soma

If there's a natural soma in the house of movies, it's got to be hot-buttered popcorn.

Fragrant, tasty in all the right ways and full of comforting carbs, there's nothing like it when it's munched down in the cavern of darkness before the big screen. With the paper bag rattling and kernels crunching away, much to the chagrin of your seatmates, it's about as close as you get to instant gratification.

Popcorn is also a long-time Canadian tradition. Corn, the principle crop and staple food of the Haudenosaunee (Iroquois) living in what later became central Canada, was enjoyed in many forms, according to You Eat What You Are. That included roasted and steamed corn on the cob as well as popcorn.

Early evidence of popcorn eating has been found at a New Mexican archeological site dating back to about 3600 BCE. In Peru, popcorn evidence goes back to 4700 BCE. And here we thought this favourite snack was, like, modern.

The kernels also contain moisture and oil inside the impermeable hull, which doesn't let moisture pass in either direction. That is, not until enough heat causes the inner starches to soften and become gelatinous and the kernels to finally explode at about 130 psi, the inner steam puffing out the starch into perfect little pieces of popcorn. These are called flakes in the industry.

As for those little brain-shaped pieces (which grabbed my attention, not surprisingly, while watching Megamind) they're officially described as mushroom-shaped, which are a little less fragile than the more traditional butterfly-shaped pieces.

If you don't douse popcorn with salt and butter, it's pretty good for you, with 12 grams of protein, 15 grams of fibre and about a quarter of your daily iron and vitamin B1 and B2 requirements in every 100 grams. In the 1800s, popcorn served with milk was actually a breakfast food in America.

January 19 is National Popcorn Day in America. But don't wait till then. Grab yourself a bowl of your favourite variety — plain as Jane, spiked with jalapeño juice like they do in Mexico, or topped up with your favourite sprinkles: Parmesan cheese? Spike?

Then settle back with your all-time favourite Canadian flick and be glad you're part of the crowd celebrating our great filmmaking tradition.

Glenda Bartosh is an award-winning journalist who couldn't live without movies.