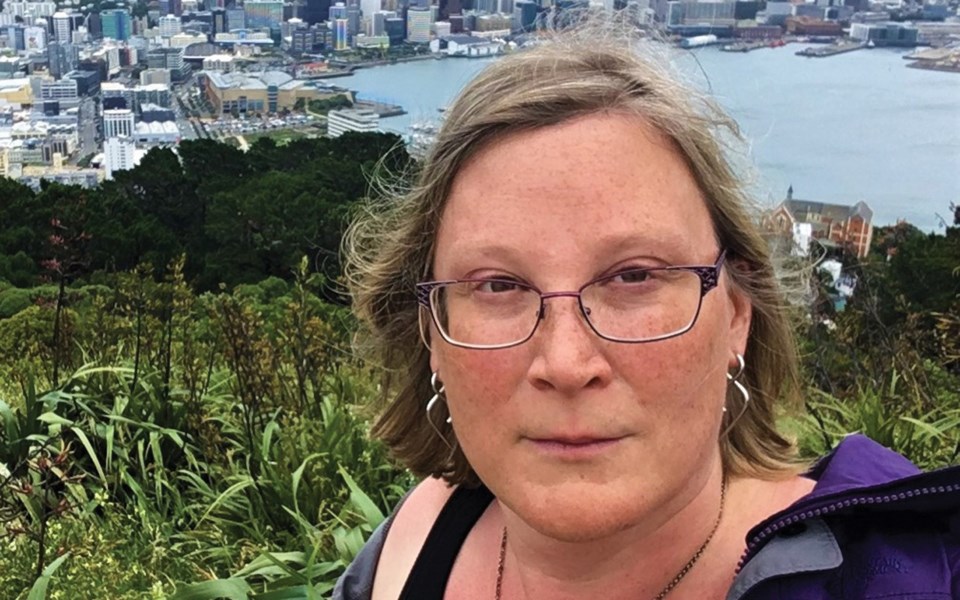 endless appetite Lenore Newman's new book, Lost Feast , delves into the history of the foods we've eaten into extinction—and what they can tell us about our food systems today. Photo submitted

Lenore Newman has gotten a firsthand glimpse into the darker side of our appetites. Over the course of writing her latest book, Lost Feast: Culinary Extinction and the Future of Food, she toured industrial slaughterhouses and studied a number of foods we have literally loved to death. And yet, despite the dire state of our food systems, Newman remains hopeful we can change our eating habits before it's too late.

"I think there's a learning curve here. I'm an optimist, and I'm hoping we're learning from our mistakes where foods went extinct in the past," she said. "I think they're a good warning: we can mess up so badly that food is gone forever, and we don't want that."

Newman explored the history of foods we've eaten into oblivion, such as the Ansault pear, the herb silphium, which flavoured Ancient Romans' favourite dishes until it disappeared more than two millennia ago, and the passenger pigeon, the last of which died in a Cincinnati zoo in 1914.

An important food to Indigenous communities around the Great Lakes and St. Lawrence River, the passenger pigeon soon spread to settler communities, where it would become the original ingredient of a dish that remains iconic to Québécois cuisine: tourtière. In short order, the meat pie became a favourite of roaming hunters, and the development of Canada's railways hastened its spread. Large food markets also led to the birds being sold off in mass quantities. Before long, the passenger pigeon, once the most abundant bird in North America, had vanished.

Despite the breadth of knowledge we now have about the foods we eat—especially compared to generations past—Newman says we continue to knowingly consume species at risk, such as the Chinook salmon and Bluefin tuna, partially because we can't help ourselves.

"I think part of the problem is they taste good," she explained. "Ultimately, we're not good at restraining our desires. Whether it be wine or food or love or power, we like to give into our carnal nature, and food is no different. I don't think many of us would eat the last one of something. If there was only one blob of fish left, leave it alone. But we don't know that. It's the old idea of 'one more won't hurt,' which has ruined many a diet and also many a species."

Newman also found that despite our cravings being more diverse than ever, in terms of species, we actually eat with less variety than ever before.

"It came out of a shift. Back in 1900, almost all food was produced fairly locally. If you wanted apples, you had to have apples that performed well locally over a wide season. So you have early apples, mid-season apples and then late apples, and they'd all be different in every region," she explained. "As we moved into a global system, we just picked the ones that travelled best. They weren't necessarily the ones that were the most flavourful. They were uniform. Instead of flavourful, we would go for tough, so it travelled well."

The Canada research chair in food security and the environment at the University of the Fraser Valley, Newman didn't realize when she set out to write the book just how applicable the lessons from our past would be to food security today. What really hit home for her was "the sheer intensity" of our mass-meat industry.

"To eat meat at the level we do in North America, it really shocked me. I usually don't get the numbers so directly in my face," added Newman, who said she turned vegetarian over the course of reporting the book.

In particular, she was surprised to see just how much of our agricultural resources go into producing cheap, industrial-made foods: In the U.S., 70 per cent of all beef winds up in burgers, and 90 per cent of the milk produced goes into milk solids for processing, she said, both products that have viable, sustainable alternatives.

"It's about replacing the workhorse food, the everyday chicken breast," she said. "If we can replace that kind of everyday protein, we could return literally millions of acres of marginal farmland to wilderness. I want to see that. I want to live in that world. I don't want to live in a world where we burn the Amazon down to grow cows for low-level burgers. I want the Amazon to be there and my burger to be made out of oats, or whatever it's made out of today."

Understandably then, Newman is solidly in favour of the rise of meat substitutes like the Beyond Burger and Impossible Burger, which have had massive appeal with both vegetarians and meat eaters looking for an ethical and tasty alternative to their standard comfort foods.

"If we can reengineer our way out of that system, we certainly should," she said. "If I can eat something like that and it uses five per cent of the land, the water and energy [to produce a beef burger] and nobody had to get seriously injured and poorly paid making it, I'm down with that."

Newman will be joining Centreplate Executive Chef Neal Harkins at Cornucopia next month for Culinary Stage: Lost Feast, a multi-course tasting that will include narration from Newman on the history of our favourite foods as well as the threats to our ecological systems.

The event is set for Sunday, Nov. 10 from 2 to 3:30 p.m. at the Whistler Conference Centre. Admission is $43, or $60 with a copy of Newman's book, available at whistlercornucopia.com.