EPICURIOUS: What’s in a name? For B.C. craft brewers, quite a bit 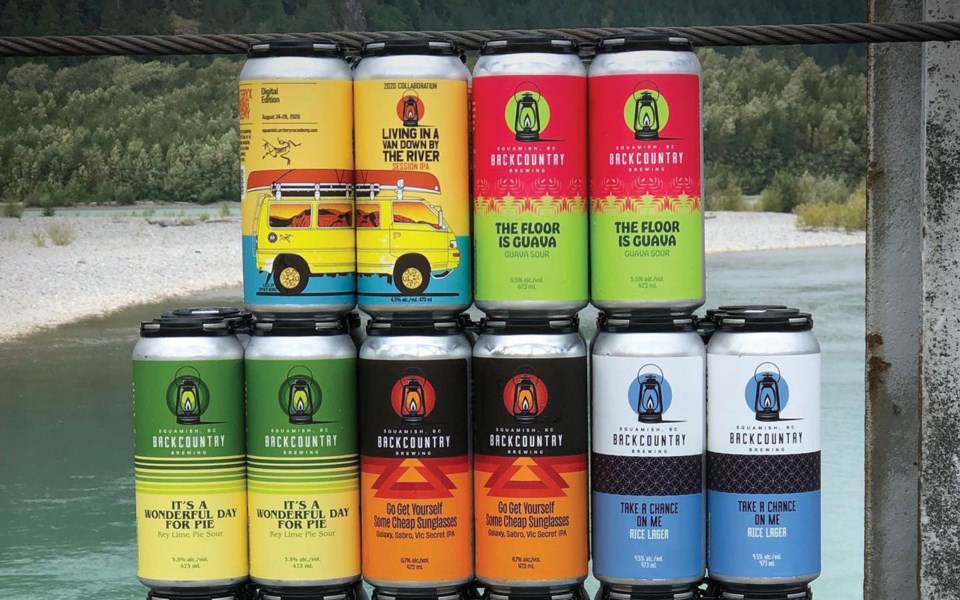 You may have noticed Coast Mountain Brewing’s signature Day Dreamer IPA has a new name and look these days.

The microbrewery decided to change the name of its much-loved beer to the winking “Hope You’re Happy IPA” after an Okanagan winery with a similarly named product raised the issue.

It was just the latest example in a long line of them of B.C. brewers having to contend with potential trademark challenges in a sector that counts close to 200 craft breweries province-wide.

It’s not even the first time Coast Mountain’s co-owner Kevin Winter—who, in a nod to how sensitive the issue can be, declined to comment for this article—had to fret over a possible legal challenge. In the lead-up to its 2016 opening, Coast Mountain—then going by the name Sea to Sky Brewery—was slapped with a cease-and-desist from multinational giant Molson Coors, which had just acquired the trademark for “Sea to Sky.” Rather than fight the world’s third-largest brewer and its army of lawyers in a protracted legal battle, Winter decided to go back to the drawing board.

“It happens all the time,” he said. “At the end of the day, there are a bunch of people who aren’t that imaginative dealing with a finite number of words in the English language. There’s a lot of creative bleed. You’re all drawing from the same pool and the same ideas so much, along with the constant release of products and new breweries coming out, that you just kind of run out of ideas.”

And while the larger brewers, already wary of a craft beer sector that has consistently eaten into their market share, tend to be more protective of their intellectual property, there are plenty of examples of B.C.’s smaller beer-makers taking each other to task as well.

In 2013, Vancouver restaurateur Mark Brand was planning to open his new Sunshine Coast brewery under the name Beachcomber Brewery, and sent a letter to Vancouver Island Brewery, who had been selling a beer called Beachcomber Summer Ale, requesting they change it. Although the island brewery didn’t have a trademark on the name, they had earned enough goodwill that Brand dropped the issue, eventually renaming to Persephone Brewing Company.

In 2015, Three Rangers Brewing changed the name of its pale ale, Mile 49, after Vancouver’s Parallel 49 sent them a cease-and-desist order. Owner Michael Lewis considered fighting it, as Mile 49 is a geographical marker near the brewery’s homebase of Valemount, but ultimately decided it wasn’t worth the legal fees, going with DeRailed Pale Ale instead.

Last year, Penticton’s Hatchery Brewing—co-founded by Liam Peyton, a name that should be familiar to local beer lovers as one of the creators of the Whistler Village Beer Festival—was forced to change its name to Slackwater Brewing after a dispute from an unspecified party.

Then there’s the infamous battle between Phillips Brewing and Red Truck, which, in 2007, took Phillips to court arguing the name of its Blue Truck Ale was too similar to theirs. Red Truck won, forcing Philips to change the name to Blue Buck, which, in an ironic twist of fate, preceded Philips’ ascension to becoming one of the province’s largest craft brewers. (Funnily enough, Phillips found themselves back in court in 2012 when Labatt, with its signature Blue lager, unsuccessfully challenged Phillips’ Blue Buck trademark.)

Oftentimes, without the resources or inclination to go to court, B.C.’s craft brewers will work out their naming issues behind closed doors—like when Winter politely asked Squamish’s Backcountry Brewing to drop the name of one of its limited-run beers, Juice Box Hero, in favour of Coast Mountain’s Juice Box Sour Wit. They agreed.

“He called us up and we said, ‘OK, no problem, we won’t use it again,’ because he had it for his permanent beer,” recalled Backcountry co-founder Ben Reeder. “That’s a story of how it should go.”

In an industry awash with generic geographical beer names, Backcountry Brewing has taken somewhat of a different approach to stand out from the crowd. Relying solely on pop culture references, the Backcountry crew has a couple other strict naming conventions. First, no puns. (OK, some puns.) Second, the names can’t have anything to do with what’s in the can.

“Basically every beer name has been taken, so we went on a different tangent by taking names from pop culture. We weren’t the first to do that but we recognized it would be a cool thing and help us relate to our audience,” said Reeder, highlighting an upcoming sour wit that is being canned next month and was inspired by Monty Python: Strange Women Laying in Ponds, Distributing Swords is No Basis for A System of Government.

“We can guarantee no one is going to have that name,” Reeder said with a laugh.

In an already-saturated market, Smysniuk believes it’s essential that craft brewers think a little further outside the box to differentiate themselves from their competitors.

“If you’re drawing from that same pool and you’re just looking at what’s around you, what’s in the industry and those common beer terms, you’re going to come across the same words and ideas,” he said. “If you’re dipping into other places—pop culture, music—and you’re stretching yourself a little bit and taking yourself to the spirit of what your brand is that’s beyond just beer, I think you can mine some pretty good ideas.”