Presenting a 'pure expression of the fruit' 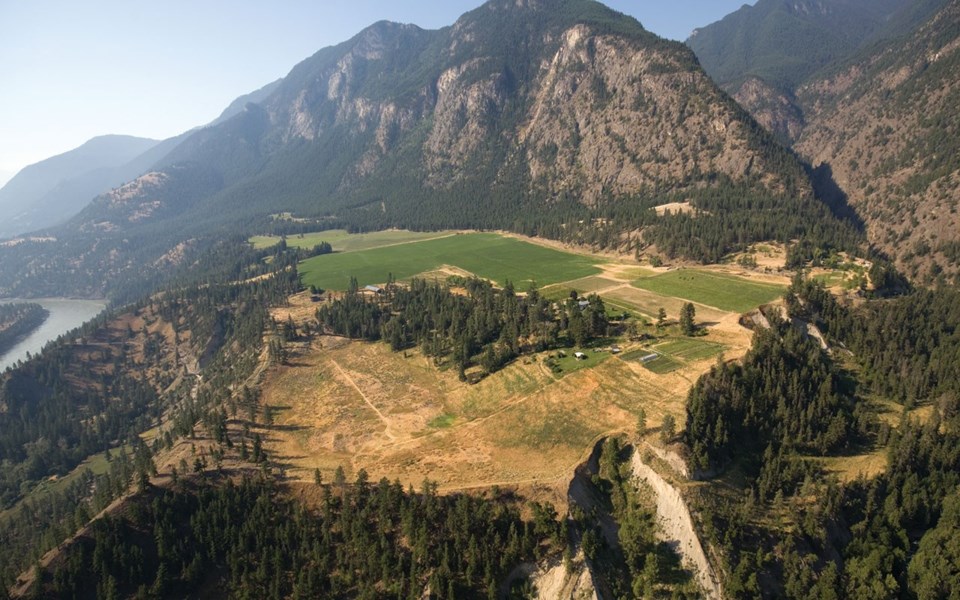 Now, as he heads up Cliff and Gorge Vineyards, his family enterprise at Texas Creek Ranch in Lillooet, he's taking a similar approach.

Opining that myriad wine writers focus too much on industry personalities and far too little on the product itself, Zeidler fully intends to back up his thoughts by producing excellent wine.

"Good wine only comes from good, sound, healthy fruit," Zeidler said. "The No. 1 job here is to grow a fruit that has all the elements that will help it become a good or superior wine. It's about the land. It's about the growing, the growing practices and the climate.

"If we get that sound fruit, we want to be able to present that to our customers as a pretty pure expression of the fruit. What I mean by that is we don't take the attitude that we have a target flavour profile."

While reaching a certain taste or texture can require excessive manipulation, Zeidler's aim is to reflect the quality of the grapes grown on the property.

Cliff and Gorge currently has five 2018 wines up for sale, with four of this year's offerings being single varietals (pinot auxerrois, unoaked pinot noir, cabernet franc and maréchal foch) with a rosé blend that Zeidler calls a "peasant wine" made up of many of the grapes in the experimental vineyard. It turns out that the experimental wine has worked out well.

"There's everything in there except the kitchen sink," he said. "Right at the moment, it's our best-selling wine.

"It's very good acidity, very refreshing. We designed it to be a thirst-quenching wine."

Though Cliff and Gorge has only recently started to sell its wines, making its offerings public has long been a dream of Zeidler. He and wife Deanne bought the property, along with Brad Kasselman, 11 years ago after a long search for a suitable parcel, while he planted the first vines shortly afterward.

"We took a bit of a different approach in that we planted 32 different grape varieties here in what we call our experimental vineyard. There are a lot of different factors going into what finally ends up being your choice for the wine you're going to make and the one you're going to present," he said. "How it tastes in the bottle is only one of them."

Following fully organic principles, Cliff and Gorge does not use herbicides or pesticides in its operation, so finding grapes that would resist diseases and perform well in colder temperatures was key.

Eventually, Cliff and Gorge narrowed down its vines, though it is preparing a sixth wine for 2020. Zeidler is considering developing more of the 165 acres (66.77 hectares), as only seven acres (2.83 hectares) are being utilized for grapes, but plans to discuss the future with his two Lillooet-resident sons in the near future.

With Cliff and Gorge joining the established Fort Berens Estate Winery in Lillooet, Zeidler feels that the region is poised for further expansion, and he's not alone. The provincial government anointed the region as one of four new wine regions in 2018.

While growing in Lillooet has its limits—producing shiraz and malbec, for example, is off the table—he explained the realities of climate change have made the area increasingly appealing.

"Grape growers are really at the forefront of seeing the effect of climate change because our crops are quite sensitive and respond quite a bit to changes in climate," Zeidler said. "In a lot of wine-growing regions in the world, the challenge is right now that, because of warmer temperatures and longer seasons in particular, that sugars are going up in grapes. When sugars go up, alcohol levels go up."

At the same time that sugar levels are increasing, Zeidler explained, other flavours are still developing and, most concerning to him, acids are disappearing from the grape.

"It's getting much harder to keep a wine that is a reasonable alcohol level and tastes what you would like it to taste like, and still be refreshing because of the acid in it," he said. "To me, if the wine doesn't refresh you—whatever that wine is—I can't see the point in drinking it to be honest."

Lillooet's location in a desert region, but with mountains surrounding it, means that there are high temperatures during the day and cooler temperatures at night, which allows the grape to develop its sugars and acids.

Cliff and Gorge currently offers a simple tasting facility, where visitors can take a tour and purchase wine. Guests can also walk on the property to see the Texas Creek and Fraser River gorges.

As a small operation, Zeidler said the winery is open "by friendly appointment only" just to ensure that someone is on site when visitors intend to come by. To schedule a time, call 250-256-8000.

For more, check out cliffandgorge.com.