Shred salad bar a 'labour of love' for Whistler restaurateur

Main Street home to new 'creative salad kitchen,' thanks to owners of Brickworks, Three Below
Feb 21, 2018 5:00 PM By: Brandon Barrett 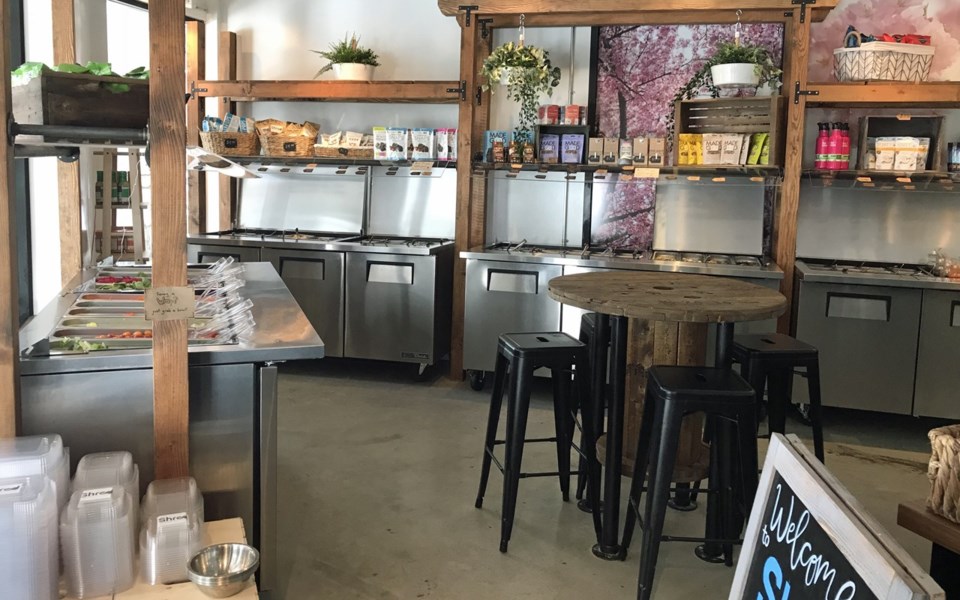 The owners behind the Brickworks Hospitality Group count several resort pubs and restaurants in their portfolio, but it's their latest venture, salad bar Shred, that sits nearest and dearest to Priyanka Kathuria's heart.

"Shred is more of my labour of love because salad is something I eat a lot of, and I felt it was missing from the market," explained Kathuria, the Whistler resident who, along with Shred, operates Three Below, Brickworks and Main Street Noodles.

Marketed as a "creative salad kitchen," Shred offers a variety of vegan and gluten-friendly salad options, along with homemade soups, baked goods and hearty wraps. And, you can, like the slogan of a certain burger purveyor, have it your way.

"It's a self-serve salad bar," Kathuria explained. "You can go as large or as little as possible; you're making the decision on how you want to build your salad."

That DIY ethos extends to Shred's other meals as well, with options to build your own wraps, as well as plans in the works for a self-serve oatmeal and smoothie bar during the morning breakfast rush.

All priced at $2.89 per 100 grams, Kathuria said keeping the menu affordable was one of the main goals behind the concept.

"We are trying to strike that balance between going as organic as we can and using as much fresh produce as we can, but also making sure that it's accessible to the mass market," she said.

Shred, which opened Jan. 26, will also serve as a showcase for local vendors, featuring, for example, organic raw treats from Solfeggio Foods. Kathuria is also in discussions with a couple of Function Junction-based bakeries to bring their products onboard.

"We want to provide a place for other businesses in Whistler that can't have a brick-and-mortar store. That's part of our goal," she added.

"I love the fact that everything is locally owned in that area. I find that you're not working against each other but with each other. There's a nice camaraderie," she said. "We want to help each other out and have that area become known for what it is now: amazing places to eat, with lots of variety."

A resort resident for the past 12 years, Kathuria is adamant about catering to the wants and needs of locals first and foremost — even if it costs a little extra, like the commitment to using compostable packaging at Shred.

"That was a hurdle we hit at Main Street Noodles, so we wanted to make sure we've translated (compostable packaging) over to Shred so that we're giving people what they want," she said.

"In Whistler, it's really important to keep the locals happy," Kathuria added. "We're long-term locals, so we're simply trying to provide a product that this town needs and wants."

Shred is open 9 a.m. to 7 p.m. daily. Check out the Shred Facebook page for more information.