Take this Earth as a whole 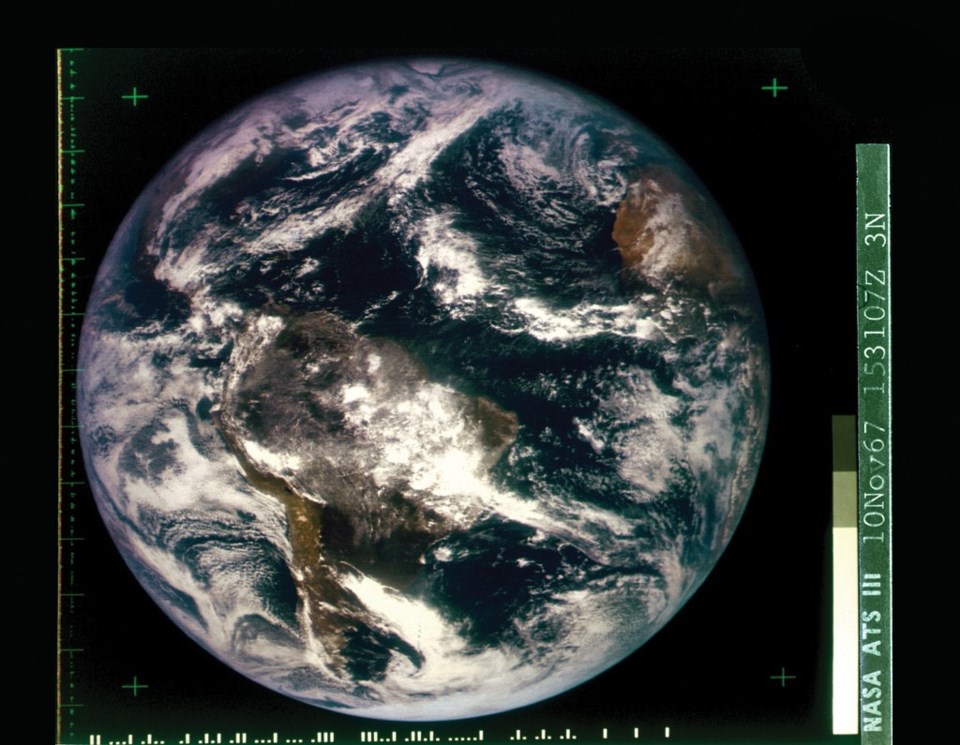 With metrics of a whole other order preoccupying most of us these days, I just wanted to take a breather here, channel my old inner hippie, and remind us all that Earth Day is marking its 50th anniversary this year. An anniversary like no other.

Other than a few skimpy articles, and the odd science/enviro blogs and shows paying modest tribute, April 22, Earth Day, largely passed unnoticed this year, much as Earth Hour did nearly a month ago with "lockdown" rather than "lights out" preying on everyone's mind.

For Earth Hour 2020, B.C. only reduced its power use by about one per cent, or about half of our reduction last year.

Whistler, though, can still stand proud for not letting a little virus get in the way of what's unabashedly a symbolic gesture that started in Australia in 2007 to engage Aussies on climate change. The resort municipality, once again, was top dog in the province for darkening its doors and other fenestrations, with a six-per-cent power reduction. But wait, I can already hear the cynics cry: Is that all, what with the whole village shuttered and darkened like never before?!

Go ahead, chalk it up to some kind of reductive symbolism, but with Abbotsford bearing the ignominious honour of delivering B.C.'s tiniest power reduction this year, there's some kind of truth at play. History will reckon it all, I'm sure.

In the meantime, let me dig out my Birkenstocks and flip-floppy hat and pull this longer hair out of my face—longer than usual, what with my favourite hair-cutter still shut down, but not as long as it was back in 1968 when Stewart Brand's first Whole Earth Catalogue took the world by storm with that amazing photo of our entire precious planet gracing its cover.

Brand, who's been on the cutting edge of so many cool initiatives the past 50-plus years you lose count (see the CoEvolution Quarterly, Global Business Network and The Long Now Foundation, for starters), was part of Ken Kesey's gang, though not a Merry Prankster per se, something I learned while living in California during those flower-powered days.

In fact, you'll find him, Brand, a Stanford-educated biologist, immortalized on Page 2 of Tom Wolfe's Electric Kool-Aid Acid Test, wheeling a pick-up truck through the streets of San Francisco that Wolfe is bouncing around in the back of. (Hey, you young boho-hipster rebels, go check out that book as I just did mine, a crispy yellowed fifth-edition bought back in '69 when I was a young Edmonton kid who knew there had to be a better way. The New York Times calls it "the best book on hippies.")

There's Brand, "a thin blond guy with a blazing disk on his forehead and a whole necktie made of Indian beads" ferrying Wolfe to interview Kesey, already a highly regarded novelist after pumping out One Flew Over the Cuckoo's Nest and Sometimes a Great Notion before age 30!

The so-called photo of the whole Earth that graced the front of that Whole Earth Catalogue in '68 was a magnificent composite of images taken by NASA's ATS-3 satellite that Brand, along with Buckminster Fuller and others, campaigned hard to get into the public domain. It's not as cherry (as we'd say back in hippiedom) as some of the later images of Earth taken from space, including the famous "Earthrise" photo Brand used on later editions. (That one was taken by astronaut William Anders from Apollo 8 as it circled the moon.) But it's the ATS-3 image that first drilled the singularity and finiteness of our planet into our muddled mammalian minds.

Enter Earth Day. The year after Brand's first Whole Earth Catalogue, a massive oil spill hit the coast of Santa Barbara. Gaylord Nelson, then a junior Democratic senator from a place in Wisconsin with the lovely name of Clear Lake, had long been concerned about environmental degradation. With a Republican co-chair and student activist organizers like Harvard grad Denis Hayes, now an advocate of solar power, the first Earth Day kicked off on U.S. campuses April 22, 1970, between Spring Break and final exams to gain the greatest student participation.

Where would we be without our student protestors?

This year's Earth Day has been peppered with musings about the coronavirus and climate change, and all the pressure on our precious, singular planet with ever more of us crowded onto it.

Mr. Hayes, for one, wrote a terrific essay in The Seattle Times pointing out that COVID-19 "robbed us of Earth Day this year. So let's make Election Day Earth Day." A piece worthy of your time, it outlines the two years of effort behind the scenes with the likes of Greta Thunberg and 350.org to make Earth Day's 50th birthday party a real zinger. Their ultimate goal: politically activate people and get a global Green New Deal.

With oil prices in negative territory (I'm not making this up!) as storage capacity is full and companies are paying customers to get rid of it, maybe Earth Day 2020 will go down in history after all.

Maybe, just maybe, with our newfound "in this together-ness" and politicians of all stripes rediscovering the time-honoured tradition that they can, and should, work together for the common good, we might, just might, see a silver-green lining to this current cloud.