The Green Moustache turns to equity crowdfunding for capital expansion 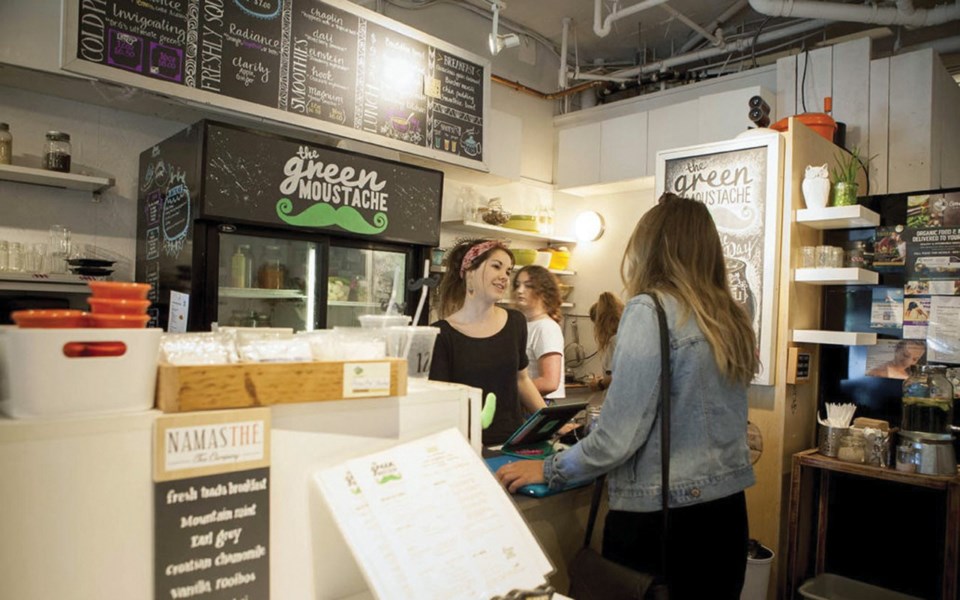 With its sights set on a capital expansion, Whistler health-food company The Green Moustache isn't turning to the traditional big-money investors for funding.

"We've reached this next stage of growth where we are looking for investment, and instead of going with the investors that have approached us or we approached in the past, we decided to go with (equity crowdfunding platform FrontFundr) because it allows our average customer to be able to invest in our company," explained Green Moustache founder and CEO Nicolette Richer. "If they're spending their money with us, we want to give them the first right to invest with the Green Moustache instead of some person in Toronto who might not know us."

FrontFundr is an organization that allows non-accredited investors to invest in early-stage companies that have proven successful. Setting a minimum investment of $500, Green Moustache Holdings (which encompasses Green Moustache's restaurant locations, Richer Health Consulting and the Nutrition and Detox Wellness Centre in Pemberton) is selling 10 per cent of the company to investors for non-voting common shares. Investors will also receive bonus rewards on top of their initial investment.

"It just made sense," Richer said of the campaign. "We wanted our customers and our community to financially benefit from the growth of The Green Moustache given that it's a community-based organization that's trying to create health in the community. There's physical health, but there's also the concept of financial health, and this allows our customers to be financially healthy as well. If we do well, they do well."

Green Moustache has expanded rapidly since launching its first organic, whole-food vegan café in Marketplace four years ago; it now counts five locations in B.C. and Alberta, with two more set to open in the coming months. It also has a fresh-food vending machine in the Meadow Park Sports Centre, with ambitions to launch more vending machines in hospitals, schools, libraries and other public facilities across B.C. that would be serviced by a commissary kitchen planned for Vancouver.

"We've been working with hospitals for the past year and a half to try and get in and secure a space, so we are still waiting on that bid," Richer explained. "We feel we have a very strong chance of getting that, so we are going to be building a commissary in Vancouver to do food production, so that we can launch two things: One is the hospital program, if we get the bid, and the second one is to roll out our vending machines in Vancouver."

The FrontFundr campaign, if successful, would also allow the company to invest in a formal marketing program for the first time, as well as the international expansion of Richer Health Consulting's online education platform.

Richer believes equity crowdfunding could be a successful model for restaurant companies in the future. "I think it is a way that a lot of business can move forward, especially restaurant businesses. A lot of investors in the restaurant industry feel it's a risky business because new restaurants don't have a great reputation for lasting more than a year," she said. "If you're a tech company, it's very different. A private investor might be the way to go, but with FrontFundr, what's nice is that it makes it a little bit easier to attract investors, but you still need to have a good business model, a good financial pro forma and history."

The Green Moustache is hosting a launch party for its campaign on Wednesday, Oct. 24 from 6:30 to 9 p.m. at the co-working site, Space, in Function Junction. Tickets can be reserved at thegreenmo.eventbrite.ca.