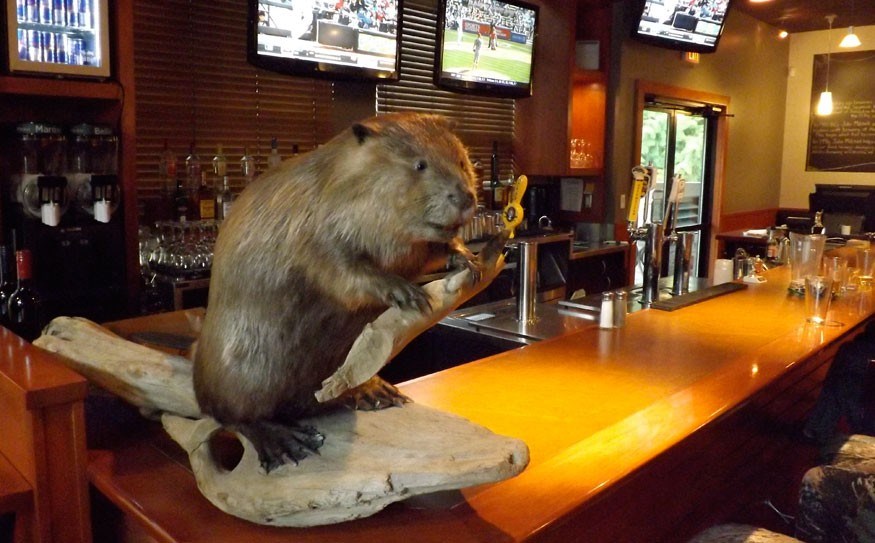 When one thinks about ethnic food the last country most of us think about is the one we're in.

But Whistler's Tony Medd has convinced a Vancouver investor that the recipe for success in Whistler is a Canadian comfort food restaurant with a modern twist, or Haute Shuswap, as they like to call it. The new operation at the Aava Hotel is in the location vacated recently by White Spot. The area has been given a paint job and reopened as Canada House. According to Medd, the restaurant operated on weekends through the last half of May and seven-day a week operations are set to begin on June 1.

Medd says as much of the food and drink as possible is being sourced from B.C. A "friendship" has been formed, says Medd, with Howe Sound Brewing so beer from the Squamish brewery will be available on tap as the house beer along with ales from other microbreweries around the province. He says a dozen craft beers will be available on tap.

"It's comfort foods your mom would cook if you grew up in Canada, but it has a modern twist to it," says Medd of the menu. "We're just taking everything and tweaking it to look a little nicer than your mom would have presented it on a plate."

The menu includes burgers and, says Medd, Canada House also offers a great breakfast menu that he predicts will be one of the best in the village. Canadian salmon, halibut, chicken and prime rib dinners are coming onto the menu as the restaurant gets into full operation.

Ninety per cent of the menu items are being made from scratch in the Canada House kitchen.

The interior decoration is a work in progress with Canadian memorabilia being brought in to decorate the restaurant.

"It'll be stuff that reminds us of really old Canada all the way up to very modern Canada and not fixated on one thing," says Medd.

Don't look for a cartoon moose. But, says Medd, do look for the stuffed beaver at the end of the bar.

Canada House will operate from 7 a.m. until early afternoon then take a short afternoon break to reopen for dinner service.

Meanwhile, clear across the village, there's another new restaurant in its early stages of operation. Los Sombreros is serving up Mexican food in the space formerly known as the Little Eatery facing Whistler Olympic Plaza.

The new outlet offers menu items that are $9.95 or less with the beverage emphasis on margaritas. Los Sombreros operates seven days a week with hours that vary, but include late-night operations on weekends.

The Mexican ambience is evident from first glance with a Mexican flag flying just outside the doors and the sound of Mexican music mingling with the aroma generated by the creation of tacos, Quesada's and other classic Mexican dishes.