With the rent due, some Whistler eateries have no choice but to reopen 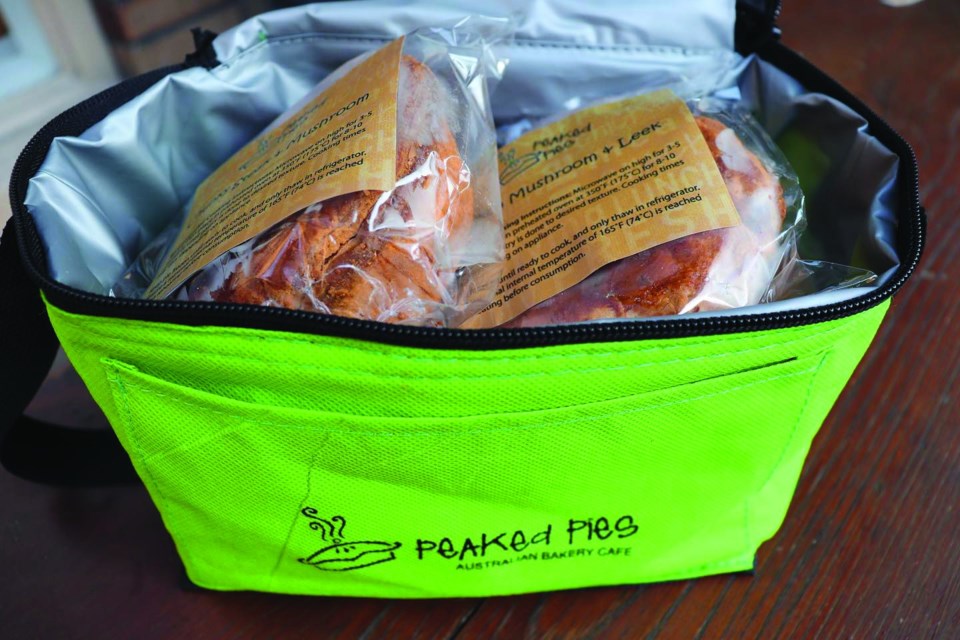 Peaked Pies on Main Street is one of several Whistler eateries that recently reopened for delivery and takeout-mostly out of economic necessity, according to co-owner Kerri Jones. | Facebook photo

News of several Whistler cafes and restaurants reopening in the past week could be viewed as the beginning of a return to normalcy. But with the rent due on May 1 and the bills piling up, some owners struggling to stay afloat during the COVID-19 crisis have little choice but to reopen their doors.

Chris Ankeny made the decision to shutter his two coffee shops-Mount Currie Coffee Co., which has locations in Whistler and Pemberton, soon after Whistler Blackcomb announced its closure in mid-March. Initially, Ankeny wanted to take the time to understand the new COVID-19 reality and ensure the safety of his staff and customers. But as the realization set in that stay-at-home orders and physical-distancing measures would be in place for weeks, if not months, he knew he couldn't hold out much longer.

"I gave it a couple weeks to assess and basically came to the conclusion that this will be going on all summer. The reality is we can't survive being closed for that long," Ankeny said. "Given I'm a pretty small business, I can run a tight crew with shorter hours and limited offerings. My hope is we will get enough local traffic that we can tread water for the foreseeable future."

A handful of eateries have recently announced their reopening for takeout, including Ankeny's Main Street neighbour Peaked Pies, Creekbread, Southside Diner and Samurai Bowl, while others, like fine dining staples Bearfoot Bistro and Araxi, have completely reconfigured their operations to focus exclusively on takeout and delivery for the first time. Then there are those that have weathered the storm by staying open—albeit with limited hours and staffing-all throughout the downturn.

According to Tourism Whistler's tracking, of 135 listed restaurants, bars, clubs and breweries that serve food, at press time, 57 were operating in some limited form. (The full list of business closures can be found at cdn.whistler.com/s3/pdf/covid-19-business-impact-whistler.pdf. The Restaurant Association of Whistler [RAW] and Barber Media have also launched the Taste Whistler smartphone app to keep the community updated on available takeout, delivery and grocery options.)

RAW, meanwhile, is calling on members to contact Whistler's federal and provincial representatives to "help ensure the F&B/hospitality sector is fairly considered and equitably addressed while national and provincial aid programs and procedures are currently being drafted," according to the call for action posted to its website.

"We've reached out to a lot of our members and everyone is in support because we're here to keep Whistler together and keep that vibrant restaurant community that we have," said RAW president Eric Griffith. "Getting people to write letters from their own business with their own stories, that's important."

Restauranteurs in Whistler and beyond had called on Ottawa to loosen the eligibility for its 75-per-cent emergency wage subsidy to better accommodate the specific situations companies now find themselves in—particularly for businesses that experience seasonal fluctuations in revenue. Last week, the feds did relax requirements so that businesses only had to show a 15-per-cent decline in year-over-year revenue to be eligible, down from 30 per cent previously. The government also agreed to remove the need to reapply every month; now, employers found eligible for a specific period automatically quality for the next period.

Griffith said local interest in the program varies depending on the restaurant and their current situation.

"It's a very individual decision whether the business owners can take advantage of it. Some that are, I think it's working, and then others that aren't, potentially it's because their business is in a different situation, or shut down, and they don't have a product to offer right now," he explained.

"Lease rates have been rising and rising as Whistler has gotten busier and busier, so they were at an all-time high and then—boom—this hits. People are shuttered and there's zero cash flow coming in and we're still paying these high lease rates," she said. "It's an unfortunate circumstance that is not survivable."

Jones pointed to a mandatory code of conduct introduced last week in her native Australia that is asking commercial landlords and tenants to work out an arrangement that sees them sharing the burden of costs, based on the tenant's decline in revenue.

"That's what we're asking for. We're not asking for a free ride," she said. "We're still open for takeaway and deliveries, so we want to pay our landlord what we can afford to pay them and work with them in some way."

Whatever government support is available, the reality is that restaurants need it sooner than later. "If your business is shut down and you have fixed costs, then things are urgent," said Griffith.

According to a recent Restaurants Canada survey, nearly one out of 10 restaurants in the country have already closed permanently during the COVID-19 crisis, while another 18 per cent say they'll be forced to close permanently within a month if current conditions persist.