Free will astrology for the week of February 22 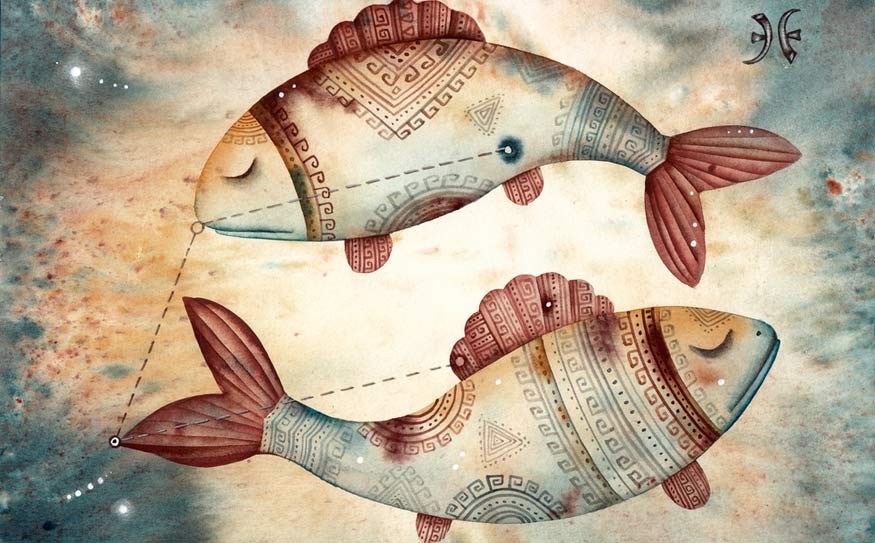 ARIES (March 21-April 19):
When you're playing poker, a wild card refers to a card that can be used as any card the cardholder wants it to be. If the two of hearts is deemed wild before the game begins, it can be used as an ace of diamonds, jack of clubs, queen of spades, or anything else. That's always a good thing! In the game of life, a wild card is the arrival of an unforeseen element that affects the flow of events unpredictably. It might derail your plans, or alter them in ways that are at first inconvenient but ultimately beneficial. It may even cause them to succeed in an even more interesting fashion than you imagined they could. I bring this up, Aries, because I suspect that you'll be in the Wild Card Season during the next four weeks. Any and all of the above definitions may apply. Be alert for unusual luck.

TAURUS (April 20-May 20):
If you gorge on five kilograms of chocolate in the next 24 hours, you will get sick. Please don't do that. Limit your intake to no more than half a kilogram. Follow a similar policy with any other pleasurable activity. Feel emboldened to surpass your normal dosage, yes, but avoid ridiculous overindulgence. Now is one of the rare times when visionary artist William Blake's maxim is applicable: "The road of excess leads to the palace of wisdom." So is his corollary, "You never know what is enough until you know what is more than enough." But keep in mind that Blake didn't say, "The road of foolish, reckless exorbitance leads to the palace of wisdom."

GEMINI (May 21-June 20):
Have you ever had a rousing insight about an action that would improve your life, but then you failed to summon the willpower to actually take that action? Have you resolved to embark on some new behaviour that would be good for you, but then found yourself unable to carry it out? Most of us have experienced these frustrations. The ancient Greeks had a word for it: akrasia. I bring it up, Gemini, because I suspect you may be less susceptible to akrasia in the next four weeks than you have ever been. I bet you will consistently have the courage and command to actually follow through on what your intuition tells you is in your best interests.

CANCER (June 21-July 22):
"There is no such thing as a failed experiment," said inventor Buckminster Fuller, "only experiments with unexpected outcomes." That's an excellent guideline for you to keep in mind during the coming weeks. You're entering a phase of your astrological cycle when questions are more important than answers, when explorations are more essential than discoveries, and when curiosity is more useful than knowledge. There will be minimal value in formulating a definitive concept of success and then trying to achieve it. You will have more fun and you will learn more by continually redefining success as you wander and ramble.

LEO (July 23-Aug. 22):
During the Second World War, British code-breakers regularly intercepted and deciphered top-secret radio messages that high-ranking German soldiers sent to each other. Historians have concluded that these heroes shortened the war by at least two years. I bring this to your attention, Leo, in the hope that it will inspire you. I believe your own metaphorical code-breaking skills will be acute in the coming weeks. You'll be able to decrypt messages that have different meanings from what they appear to mean. You won't get fooled by deception and misdirection. This knack will enable you to home in on the elusive truths that are circulating — thus saving you from unnecessary and irrelevant turmoil.

VIRGO (Aug. 23-Sept. 22):
In April 1972, three American astronauts climbed into a spacecraft and took a trip to the moon and back. On the second day of the 11-day jaunt, pilot Ken Mattingly removed and misplaced his wedding ring. In the zero-gravity conditions, it drifted off and disappeared somewhere in the cabin. Nine days later, on the way home, Mattingly and Charlie Duke did a space walk. When they opened the hatch and slipped outside, they found the wedding ring floating in the blackness of space. Duke was able to grab it and bring it in. I suspect that in the coming weeks, you will recover a lost or missing item in an equally unlikely location, Virgo. Or perhaps your retrieval will be of a more metaphorical kind: a dream, a friendship, an opportunity.

LIBRA (Sept. 23-Oct. 22):
According to British philosopher Alain de Botton, "Maturity begins with the capacity to sense and, in good time and without defensiveness, admit to our own craziness." He says that our humble willingness to be embarrassed by our confusion and mistakes and doubts is key to understanding ourselves. I believe these meditations will be especially useful for you in the coming weeks, Libra. They could lead you to learn and make use of robust new secrets of self-mastery.

SCORPIO (Oct. 23-Nov. 21):
During the next four weeks, there are three activities I suspect you should indulge in at an elevated rate: laughter, dancing, and sex. The astrological omens suggest that these pursuits will bring you even more health benefits than usual. They will not only give your body, mind, and soul the precise exercise they need most; they will also make you smarter and kinder and wilder. Fortunately, the astrological omens also suggest that laughter, dancing, and sex will be even more easily available to you than they normally are.

SAGITTARIUS (Nov. 22-Dec. 21):
The little voices in your head may have laryngitis, but they're still spouting their cracked advice. Here's another curiosity: You are extra-attuned to the feelings and thoughts of other people. I'm tempted to speculate that you're at least temporarily telepathic. There's a third factor contributing to the riot in your head: People you were close to earlier in your life are showing up to kibitz you in your nightly dreams. In response, I bid you to bark "Enough!" at all these meddlers. You have astrological permission to tell them to pipe down so you can hear yourself think.

CAPRICORN (Dec. 22-Jan. 19):
Paleontologist Jack Horner says that developmental biologists are halfway toward being able to create a chickenosaurus — a creature that is genetically a blend of a chicken and a dinosaur. This project is conceivable because there's an evolutionary link between the ancient reptile and the modern bird. Now is a favourable time for you to contemplate metaphorically similar juxtapositions and combinations, Capricorn. For the foreseeable future, you'll have extra skill and savvy in the art of amalgamation.

AQUARIUS (Jan. 20-Feb. 18):
"Be stubborn about your goals but flexible about your methods." That's the message I saw on a woman's T-shirt today. It's the best possible advice for you to hear right now. To further drive home the point, I'll add a quote from productivity consultant David Allen: "Patience is the calm acceptance that things can happen in a different order than the one you have in mind." Are you willing to be loyal and true to your high standards, Aquarius, even as you improvise to uphold and fulfill them?

PISCES (Feb. 19-March 20):
In her novel The Round House, writer Louise Erdrich reminisces about how hard it was, earlier in her life, to yank out the trees whose roots had grown into the foundation of her family's house. "How funny, strange, that a thing can grow so powerful even when planted in the wrong place," she says. Then she adds, "ideas, too." Your first assignment in the coming weeks, my dear Pisces, is to make sure that nothing gets planted in the wrong place. Your second assignment is to focus all your intelligence and love on locating the right places for new seeds to be planted.

Homework: Is it possible there's something you really need but you don't know what it is? Can you guess what it might be? Go to Freewillastrology.com and click on "Email Rob."