ARIES (March 21-April 19): The Macy's ad I saw in the newspaper had a blaring headline: "Find Your Magic 2.0." The items that were being touted to help us discover our upgraded and more deluxe sense of magic were luxurious diamond rings.
Jan 18, 2012 8:00 PM By: Rob Breszny 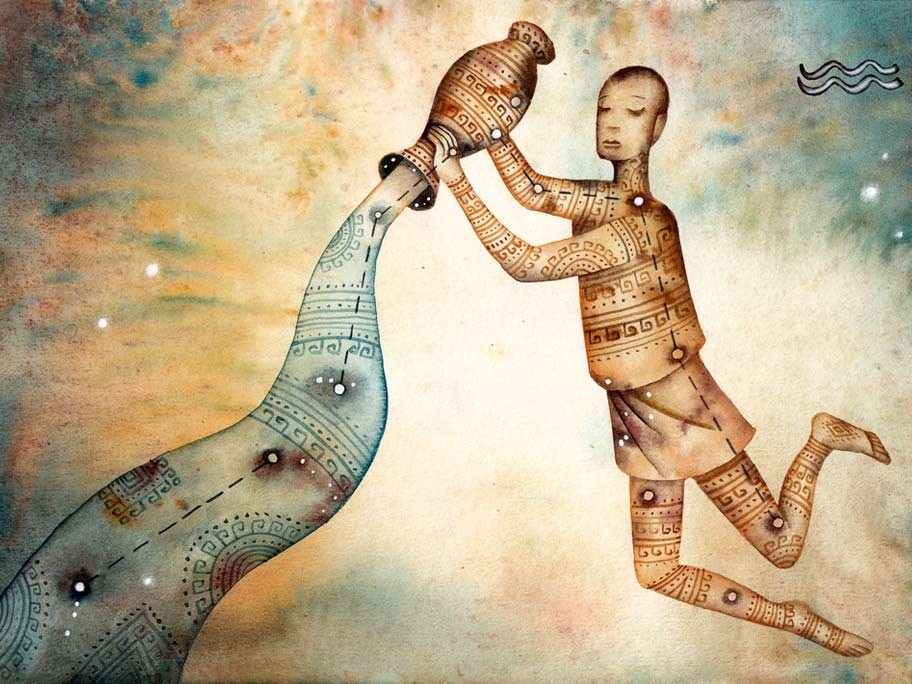 ARIES (March 21-April 19): The Macy's ad I saw in the newspaper had a blaring headline: "Find Your Magic 2.0." The items that were being touted to help us discover our upgraded and more deluxe sense of magic were luxurious diamond rings. The cheapest was $2,150. I'm going to try to steer you in another direction in your quest to get in touch with Magic 2.0, Aries. I do believe you are in an excellent position to do just that, but only if you take a decidedly non-materialistic approach. What does your intuition tell you about how to hook up with a higher, wilder version of the primal mojo?

TAURUS (April 20-May 20): The U.S. Constitution has survived 222 years, longer than the constitution of any other nation on the planet. But one of America's founding fathers, Thomas Jefferson, might have had a problem with that. He believed our constitution should be revised every 19 years. Personally, I share Jefferson's view. And I would apply that same principle of regular reinvention to all of us as individuals — although I think it should be far more frequently than every 19 years. How long has it been since you've amended or overhauled your own rules to live by, Taurus? Judging by the astrological omens, I suspect it's high time.

GEMINI (May 21-June 20): "It is respectable to have no illusions — and safe — and profitable and dull," said author Joseph Conrad. Taking our cue from his liberating derision, I propose that we protest the dullness of having no illusions. Let's decry the blah gray sterility that comes from entertaining no fantastic fantasies and unreasonable dreams. How boring it is to have such machine-like mental hygiene! For this one week, Gemini, I urge you to celebrate your crazy ideas. Treasure and adore your wacky beliefs. Study all those irrational and insane urges running around your mind to see what you can learn about your deep, dark unconsciousness. (P.S.: But I'm not saying you should act on any of those phantasms, at least not now. Simply be amused by them.)

CANCER (June 21-July 22): If you were a medieval knight going into battle with a full suit of armor, the advantage you had from the metal's protection was offset by the extra energy it took to haul around so much extra weight. In fact, historians say this is one reason that a modest force of English soldiers defeated a much larger French army at the Battle of Agincourt in 1415. The Frenchmen's armour was much bulkier, and by the time they slogged through muddy fields to reach their enemy, they were too tired to fight at peak intensity. The moral of the story, as far as you're concerned: To win a great victory in the coming weeks, shed as many of your defense mechanisms and as much of your emotional baggage as possible.

LEO (July 23-Aug. 22): One way or another, you will be more famous in the coming months than you've ever been before. That might mean you'll become better known or more popular . . . or it could take a different turn. To tease out the nuances, let's draw on Naomi Shihab Nye's poem "Famous." "The river is famous to the fish. // The loud voice is famous to silence, / which knew it would inherit the earth / before anybody said so. // The cat sleeping on the fence is famous to the birds / watching him from the birdhouse. // The tear is famous, briefly, to the cheek. // The idea you carry close to your bosom / is famous to your bosom." (Read the whole poem here: bit.ly/FamousToWhom.)

VIRGO (Aug. 23-Sept. 22): Three famous actresses formed the British Anti-Cosmetic Surgery League last year. Rachel Wiesz, Kate Winslet, and Emma Thompson say they believe people should be happy with the physical appearance that nature gave them. Is it rude of me to note that unlike most of the rest of us, those three women were born gorgeous? It's easy for them to promise not to mess with their looks. Do you ever do that, Virgo? Urge other people to do what's natural for you but a challenge for them? I recommend against that this week. For example: If you want to influence someone to change, be willing to change something about yourself that's hard to change.

LIBRA (Sept. 23-Oct. 22): I predict major breakthroughs in your relationship to intimacy and togetherness in 2012, Libra — if, that is, you keep in mind the following counsel from psychologist Dr. Neil Clark Warren: "Attraction and chemistry are easily mistaken for love, but they are far from the same thing. Being attracted to someone is immediate and largely subconscious. Staying deeply in love with someone happens gradually and requires conscious decisions, made over and over again." (Read more by Warren here: tinyurl.com/WiseChoices.)

SCORPIO (Oct. 23-Nov. 21): Purslane is a plant that's also known colloquially as pigweed. It's hearty, prolific, and spreads fast. In a short time, it can grow out-of-control, covering a large area with a thick carpet. On the other hand, it's a tasty salad green and has a long history of being used as a cooked vegetable. As a medicinal herb, it's also quite useful, being rich in omega-3 fatty acids as well as a number of vitamins and minerals. Moral of the story: Keep pigweed contained — don't let it grow out of control — and it will be your friend. Does anything in your life fit that description?

SAGITTARIUS (Nov. 22-Dec. 21): As he approaches his 70th birthday, retiree and Michigan resident Michael Nicholson is still hard at work adding to his education. He's got 27 college degrees so far, including 12 master's degrees and a doctorate. Although he's not an "A" student, he loves learning for its own sake. I nominate him to be your role model for the coming weeks, Sagittarius. Your opportunities for absorbing new lessons will be at a peak. I hope you take full advantage of all the teachings that will be available.

CAPRICORN (Dec. 22-Jan. 19): The Bible addresses the subjects of money and possessions in about 2,000 verses, but devotes only 500 verses to prayer and 500 to faith. As you know, my advice in these horoscopes usually tends to have the opposite emphasis: I concentrate more on spiritual matters than materialistic concerns. But this time, in acknowledgment of the specific cosmic influences coming to bear on you, I'm going to be more like the Bible. Please proceed on the assumption that you have a mandate to think extra deeply and super creatively about money and possessions in the coming weeks. Feel free, too, to pray for financial guidance and meditate on increasing your cash flow.

AQUARIUS (Jan. 20-Feb. 18): Here's one of my favorite quotes from American philosopher Ralph Waldo Emerson: "I hate quotations. Tell me what you think." The current astrological omens suggest that this is an excellent message for you to heed. It's crucial for you to know your own mind and speak your own thoughts. It's smart to trust your own instincts and draw on your own hard-won epiphanies. For best results, don't just be skeptical of the conventional wisdom; be cautious about giving too much credence to every source of sagacity and expertise. Try to define your own positions rather than relying on theories you've read about and opinions you've heard.

PISCES (Feb. 19-March 20): Why did Mark Gibbons strap a washing machine to his back and then climb to the top of Mount Snowdown in Wales? He did it to raise charity money for the Kenyan Orphan Project. If, in the coming weeks, you try anything as crazy as he did, Pisces, make sure it's for an equally worthy cause. Don't you dare take on a big challenge simply to make people feel sorry for you or to demonstrate what a first-class martyr you can be. On the other hand, I'm happy to say that you could stir up a lot of good mojo by wandering into previously off-limits zones as you push past the limitations people expect you to honor.

Homework: Imagine that one of your heroes comes to you and says, "Teach me the most important things you know." What would you say? FreeWillAstrology.com.