Free will astrology for the week of July 25

ARIES (March 21-April 19): After analyzing unusual animal behaviour, magnetic fluctuations, outbreaks of mayhem on Twitter, and the position of the moon, a psychic has foretold that a moderate earthquake will rumble through the St. Louis, Mo.
Jul 25, 2019 12:00 AM By: Pique Newsmagazine Staff 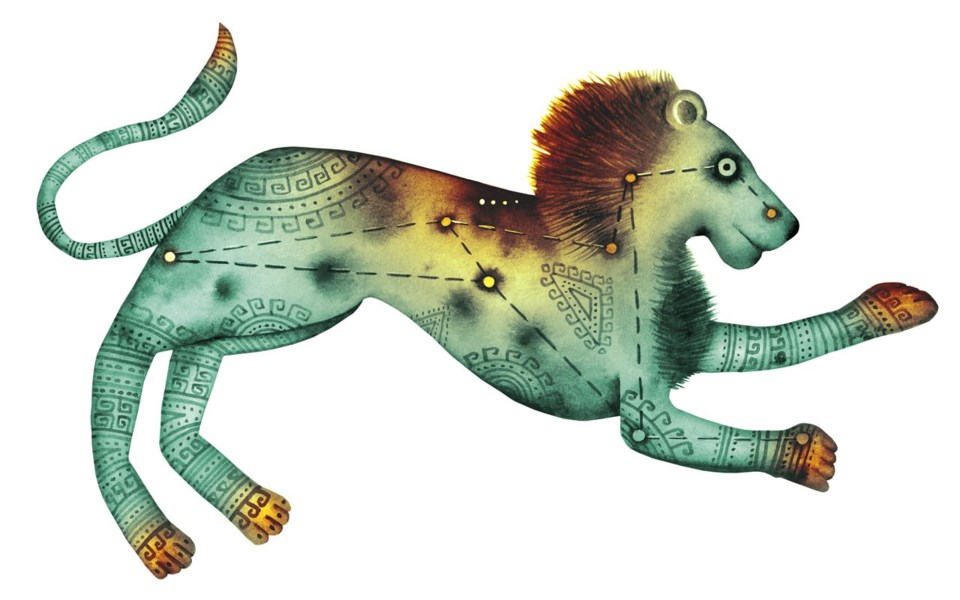 ARIES (March 21-April 19):
After analyzing unusual animal behaviour, magnetic fluctuations, outbreaks of mayhem on Twitter, and the position of the moon, a psychic has foretold that a moderate earthquake will rumble through the St. Louis, Mo. area in the coming weeks. I don't agree with her prophecy. But I have a prediction of my own. Using data about how cosmic forces are conspiring to amuse and titillate your rapture chakra, I predict a major lovequake for many Aries between now and Aug. 20. I suggest you start preparing immediately. How? Brainstorm about adventures and breakthroughs that will boost exciting togetherness. Get yourself in the frame of mind to seek out collaborative catharses that evoke both sensory delights and spiritual insights.

TAURUS (April 20-May 20):
"Tell me what you pay attention to and I will tell you who you are," wrote Taurus philosopher José Ortega y Gasset. You could use that idea to achieve a finer grade of peace and grace in the coming weeks. The navel-gazing phase of your yearly cycle has begun, which means you'll be in closest alignment with cosmic rhythms if you get to know yourself much better. One of the best ways to do that is to analyze what you pay most attention to. Another excellent way is to expand and refine and tenderize your feelings for what you pay most attention to.

GEMINI (May 21-June 20):
Uruguayan author Eduardo Galeano wrote that in Havana, people refer to their friends as mi sangre, my blood, or mi tierra, my country. In Caracas, he reported, a friend might be called mi llave, my key, or mi pana, my bread. Since you are in the alliance-boosting phase of your cycle, Gemini, I trust that you will find good reasons to think of your comrades as your blood, your country, your key, or your bread. It's a favourable time for you to get closer, more personal, and more intimate. The affectionate depths are calling to you.

CANCER (June 21-July 22):
Your emotional intelligence is so strong right now that I bet you could alleviate the pain of a loved one even as you soothe a long-running ache of your own. You're so spiritually alluring, I suspect you could arouse the sacred yearning of a guru, saint, or bodhisattva. You're so interesting, someone might write a poem or story about you. You're so overflowing with a lust for life that you might lift people out of their ruts just by being in their presence. You're so smart you could come up with at least a partial solution to a riddle whose solution has evaded you for a long time.

LEO (July 23-Aug. 22):
The Queen of North America and Europe called me on the phone. At least that's how she identified herself. "I have a message for your Leo readers," she told me. "Why Leo?" I asked. "Because I'm a Leo myself," she replied, "and I know what my tribe needs to know right now." I said, "OK. Give it to me." "Tell Leos to always keep in mind the difference between healthy pride and debilitating hubris," she said. "Tell them to be dazzlingly and daringly competent without becoming bossy and egomaniacal. They should disappear their arrogance but nourish their mandate to express leadership and serve as a role model. Be shiny and bright but not glaring and blinding. Be irresistible but not envy-inducing."

VIRGO (Aug. 23-Sept. 22):
Congrats, Virgo! You are beginning the denouement of your yearly cycle. Anything you do to resolve lingering conflicts and finish up old business will yield fertile rewards. Fate will conspire benevolently on your behalf as you bid final goodbyes to the influences you'll be smart not to drag along with you into the new cycle that will begin in a few weeks. To inspire your holy work, I give you this poem by Virgo poet Charles Wright: "Knot by knot I untie myself from the past / And let it rise away from me like a balloon. / What a small thing it becomes. / What a bright tweak at the vanishing point, blue on blue."

LIBRA (Sept. 23-Oct. 22):
I predict that between now and the end of the year, a Libran genetic engineer will create a new species of animal called a dat. A cross between a cat and a dog, it will have the grace, independence, and vigilance of a Persian cat and the geniality, loyalty, and ebullient strength of a golden retriever. Its stalking skills will synthesize the cat's and dog's different styles of hunting. I also predict that in the coming months, you will achieve greater harmony between the cat and dog aspects of your own nature, thereby acquiring some of the hybrid talents of the dat.

SCORPIO (Oct. 23-Nov. 21):
Scorpio poet Marianne Moore (1887–1972) won the Pulitzer Prize and several other prestigious awards. She was a rare poet who became a celebrity. That's one of the reasons why the Ford car company asked her to dream up interesting names for a new model they were manufacturing. Alas, Ford decided the 43 possibilities she presented were too poetic, and rejected all of them. But some of Moore's names are apt descriptors for the roles you could and should play in the phase you're beginning, so I'm offering them for your use. Here they are: 1. Anticipator. 2. The Impeccable. 3. Tonnere Alifère (French term for "winged thunder"). 4. Tir á l'arc (French term for "bull's eye"). 5. Regina-Rex (Latin terms for "queen" and "king").

SAGITTARIUS (Nov. 22-Dec. 21):
It's conceivable that in one of your past lives you were a pioneer who made the rough 3,492-kilometre migration via wagon train from Missouri to Oregon in the 1830s. Or maybe you were a sailor who accompanied the Viking Leif Eriksson in his travels to the New World 500 years before Columbus. Is it possible you were part of the team assembled by Italian diplomat Giovanni da Pian del Carpine, who journeyed from Rome to Mongolia in the 13th century? Here's why I'm entertaining these thoughts, Sagittarius: I suspect that a similar itch to ramble and explore and seek adventure may rise up in you during the coming weeks. I won't be surprised if you consider making a foray to the edge of your known world.

CAPRICORN (Dec. 22-Jan. 19):
When the dinosaurs died off 65 million years ago, the crocodiles didn't. They were around for 135 million years before that era, and are still here now. Why? "They are extremely tough and robust," says croc expert James Perran Ross. Their immune systems "are just incredible." Maybe best of all, they "learn quickly and adapt to changes in their situation." In accordance with the astrological omens, I'm naming the crocodile as your creature teacher for the coming weeks. I suspect you will be able to call on a comparable version of their will to thrive. (Read more about crocs: tinyurl.com/ToughAndRobust.)

AQUARIUS (Jan. 20-Feb. 18):
"My only hope is that one day I can love myself as much as I love you." Poet Mariah Gordon-Dyke wrote that to a lover, and now I'm offering it to you as you begin your Season of Self-Love. You've passed through other Seasons of Self-Love in the past, but none of them has ever had such rich potential to deepen and ripen your self-love. I bet you'll discover new secrets about how to love yourself with the same intensity you have loved your most treasured allies.

PISCES (Feb. 19-March 20):
"Poems can bring comfort," writes Piscean poet Jane Hirshfield. "They let us know ... that we are not alone—but they also unseat us and make us more susceptible, larger, elastic. They foment revolutions of awareness and allow the complex, uncertain, actual world to enter." According to my understanding of upcoming astrological omens, Pisces, life itself will soon be like the poems Hirshfield describes: unruly yet comforting; a source of solace but also a catalyst for transformation; bringing you healing and support but also asking you to rise up and reinvent yourself. Sounds like fun!

Homework: What's the most amazing feat you ever pulled off? What will you do for your next amazing feat? Truthrooster@gmail.com.