Free will astrology for the week of March 19th 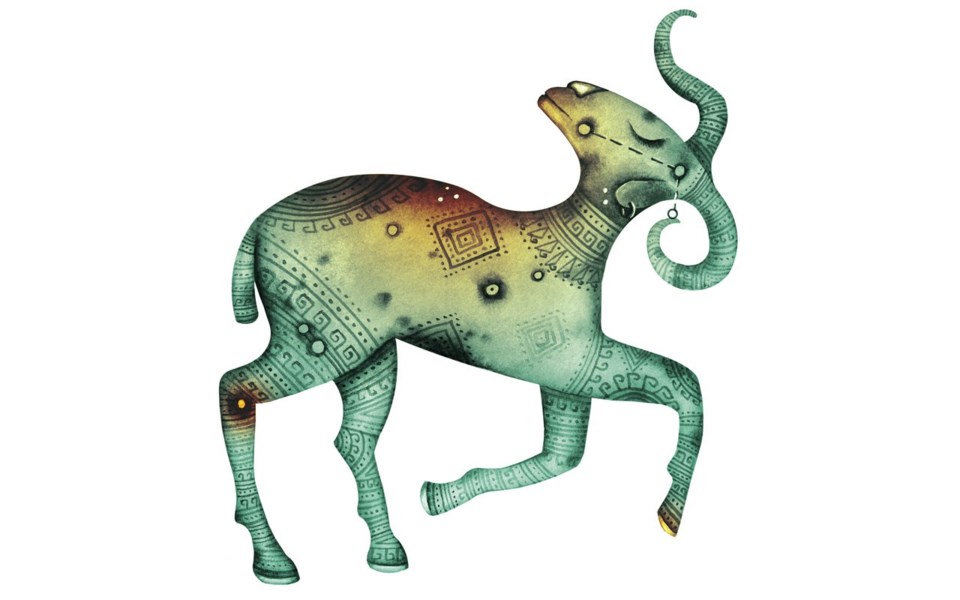 ARIES (March 21-April 19):
Lyric poet and Catholic friar Luis de León taught theology at Spain's University of Salamanca from 1561 to 1571. Sadly, he offended the Inquisition when he translated the Bible's erotic poem Song of Songs into Spanish. As a result, he was whisked away to jail. Four years later, in a dramatic turnaround, he was freed from confinement and allowed to return to his teaching post, with a warning to be more careful in the future. To begin his first lecture, he told his students, "As we were saying yesterday..." I invite you to show similar grace and poise and amusement as you return to the groove after your break in the action.

TAURUS (April 20-May 20):
Popular poet Elizabeth Barrett Browning (1806–1861) was a big fan of popular author George Sand (1804–1876). During their first meeting, Browning got down on her knees and reverentially kissed Sand's hand. A similar exchange had occurred decades earlier, when composer Ludwig van Beethoven knelt and kissed the hand of his hero, composer Joseph Haydn. In the coming weeks, Taurus, you can enhance your spiritual health by summoning feelings akin to those of Browning and Beethoven. You'll provide yourself with mysteriously practical blessings if you overflow with admiration, appreciation, even adoration.

GEMINI (May 21-June 20):
You Geminis can be scintillating friends and helpful allies. People who are lucky enough to be linked to you are often inspired to outgrow their narrow attitudes and think more imaginatively. If there is a downside to your tribe's social value, however, it may come through inconsistency or lack of loyalty. In accordance with astrological omens, I will ask you to inquire whether you might sometimes be guilty of those shortcomings. If you are, please work on remedying them. Now is a favourable time to bolster the consistency and loyalty you bring to your friendships and collegial relationships.

CANCER (June 21-July 22):
I believe that Cancerians like you and me require more slack and silence and spaciousness than most people. It may be inconvenient to regularly give ourselves an abundance of relaxing downtime, but that's the way we function best. Maybe other tribes can thrive on five hours of sleep per night, but most of us Crabs can't. And then there's our fundamental need to be gradual and unhurried: We need to assert our right to be that way. Having said all this cautionary advice, I now want to tell you that you may be able to do without your full quota of those necessary luxuries in the coming weeks. It's action time! (But don't overdo it.)

LEO (July 23-Aug. 22):
In March 2019, a small town in Belgium hosted the first annual European Gull Screeching Championship. Humans competed to utter cries that resemble the caws of seagulls. Some of them dressed up to resemble gulls, and flapped their wings to provide even greater realism. The next contest is coming up this March 22 in De Panne, Belgium. Do you have any interest in trying out? You Leos now have an extra strong connection with your own animal intelligence. You're especially capable of calling on your instinctual powers and fostering a resonance with the natural world. I bet one of your tribe will be this year's winner. (More info: tinyurl.com/GullScreech)

VIRGO (Aug. 23-Sept. 22):
Do Virgo people have demons? Of course! Everyone has demons. Dealing with hard-to-manage pests running around inside our heads is a natural part of being human. I suspect they may even be essential to our well-being. And why do I make that outlandish statement? Because the demons keep us off-balance in ways that motivate us to keep trying to improve ourselves. They challenge us to continually become smarter and more resilient and resourceful. I bring these thoughts to your attention, my dear Virgo, because I expect that in the coming weeks you'll be able to have some especially interesting and fruitful conversations with your demons.

LIBRA (Sept. 23-Oct. 22):
Try this experiment: Invite everyone in your world to offer you blessings similar to the best blessings you're capable of dispensing. Have fun as you playfully teach your allies and cohorts how to imitate a sensitive, attentive Libra who listens well, expresses sincere curiosity, and provides helpful mirroring. Demonstrate to them the secrets of how to create harmonious outcomes, and dare them to honour you with the same kind of magic. Show them your techniques for seeking out and fostering beauty, and ask them to collaborate with you as you pursue that holy quest together.

SCORPIO (Oct. 23-Nov. 21):
Scorpio poet Marianne Moore aspired to do "potent and accomplished work." She sought the joy that comes from being a skilled craftsperson who offered unique understandings of the world's bounty. In her words, "There is no pleasure subtler than the sensation" of being a good worker. You Scorpios now have a ripe opportunity to experience that joy and pleasure. Cosmic rhythms are nudging you to do your work with a heightened commitment to excellence and integrity and love.

SAGITTARIUS (Nov. 22-Dec. 21):
Sagittarius genius William Blake (1757–1827) was unsung in his own era. But modern critics treat him as a superstar, an adept of both visionary poetry and the visual arts. London's Tate Museum just finished a major exhibition of his paintings, prints, and watercolours. I'm happy to inform you that this darling of the intellectual class behaved in ways that the modern intellectual class would regard as bizarre. For example, he believed that the spirits of dead heroes visited him while he was awake. And he insisted that he once saw God gazing at him through a window. I offer these thoughts in the hope that you'll be inspired to express both your rational brilliance and your crazy brilliance in the coming weeks. Both modes should be working quite well for you.

CAPRICORN (Dec. 22-Jan. 19):
"Movable type" is a term that refers to the technology used to print symbols or letters on paper. In 1450, German inventor Johannes Gutenberg created a movable-type machine called the printing press that led to the mass production of books. He is rightfully regarded as an influential innovator. To be thorough in our historical understanding, though, we must note that Chinese inventor Bi Sheng printed paper books with comparable machinery beginning in 1040. I bring this to your attention as an example of how to correct old stories that are only partially true. This can be a rewarding activity as you reconfigure your own past in the coming weeks.

AQUARIUS (Jan. 20-Feb. 18):
I'm guessing that the imminent future will have a paradoxical quality. On the one hand, it will be a favourable phase to separate and even cut asunder influences that are joined but should no longer be joined. On the other hand, the coming weeks will be a good time to blend influences that aren't blended but should be blended. What belongs together for the good of everyone concerned? What doesn't belong together for the good of everyone concerned? Put those questions at the forefront of your awareness. Your discriminatory powers should be working at peak efficiency—preferably with a high degree of kindness and creative imagination.

PISCES (Feb. 19-March 20):
Artist Pierre Bonnard had his live-in girlfriend and future wife Marthe de Méligny pose for him when he painted Blue Nude in 1899. Thirty-two years later, she served as his model for his painting Nude at Her Bath. In fact, she was his inspiration for 384 paintings, many of them while wearing no clothes. I admire their continuity, persistence, and loyalty in collaborating on this work together. I also appreciate the fact that they were able to steadily reinvent a familiar task so as to keep it interesting. These will be great virtues for you to cultivate in the coming weeks.

Homework: Do you know the difference between fear and intuition? Listen: https://tinyurl.com/FearOrIntuition