Free will astrology for the week of November 21st 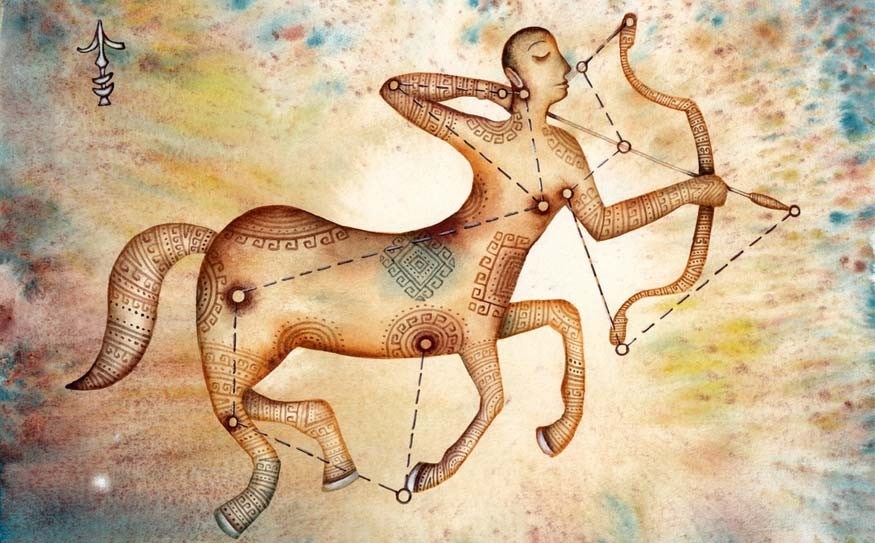 ARIES (March 21-April 19): The poet Charles Baudelaire prayed for help, but not to God — rather he prayed to the writer Edgar Allan Poe. Novelist Malcolm Lowry sometimes pleaded with God to give him insight, but he also prayed to the writer Franz Kafka. I really like this approach to seeking guidance, and recommend it to you in the coming days. Which hero, dead or alive, could you call on to uplift you? What amazing character might bring you the inspiration you need? Be brazen and imaginative. The spirits could be of more help than you can imagine. Magic is afoot.

TAURUS (April 20-May 20): U.S. Confederate General Richard S. Ewell (1817-1872) sometimes experienced episodes in which he truly thought he was a bird. Princess Alexandria of Bavaria (1826-1875) believed that when she was young, she had eaten a glass piano. Then there was the Prussian military officer Gebhard Leberecht von Blucher (1742-1819), who imagined he was pregnant with an elephant. Sad and funny and crazy, right? And yet it's my understanding that all of us have fixed delusions. They are less bizarre than those I cited, but they can still be debilitating. What are yours, Taurus? Do you secretly believe that a certain turning point in your past scarred you forever? Are you incorrectly wracked with anger or guilt because of some event that may not have actually happened the way you remember it? Here's the good news: Now is an excellent time to shed your fixed delusions.

GEMINI (May 21-June 20): Philosopher Eckhart Tolle suggests that "there may be one person who reflects your love back to you more clearly and more intensely than others." For some of us, this numinous reflection comes from a special animal. Whatever is the case for you, Gemini, I urge you to devote extra time to your relationship with this creature in the next 14 days. Meditate on how you could provide more nurturing and inspiration. Brainstorm about the possibility of deepening your connection. What practical actions could you take to boost your loved one's fortunes?

CANCER (June 21-July 22): The Cancerian soprano Kirsten Flagstad was regarded as one of the great operatic singers of the 20th century. Critic Desmond Shawe-Taylor said, "No one within living memory surpassed her in sheer beauty and consistency of line and tone." She specialized in the operas of German composer Richard Wagner, whose master work, The Ring of the Nibelung, takes fifteen hours to perform. Flagstad was asked to name the single most important thing she needed in order to perform Wagner's music with the excellence it demanded. Her answer: comfortable shoes. Regard that as good advice for your own life and work, Cancerian — both literally and metaphorically. It's time to get really well grounded.

LEO (July 23-Aug. 22): Have you ever been in a social situation where you really didn't care what anyone thought of you and therefore felt absolutely free to act on your inner promptings? When was the last time you lost all your inhibitions and self-consciousness while making love? Can you truly say that sometime recently you have been totally responsive to your festive impulses? If you have experienced any blockages in expressing this type of energy, now is a perfect moment to fix that. You have a date with robust, innocent self-expression.

VIRGO (Aug. 23-Sept. 22): Norwegian public television is experimenting with a phenomenon called Slow TV. In one reality show, the main character built a fire with logs and kept it burning for twelve hours. In another program, patient viewers watched for five days as a cruise ship made its way along the Norwegian coast. A third show featured a woman knitting a sweater from start to finish. I wish you would get hooked on slow-motion activities like those, Virgo. Maybe it would help you lower your thoughts-per-minute rate and influence you to take longer, deeper breaths and remember that relaxation is an art you can cultivate. And then you would be in righteous alignment with the cosmic rhythms.

LIBRA (Sept. 23-Oct. 22): You're smarter than you think you are, and soon you will be even smarter. Previously inaccessible wisdom is seeping up from the depths of your subconscious mind, making its way to your conscious awareness. Your eyes are noticing more than they usually do. Your memory is working at peak levels. And your enhanced ability to entertain paradoxical ideas is giving you special insight into the nature of reality. What will you do with this influx of higher intelligence? I suggest you focus its full force on one of your knottiest problems.

SCORPIO (Oct. 23-Nov. 21): The Paris Review interviewed Mexican poet Octavio Paz. "Just how much revising do you do?" the interviewer asked. "I revise incessantly," Paz replied. "Some critics say too much, and they may be right. But if there's a danger in revising, there is much more danger in not revising. I believe in inspiration, but I also believe that we've got to help inspiration, restrain it, and even contradict it." I bring this up, Scorpio, because I believe you are ripe for a phase of intense revision. Inspiration has visited you a lot lately, but now it will subside for a while so you can wrangle all your raw material into graceful, resilient, enduring shapes.

SAGITTARIUS (Nov. 22-Dec. 21): Costa Rica will be closing its zoos in 2014. What will happen to the 400 or so animals that are housed there? They will have to be rehabilitated at animal rescue centres and then released into the wild. I suspect there will be a metaphorically similar process going on for you in the coming months, Sagittarius. Parts of your instinctual nature will, in a sense, be freed from captivity. You will need to find ways to retrain your animal intelligence how to function outside of the tame conditions it got used to.

CAPRICORN (Dec. 22-Jan. 19): Will fate kick your sweet ass sometime soon? Quite possibly. You may be compelled to face up to the consequences of your unloving actions or unconscious decisions. I'm pleased to tell you, however, that you might be able to dramatically minimize or even neutralize the butt thumping. How? Go over the events of the last eleven months, and identify times when you weren't your very best self or didn't live up to your highest ideals. Then perform rituals of atonement. Express your desire to correct wrong turns. Give gifts that will heal damaged dynamics.

AQUARIUS (Jan. 20-Feb. 18): Grammy-winning singer-songwriter Bill Withers became a big star in the 1970s with hits like "Ain't No Sunshine" and "Lean on Me." But he hasn't recorded a new album since 1985, nor has he toured. What happened? In Still Bill, the documentary film about his life, Withers says, "I watch other people show off and I say, man, I used to want to show off. If I could just get, you know, moved to. I need a little injection in my showin' off gland." I wish you could get an injection like that, too, Aquarius. I'd like to see you show off more. Not in a contrived, over-the-top, Lady Gaga-esque way. Rather, the purpose would be to get more aggressive in showing people who you are and what you can do. I want your talents and assets to be better known.

PISCES (Feb. 19-March 20): I have a feeling that your value will be rising in the coming weeks. An attractive person you thought was out of your league may express curiosity about you. You could get an offer to do an interesting job or task that you had previously considered unavailable. I bet your reputation will be growing, mostly for the better. Who knows? If you put a half-eaten piece of your toast for sale on eBay, it might sell for as much as if it were Justin Timberlake's toast. Here's the upshot: You should have confidence in your power to attract bigger rewards and more appreciation.

Homework: Forget all you know about gratitude. Act as if it's a new emotion you're tuning into for the first time. Then let it rip.