Free will astrology for the week of October 10

ARIES (March 21-April 19): "Love is when you meet someone who tells you something new about yourself," wrote poet André Breton. I think that's an excellent principle to put at the top of your priority list in the coming weeks, Aries.
Oct 10, 2019 12:00 AM By: Pique Newsmagazine Staff 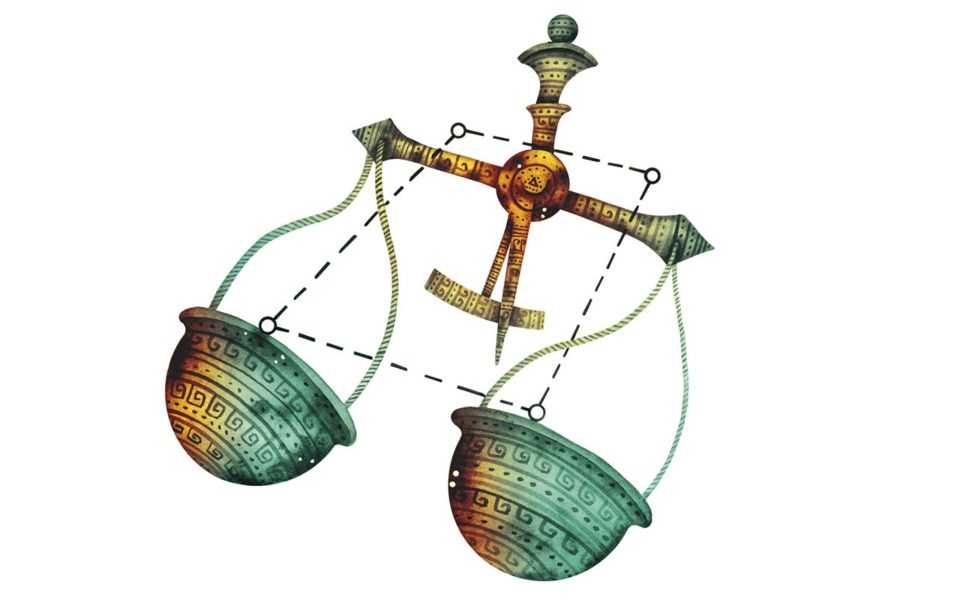 ARIES (March 21-April 19):
"Love is when you meet someone who tells you something new about yourself," wrote poet André Breton. I think that's an excellent principle to put at the top of your priority list in the coming weeks, Aries. To be in maximum alignment with cosmic rhythms, you should seek input from allies who'll offer insights about you that are outside your current conceptions of yourself. You might even be daring enough to place yourself in the paths of strangers, acquaintances, animals, and teachers who can provide novel reflections. There's just one caveat: Stay away from people who might be inclined to fling negative feedback.

TAURUS (April 20-May 20):
Constantine P. Cavafy's poem "Waiting for the Barbarians" imagines the imminent arrival of an unpredictable agent of chaos. "The barbarians are coming today," declares the narrator. Everyone in town is uneasy. People's routines are in disarray. Faces look worried. What's going to happen? But the poem has a surprise ending. "It is night, and the barbarians haven't come," reports the narrator. "Some people have arrived from the frontier and say that there aren't any more barbarians." I propose that we use this scene as a metaphor for your life right now, Taurus. It's quite possible that the perceived threat isn't really a threat. So here's my question, taken from near the end of the poem: "What are we going to do now without the barbarians?"

GEMINI (May 21-June 20):
Some folklorists prefer the term "wonder tales" rather than "fairy tales." Indeed, many such stories are filled with marvellous events that feature magical transformations, talking animals, and mythical creatures like elves and dragons and unicorns. I bring this up, Gemini, because I want to encourage you to read some wonder tales. Hopefully, as you do, you'll be inspired to re-imagine your life as a wonder tale; you'll reframe the events of the "real world" around you as being elements in a richly entertaining wonder tale. Why do I recommend this? Because wonder tales are like waking dreams that reveal the wishes and curiosities and fascinations of your deep psyche. And I think you will benefit profoundly in the coming weeks from consciously tuning in to those wishes and curiosities and fascinations.

CANCER (June 21-July 22):
I suspect that in the coming days you'll be able to see into everyone's souls more vividly than usual. You'll have a special talent for piercing through the outer trappings of their personalities so as to gaze at the essence beneath. It's as if your eyes will be blessed by an enhancement that enables you to discern what's often hidden. This upgrade in your perception may at times be unsettling. For some of the people you behold, the difference between how they present themselves and who they actually are will be dramatic. But for the most part, penetrating to the depths should be fun, enriching, even healing.

LEO (July 23-Aug. 22):
"This heart is rusty," writes poet Gabriel Gadfly. "It creaks, it clanks, it crashes and rattles and bangs." Why is his heart in such a state? Because he has been separated from a person he loves. And so he's out of practice in doing the little things, the caring gestures and tender words, that a lover does to keep the heart well-oiled. It's my observation that most of us go through rusty-heart phases like this even when we are living in close proximity to an intimate ally. We neglect to practice the art of bestowing affectionate attention and low-key adoration. We forget how important it is for our own welfare that we continually refresh and reinvigorate our heart intelligence. These are good meditations for you right now, Leo.

VIRGO (Aug. 23-Sept. 22):
"All the effort in the world won't matter if you're not inspired," writes novelist Chuck Palahniuk. I agree! And that's a key meditation for you right now. Your assignment is to enhance and upgrade the inspiration you feel about the activities that are most important to you—the work and the play that give you the sense you're living a meaningful life. So how do you boost your excitement and motivation for those essential actions you do on a regular basis? Here's a good place to begin: visualize in exuberant detail all the reasons you started doing them in the first place.

LIBRA (Sept. 23-Oct. 22):
I hope you are embarking on a vigourous new phase of self-redefinition. I trust you are excited about shedding old ways of thinking about yourself and eager to revise and re-imagine the plot of your life story. As you do, keep in mind this helpful counsel from physicist Richard Feynman: "You have no responsibility to live up to what other people think you ought to accomplish. I have no responsibility to be like they expect me to be. It's their mistake, not my failing."

SCORPIO (Oct. 23-Nov. 21):
You've probably heard the saying, "Genius is 99-per-cent perspiration and one-per-cent inspiration." It's often attributed to inventor Thomas Edison. Sixteenth-century artist Michelangelo expressed a similar idea. "If you knew how much labour went into it, you would not call it genius," he said about one of his masterpieces. I'm guessing that you Scorpios have been in a phase when these descriptions are highly apropos. The work you've been doing may look productive and interesting and heroic to the casual observer, and maybe only you know how arduous and exacting it has been. So now what do you do? I say it's time to enjoy the fruits of your efforts. Celebrate! Give yourself a thrilling gift.

SAGITTARIUS (Nov. 22-Dec. 21):
"The universe is under no obligation to make sense to you," declared astrophysicist Neil deGrasse Tyson. If that's even a little bit true, I bet you won't believe it in the coming weeks. According to my analysis, the universe will make a great deal of sense to you—at times even exquisite, beautiful, breathtaking sense. Life will be in a revelatory and articulate mood. The evocative clues coming your way about the nature of reality could tempt you to believe that there is indeed a coherent plan and meaning to your personal destiny.

CAPRICORN (Dec. 22-Jan. 19):
In 2005, Facebook was a start-up company barely on the map of the internet. Its president asked graffiti artist David Choe to paint murals on the walls of its headquarters. Choe asked for $60,000, but the president convinced him to be paid with Facebook stock instead. Years later, when Facebook went public, Choe became a multi-millionaire. I suspect that in the coming months, you will be faced with choices that are less spectacular than that, Capricorn, but similar and important. My conclusion: Be willing to consider smart gambles when projects are germinating.

AQUARIUS (Jan. 20-Feb. 18):
"Experiment is the sole source of truth," wrote philosopher and polymath Henri Poincaré. "It alone can teach us something new; it alone can give us certainty." He wasn't merely referring to the kinds of experiments that scientists conduct in laboratories. He was talking about the probes and explorations we can and should carry out in the course of our daily lives. I mention this, Aquarius, because the coming days will be prime time for you to do just that: ask provocative questions, initiate novel adventures, and incite fun learning experiences.

PISCES (Feb. 19-March 20):
In my opinion, Piscean singer, poet, and actor Saul Williams produces high-quality art. So he has earned a right to critique mediocre art. In speaking about movies and TV shows that are hard to enjoy unless we dumb ourselves down, he says that, "we have more guilty pleasure than actual f------ pleasure." Your assignment in the coming weeks, Pisces, is to cut back on your "guilty pleasures"—the entertainment, art, and socializing that brings meagre returns—as you increase and upgrade your actual f------ pleasure.

Homework: I discuss some of my ideas about astrology in the article published here: https://tinyurl.com/RobOnAstrology