Free will astrology for the week of October 24

ARIES (March 21-April 19): Singapore has one of the world's lowest fertility rates. A few years ago, this state of affairs prompted the government to urge Singaporeans to have sex on an annual holiday known as National Day.
Oct 24, 2019 12:00 AM By: Rob Breszny 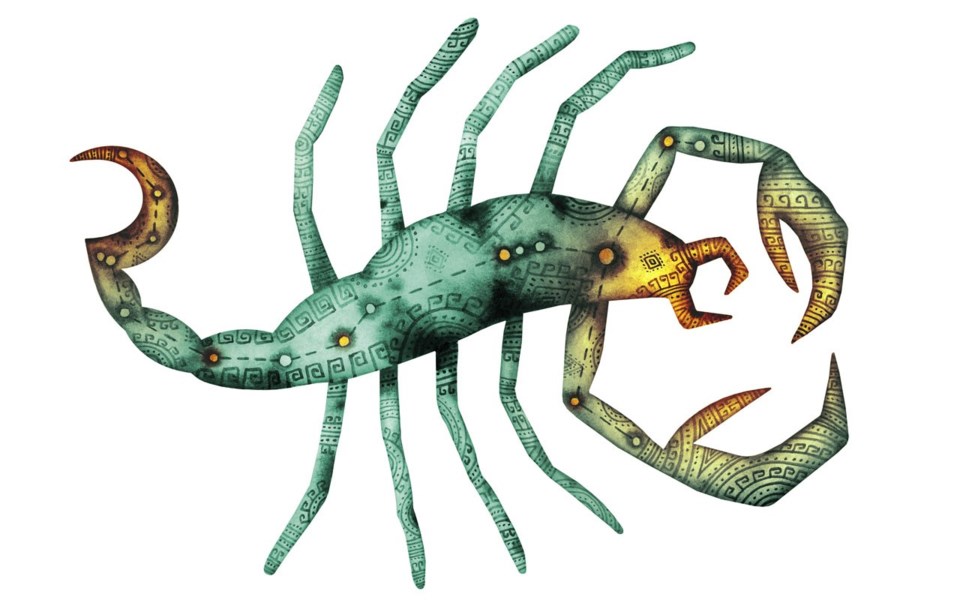 ARIES (March 21-April 19):
Singapore has one of the world's lowest fertility rates. A few years ago, this state of affairs prompted the government to urge Singaporeans to have sex on an annual holiday known as National Day. A new rap song was released in the hope of pumping up everyone's libidos and instigating a baby boom. It included the lyrics, "Let's make fireworks ignite / Let's make Singapore's birthrate spike." I have a different reason for encouraging you to seek abundant high-quality sex, Aries. According to my analysis, tender orgasmic experiences will profoundly enhance your emotional intelligence in the coming weeks—and make you an excellent decision-maker just in time for your big decisions. (P.S. You don't necessarily need a partner.)

TAURUS (April 20-May 20):
In the 1530s, explorer Jacques Cartier led expeditions from France to the New World. As Europeans often did back then, he and his team were rude and brutish to the Indigenous folks who lived there, stealing their land, kidnapping some of them, and slaughtering herds of great auks in a bird sanctuary. Yet there was one winter when Cartier's marauders got crucial help from their victims, who gave them vitamin C-rich pine needle tea that cured their scurvy. I suspect you Tauruses will embark on quests and journeys in the coming months, and I'm hoping your behaviour will be different from Cartier's. When you arrive in unfamiliar places, be humble, curious, and respectful. Be hesitant to impose your concepts of what's true, and be eager to learn from the locals. If you do, you're likely to get rich teachings and benefits equivalent to the pine needle tea.

GEMINI (May 21-June 20):
Many software engineers have enjoyed The Pragmatic Programmer, a book that helps them develop and refine their code. One popular technique the book offers is "rubber duck deprogramming." Programmers place a toy rubber duck in front of them, and describe to it the problems they're having. As they explain each line of code to their very good listener, they may discover what's amiss. I recommend a similar approach to you as you embark on metaphorically debugging your own program, Gemini. If a rubber duck isn't available, call on your favorite statue or stuffed animal, or even a photo of a catalytic teacher or relative or spirit.

CANCER (June 21-July 22):
Read the following passage from Gabriel García Márquez's novel One Hundred Years of Solitude. "Gaston was not only a fierce lover, with endless wisdom and imagination, but he was also, perhaps, the first man in the history of the species who had made an emergency landing and had come close to killing himself and his sweetheart simply to make love in a field of violets." I admire the romantic artistry of Gaston's dramatic gesture. I applaud his imaginative desire to express his love in a carefully chosen sanctuary filled with beauty. I praise his intense devotion to playful extravagance. But I don't recommend you do anything quite so extreme on behalf of love during the coming weeks. Being 20 per cent as extreme might be just right, though.

LEO (July 23-Aug. 22):
In his song "Diplomatic Immunity," rapper Drake disparages tranquility and harmony. "I listen to heavy metal for meditation, no silence," he brags. "My body isn't much of a sacred temple, with vodka and wine, and sleep at the opposite times," he declares. Is there a method in his madness? It's revealed in these lyrics: "All that peace and that unity: all that weak sh-- will ruin me." In the coming weeks, Leo, I urge you to practice the exact opposite of Drake's approach. It's time to treat yourself to an intense and extended phase of self-care.

VIRGO (Aug. 23-Sept. 22):
It's a favourable time to refresh your relationships with your basic sources and to make connections with new basic sources. To spur your creative thought on these matters, I offer the following questions to meditate on. 1. If you weren't living where you do now, what other place might you like to call home? 2. If you didn't have the name you actually go by, what other name would you choose? 3. If you had an urge to expand the circle of allies that supports and stimulates you, whom would you seek out? 4. If you wanted to add new foods and herbs that would nurture your physical health and new experiences that would nurture your mental health, what would they be?

LIBRA (Sept. 23-Oct. 22):
Mushrooms have spores, not seeds. They're tiny. If you could stack 2,500 of them, they'd be an inch high. On the other hand, they are numerous. A ripe mushroom may release up to 16 million spores. And each spore is so lightweight, the wind can pick it up and fling it long distances. I'll encourage you to express your power and influence like a mushroom in the coming days: subtle and airy but abundant; light and fine, but relentless and bountiful.

SCORPIO (Oct. 23-Nov. 21):
"Sometimes the easiest way to get something done is to be a little naive about it," writes computer engineer Bill Joy. I invite you to consider the value of that perspective, Scorpio—even though you're the least likely sign in all the zodiac to do so. Being naive just doesn't come naturally to you; you often know more than everyone else around you. Maybe you'll be more receptive to my suggestion if I reframe the task. Are you familiar with the Zen Buddhist concept of "beginner's mind?" You wipe away your assumptions and see everything as if it were the first time you were in its presence.

SAGITTARIUS (Nov. 22-Dec. 21):
Is it always a bad thing to be lost? To wander in the unknown without a map? I'd like to propose a good version of being lost. It requires you to be willing to give up your certainties, to relinquish your grip on the comforting dogmas that have structured your world—but to do so gladly, with a spirit of cheerful expectancy and curiosity. It doesn't require you to be a macho hero who feels no fear or confusion. Rather, you have faith that life will provide blessings that weren't possible until you got lost.

CAPRICORN (Dec. 22-Jan. 19):
"Worrying is the most natural and spontaneous of all human functions," wrote science educator Lewis Thomas. "Let's acknowledge this, perhaps even learn to do it better." I agree with him! And I think it's an ideal time for you to learn how to worry more effectively, more potently, and with greater artistry. What might that look like? First, you wouldn't feel shame or guilt about worrying. You wouldn't regard it as a failing. Rather, you would raise your worrying to a higher power. You'd wield it as a savvy tool to discern which situations truly need your concerned energy and which don't.

AQUARIUS (Jan. 20-Feb. 18):
"Some wounds go so deep that you don't even feel them until months, maybe years, later," wrote Aquarian author Julius Lester. Pay attention to that thought, Aquarius. The bad news is that you are just now beginning to feel a wound that was inflicted some time ago. But that's also the good news, because it means the wound will no longer be hidden and unknowable. And because you'll be fully aware of it, you'll be empowered to launch the healing process. I suggest you follow your early intuitions about how best to proceed with the cure.

PISCES (Feb. 19-March 20):
If you've been having dreams or fantasies that the roof is sinking or the walls are closing in, you should interpret it as a sign that you should consider moving into a more spacious situation. If you have been trapped within the narrow confines of limited possibilities, it's time to break free and flee to a wide-open frontier. In general, Pisces, I urge you to insist on more expansiveness in everything you do, even if that requires you to demolish cute little mental blocks that have tricked you into thinking small.

Homework: You don't have to feel emotions that others try to manipulate you into feeling. You are free to be who you want to be. FreeWillAstrology.com