Free will astrology for the week of October 9th

ARIES (March 21-April 19): Situation #1: If you meet resistance or doubt, say this: "Ha! This diversion can't slow me down, because I am in possession of an invisible magical sword!" And then brandish a few charismatic swipes of your sword to prove t
Oct 8, 2014 6:00 PM By: Pique Newsmagazine Staff 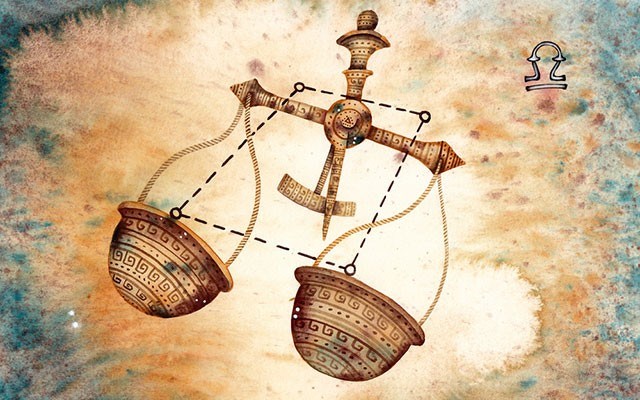 ARIES (March 21-April 19): Situation #1: If you meet resistance or doubt, say this: "Ha! This diversion can't slow me down, because I am in possession of an invisible magical sword!" And then brandish a few charismatic swipes of your sword to prove that you mean business. Situation #2: If angst and worry are preventing your allies from synchronizing their assets with yours, say this: "Begone, dread! For with the power of my wicked crazy songs, I am the destroyer of fear." And then sing your wicked crazy songs. Situation #3: If you're finding it hard to discern the difference between useless, ugly monsters and useful, beautiful monsters, say this: "I am a useful, beautiful monster!" Your kind will flock to your side.

TAURUS (April 20-May 20): In her poem "Advice to Myself," Louise Erdrich speaks of the human heart as "that place you don't even think of cleaning out. That closet stuffed with savage mementoes." I invite you to use her observations as a prod, Taurus. Now is an excellent time to purge the savage mementos from your heart, and clean the whole place up as best as you can. You don't have to get all OCD about it. There's no need to scour and scrub until everything's spotless. Even a half-hearted effort will set in motion promising transformations in your love life.

GEMINI (May 21-June 20): I hope you will learn more in the next eight months than you have ever before learned in a comparable period. I hope you will make a list of all the subjects you would love to study and all the skills you would love to master, and then devise a plan to gather the educational experiences with which you will reinvent yourself. I hope you will turn your curiosity on full-blast and go in quest of revelations and insights and epiphanies, smashing through the limits of your understanding as you explore the frontiers of sweet knowledge.

CANCER (June 21-July 22): Three times a week, I take a hike along a rough path through an oak forest. I say it's rough because it's strewn with loose rocks. If I don't survey the ground as I move, I'm constantly turning my ankles. Or at least that was the case until last week. For two days, with the help of a rake, I cleared many of those bothersome obstacles off the trail. It took several hours, but now the way is smoother. My eyes are free to enjoy the sights that aren't so close to the ground. I recommend that you do similar work. Stop tolerating inconveniences and irritations that hobble you. Get your foundations in shape to serve you better.

LEO (July 23-Aug. 22): American author Edgar Allan Poe (1809-1849) was ahead of his time. He created the genre of the detective story and mastered the art of Gothic horror tales. According to the Internet Movie Database, 240 films have referenced themes from his work. British writer Aldous Huxley wasn't a fan of Poe, though. He said Poe was "too poetical — the equivalent of wearing a diamond ring on every finger." Judging from the astrological omens, I suspect you may be at risk to lapse into a diamond-ring-on-every-finger phase yourself, Leo. While I am all in favour of you unveiling more of your radiant beauty, I'm hoping you won't go too far. How about wearing diamond rings on just four of your fingers?

VIRGO (Aug. 23-Sept. 22): Republican Jody Hice is running for the U.S. House of Representatives in Georgia's 10th Congressional District. To bolster his authority, he repeats quotes by revered figures from American history. One of his favorites has been a gem from the sixth U.S. President, John Quincy Adams: "If your actions inspire others to dream more, learn more, do more and become more, you are a leader." The only problem is, those words were actually written by country singer Dolly Parton, not by Adams. Don't get fooled by a comparable case of mistaken identity, Virgo. Be on the alert for unwarranted substitutions and problematic switcheroos. Be a staunch fact-checker. Insist on verification.

LIBRA (Sept. 23-Oct. 22): "I am naughtiest of all," wrote poet Emily Dickinson in a playful letter to Maggie Maher, dated October 1882. In accordance with the astrological omens, I authorize you to let that same declaration fly frequently from your own lips in the coming week. Feel free to invoke other variations on the theme of naughtiness, as well: "I am exploring the frontiers of naughtiness," for example, or "You need to be naughtier" (said to a person you'd like to get naughty with), or "Being naughty is my current spiritual practice."

SCORPIO (Oct. 23-Nov. 21): "There's a way not to be broken that takes brokenness to find it," writes Naomi Shihab Nye in her poem "Cinco de Mayo." I suspect this describes your situation right now. The bad news is that you are feeling a bit broken. The good news is that this is a special kind of brokenness — a brokenness that contains a valuable secret you have never been ready to learn before now. Allow yourself to feel the full intensity of the brokenness, and you will discover a way to never be broken like this again.

SAGITTARIUS (Nov. 22-Dec. 21): In a competitive game show on Japanese TV, 13 people had slabs of meat tied to their foreheads. They then poked their heads up from below, through holes in the floor of an elevated platform, where a hungry lizard was stalking around. But not one of the contestants stuck around when the lizard came to nibble the meat; they all ducked down out of their holes and fled to safety. That was probably wise, although it meant that the prize went unclaimed. Now I'm wondering, Sagittarius, about what might happen if a similar event were staged in your neighbourhood. I suspect there's a chance you would will yourself to stand calmly as the lizard feasted on the meat just inches from your eyes. As much as I admire that kind of poised courage, I want you to know that there are better ways to express it. Be on the lookout for noble challenges with goals that are truly worthy of you.

CAPRICORN (Dec. 22-Jan. 19): Director Michael Bay makes big, loud, fast, melodramatic action films, including Armageddon, Pearl Harbor, and the four Transformers movies. The critics hate him, but he's unfazed. "I make movies for teenage boys," he says. "Oh, dear, what a crime," he adds sarcastically. I love that stance. He knows what he's good at, and makes no apologies for doing it. I recommend that you cop some of that attitude right now.

AQUARIUS (Jan. 20-Feb. 18): While walking in San Francisco, I passed the Pacific Heights Health Club. The sign out front said, "Birthday suits tailored here." It was a witty reference to the idea that working out at a gym helps people get their naked bodies in good shape. I'd like to interpret the sign's message in a different way, and apply it to you. The time is right for you to get back in touch with your raw, original self, and give it the care and the fuel and the treats it has been missing. Who did you start out to be? What does your soul's blueprint say about who you must become? Home in on your source code and boost its signal.

PISCES (Feb. 19-March 20): Horror novelist Stephen King has sold more than 350 million books. But when he was young and destitute, still honing his craft, his self-confidence was low. His breakthrough work was Carrie, about a teenage girl who develops telekinetic powers. But when he was first writing that manuscript on his old manual typewriter, he got so discouraged that he threw his first draft in the trash can. Luckily for him, his wife retrieved it and convinced him to keep plugging away. Eventually he finished, and later sold the paperback rights for $400,000. I hope you have an ally who will go digging in your garbage to fish out the good stuff you unwisely discard. Or maybe this horoscope will convince you not to scrap it in the first place.

Homework: What's the most amazing feat you ever pulled off? What will you do for your next amazing feat? Truthrooster@gmail.com.