Free will astrology for the week of September 20

ARIES (March 21-April 19): "The flower doesn't dream of the bee. It blossoms and the bee comes." So says poet and philosopher Mark Nepo in The Book of Awakening . Now I'm transmitting his observation to you.
Sep 19, 2018 6:00 PM By: Pique Newsmagazine Staff 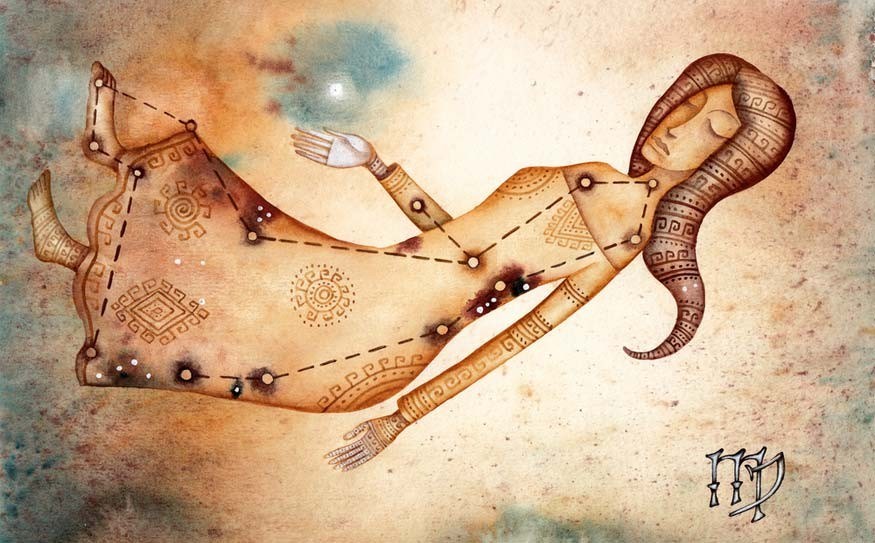 ARIES (March 21-April 19):
"The flower doesn't dream of the bee. It blossoms and the bee comes." So says poet and philosopher Mark Nepo in The Book of Awakening. Now I'm transmitting his observation to you. I hope it will motivate you to expend less energy fantasizing about what you want and devote more energy to becoming the beautiful, useful, irresistible presence that will attract what you want. The coming weeks will be an excellent time to make plans to produce very specific blossoms.

TAURUS (April 20-May 20):
Budi Waseso, the former head of the Indonesian government's anti-narcotics division, had a radical plan to prevent escapes by people convicted of drug-related crimes. He sought to build detention centres that would be surrounded by moats filled with crocodiles and piranhas. But his replacement, Heru Winarko, has a different approach. He wants addicts and dealers to receive counselling in comfortable rehabilitation centres. I hope that in the coming weeks, as you deal with weaknesses, flaws, and sins—both your own and others'—you'll opt for an approach more like Winarko's than Waseso's.

GEMINI (May 21-June 20):
In one sense, a "patron saint" is a Catholic saint who is a heavenly advocate for a person, group, activity, thing, or place. St. Jude is the patron saint of lost causes, for instance. St. Francis of Assisi is the guardian of animal welfare and St. Kentigern is the protector against verbal abusers. "Patron saint" may also be invoked poetically to refer to a person who serves as a special guide or influence. For example, in one of his short stories, Nathaniel Hawthorne refers to a veteran nurse as "the patron saint of young physicians." In accordance with current astrological omens, I invite you to fantasize about persons, groups, activities, things, or places for whom you might be the patron saint. To spur your imagination, here are some appropriate possibilities. You could be the patron saint of the breeze at dawn; of freshly picked figs; of singing humourous love songs in the sunlight; of unpredictable romantic adventures; of life-changing epiphanies while hiking in nature; of soul-stirring music.

CANCER (June 21-July 22):
In August 1933, author Virginia Woolf wrote a critical note to her friend, the composer Ethel Smyth, lamenting her lack of emotional subtlety. "For you," Woolf told Smyth, "either things are black, or they're white; either they're sobs or shouts—whereas, I always glide from semi-tone to semi-tone." In the coming weeks, fellow Cancerian, you may encounter people who act like Smyth. But it will be your sacred duty, both to yourself and to life, to remain loyal and faithful to the rich complexity of your feelings.

LEO (July 23-Aug. 22):
"People think of education as something they can finish," said writer and scientist Isaac Asimov, who wrote or edited over 500 books. His point was that we're wise to be excited about learning new lessons as long as we're on this Earth. To cultivate maximum vitality, we should always be engaged in the processes of absorbing new knowledge and mastering new skills and deepening our understanding. Does that sound appealing to you, Leo? I hope so, especially in the coming weeks, when you will have an enhanced ability to see the big picture of your future needs for education.

VIRGO (Aug. 23-Sept. 22):
Virgo businessman Warren Buffet is among the top five wealthiest people on the planet. In an average year, his company Berkshire Hathaway adds $36 billion to its already swollen coffers. But in 2017, thanks to the revision of the U.S. tax code by President Donald Trump and his buddies, Buffet earned $65 billion—an increase of 83 per cent over his usual haul. According to my analysis of the astrological omens, you're entering a year-long phase when your financial chances could have a mild resemblance to Buffet's 2017. I'm not predicting your earnings will increase by 83 per cent. But 15 per cent isn't unreasonable. So start planning how you'll do it!

LIBRA (Sept. 23-Oct. 22):
As he stepped up to use an ATM in a supermarket, a Scottish man named Colin Banks found £30 (about $51) that the person who used the machine before him had inadvertently neglected to take. But rather than pocketing it, Banks turned it in to a staff member, and eventually the cash was reunited with its proper owner. Shortly after performing his good deed, Banks won £50,000 (about $85,000.) in a game of chance. It was instant karma in dramatic action—the positive kind! My analysis of the astrological omens reveals that you're more likely than usual to benefit from expeditious cosmic justice like that. That's why I suggest you intensify your commitment to doing good deeds.

SCORPIO (Oct. 23-Nov. 21):
As you dive down into your soul's depths in quest for renewal, remember this testimony from poet Scherezade Siobhan: "I want to dig out what is ancient in me, the mistaken-for-monster ... and let it teach me how to be unafraid again." Are you brave and brazen enough to do that yourself? It's an excellent time to douse your fear by drawing wild power from the primal sources of your life. To earn the right to soar through the heights in November and December, delve as deep as you can in the coming weeks.

SAGITTARIUS (Nov. 22-Dec. 21):
According to author Elizabeth Gilbert, here's "the central question upon which all creative living hinges: do you have the courage to bring forth the treasures that are hidden within you?" When I read that thought, my first response was, why are the treasures hidden? Shouldn't they be completely obvious? My second response was, why do you need courage to bring forth the treasures? Shouldn't that be the easiest and most enjoyable task imaginable? Everything you just read is a perfect riddle for you to contemplate during the next 14 months, Sagittarius.

CAPRICORN (Dec. 22-Jan. 19):
A blogger named Sage Grace offers her readers a list of "cool things to call me besides cute." They include dazzling, alluring, sublime, magnificent, and exquisite. Is it OK if I apply those same adjectives to you, Capricorn? I'd like to add a few more, as well: resplendent, delightful, intriguing, magnetic, and incandescent. I hope that in response you don't flinch with humility or protest that you're not worthy of such glorification. According to my astrological analysis, now is one of those times when you deserve extra appreciation for your idiosyncratic appeal and intelligence. Tell your allies and loved ones that I said so. Inform them, too, that giving you this treatment could help mobilize one of your half-asleep potentials.

AQUARIUS (Jan. 20-Feb. 18):
Many educated Americans and Europeans think of reincarnation as a loony delusion, even though it's a cornerstone of spiritual belief for over 1.5 billion earthlings. I myself regard it as a hypothesis worthy of intelligent consideration, although I'd need hundreds of pages to explain my version of it. However you imagine it, Aquarius, you now have extra access to knowledge and skills and proclivities you possessed in what we might refer to as your "past lives"—especially in those past lives in which you were an explorer, maverick, outlaw, or pioneer. I bet you'll feel freer and more experimental than usual during the next four weeks.

PISCES (Feb. 19-March 20):
"When the winds of change blow," says a Chinese proverb, "some people build walls while others build windmills." Since the light breezes of change may soon evolve into brisk gusts of change in your vicinity, I wanted to bring this thought to your attention. Will you be more inclined to respond by constructing walls or windmills? I don't think it would be foolish for you to favour the walls, but in the long run I suspect that windmills would serve you better.

Homework: Imagine you get three wishes on one condition: they can't benefit you directly, but have to be wished on someone else's behalf. Freewillastrology.