FREE WILL ASTROLOGY Week of  May 10th

ARIES (March 21-April 19): In one of your past lives, I think you must have periodically done something like stick your tongue out or thumb your nose at pretentious tyrants — and gotten away with it.
May 9, 2012 9:00 PM By: Rob Breszny 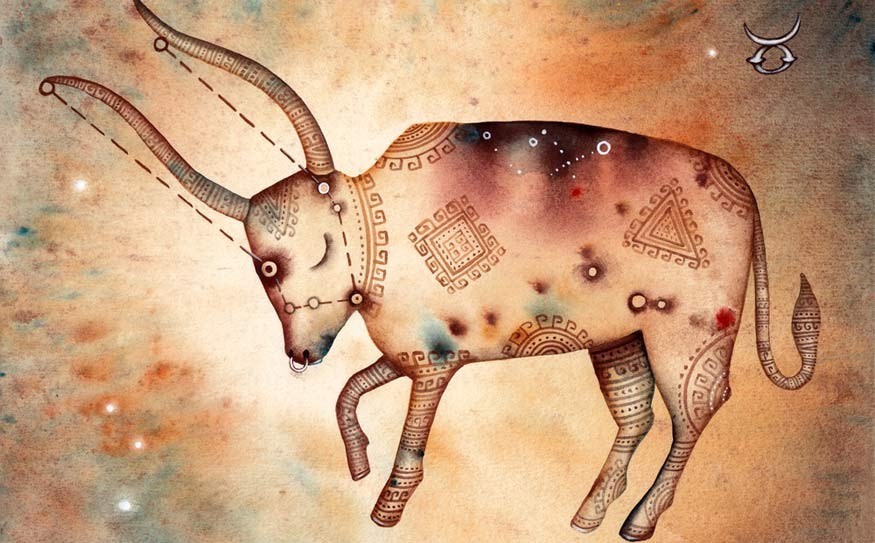 ARIES (March 21-April 19): In one of your past lives, I think you must have periodically done something like stick your tongue out or thumb your nose at pretentious tyrants — and gotten away with it. At least that's one explanation for how confident you often are about speaking up when everyone else seems unwilling to point out that the emperor is in fact wearing no clothes. This quality should come in handy during the coming week. It may be totally up to you to reveal the truth about an obvious secret or collective delusion. Can you figure out a way to be relatively tactful as you say what supposedly can't or shouldn't be said?

TAURUS (April 20-May 20): Taurus actor Daniel Day Lewis will star as American president Abraham Lincoln in a film to be released later this year. Hollywood insiders report that Lewis basically became Lincoln months before the film was shot and throughout the entire process. Physically, he was a dead ringer for the man he was pretending to be. Even when the cameras weren't rolling, he spoke in the cadences and accent of his character rather than in his own natural voice. It might be fun for you to try a similar experiment in the coming weeks, Taurus. Fantasize in detail about the person you would ultimately like to become, and then imitate that future version of you.

GEMINI (May 21-June 20): The idea of a housewarming party comes from an old British tradition. People who were moving would carry away embers from the fireplace of the home they were leaving and bring them to the fireplace of the new home. I recommend that you borrow this idea and apply it to the transition you're making. As you migrate toward the future, bring along a symbolic spark of the vitality that has animated the situation you're transitioning out of.

CANCER (June 21-July 22): My friend Irene has a complicated system for handling her cats' food needs. The calico, Cleopatra, demands chicken for breakfast and beef stew at night, and all of it absolutely must be served in a pink bowl on the dining room table. Caligula insists on fish stew early and tuna later. He wants it on a black plate placed behind the love seat. Nefertiti refuses everything but gourmet turkey upon waking and beef liver for the evening repast. If it's not on the basement stairs, she won't touch it. I'm bringing your attention to this, Cancerian, because I think you could draw inspiration from it. It's in your interests, at least temporarily, to keep your loved ones and allies happy with a coordinated exactitude that rivals Irene's.

LEO (July 23-Aug. 22): The moon's pale glow shimmers on your face as you run your fingers through your hair. In your imagination, 90 violins play with sublime fury, rising toward a climax, while the bittersweet yearning in your heart sends warm chills down your spine. You part your lips and open your eyes wide, searching for the words that could change everything. And then suddenly you remember you have to contact the plumber tomorrow, and find the right little white lie to appease you-know-who, and run out to the store to get that gadget you saw advertised. Cut! Cut! Let's do this scene again. Take five. It's possible, my dear, that your tendency to overdramatize is causing you to lose focus. Let's trim the 90 violins down to ten and see if maybe that helps.

VIRGO (Aug. 23-Sept. 22): "We all need a little more courage now and then," said poet Marvin Bell. "That's what I need. If you have some to share, I want to know you." I advise you to adopt his approach in the coming days, Virgo. Proceed on the assumption that what you need most right now is to be braver and bolder. And consider the possibility that a good way to accomplish this goal is by hanging around people who are so intrepid and adventurous that their spirit will rub off on you.

LIBRA (Sept. 23-Oct. 22): In the Byrds' 1968 song, "Fifth Dimension," the singer makes a curious statement. He says that during a particularly lucid state, when he was simply relaxed and paying attention, he saw the great blunder his teachers had made. I encourage you to follow that lead, Libra. According to my analysis of the astrological omens, now would be an excellent time for you to thoroughly question the lessons you've absorbed from your important teachers — even the ones who taught you the best and helped you the most. You will earn a healthy jolt as you decide what to keep and what to discard from the gifts that beloved authorities have given you.

SCORPIO (Oct. 23-Nov. 21): What are the most beautiful and evocative songs you know? What are the songs that activate your dormant wisdom and unleash waves of insight about your purpose here on earth and awaken surges of gratitude for the labyrinthine path you have traveled to become the person you are today? Whatever those tunes are, I urge you to gather them all into one playlist, and listen to them with full attention while at rest in a comfortable place where you feel perfectly safe. According to my reading of the astrological omens, you need a concentrated dose of the deepest, richest, most healing emotions you can tap into.

SAGITTARIUS (Nov. 22-Dec. 21): Tourists rarely go to the South American nation of Guyana. That's mostly because much of it is virgin rain forest and there are few amenities for travelers. In part it's also due to the reputation-scarring event that occurred there in 1978, when cult-leader Reverend Jim Jones led a mass suicide of his devotees. Last year, after travel writer Jeff Greenwald announced his trip to Guyana, his friends responded with a predictable joke: "Don't drink the Kool-Aid!" — a reference to the beverage Jones spiked with cyanide before telling his followers to drink up. But Greenwald was glad he went. The lush, tangled magnificence of Guyana was tough to navigate but a blessing to the senses and a first-class adventure. Be like him, Sagittarius. Consider engaging with a situation that offers challenging gifts. Overcome your biases about a potentially rewarding experience.

CAPRICORN (Dec. 22-Jan. 19): "You have more freedom than you are using," says artist Dan Attoe. Allow that taunt to get under your skin and rile you up in the coming days, Capricorn. Let it motivate you to lay claim to all the potential spaciousness and independence and leeway that are just lying around going to waste. According to my understanding of the astrological omens, you have a sacred duty to cultivate more slack as if your dreams depended on it. (They do!)

AQUARIUS (Jan. 20-Feb. 18): If you've been tuning in to my horoscopes during the past months, you're aware that I have been encouraging you to refine and deepen the meaning of home. You know that I have been urging you to get really serious about identifying what kind of environment you need in order to thrive; I've been asking you to integrate yourself into a community that brings out the best in you; I've been nudging you to create a foundation that will make you strong and sturdy for a long time. Now it's time to finish up your intensive work on these projects. You've got about four more weeks before a new phase of your life's work will begin.

PISCES (Feb. 19-March 20): Is your BS-detector in good condition? I hope so, because it's about to get a workout. Rumors will be swirling and gossip will be flourishing, and you will need to be on high alert in order to distinguish the laughable delusions that have no redeeming value from the entertaining stories that have more than a few grains of truth. If you pass those tests, Pisces, your reward will be handsome: You'll become a magnet for inside information, valuable secrets, and unusual but useful clues that come from unexpected sources.

Homework: What were the circumstances in which you were most amazingly, outrageously alive? Testify at FreeWillAstrology.com.