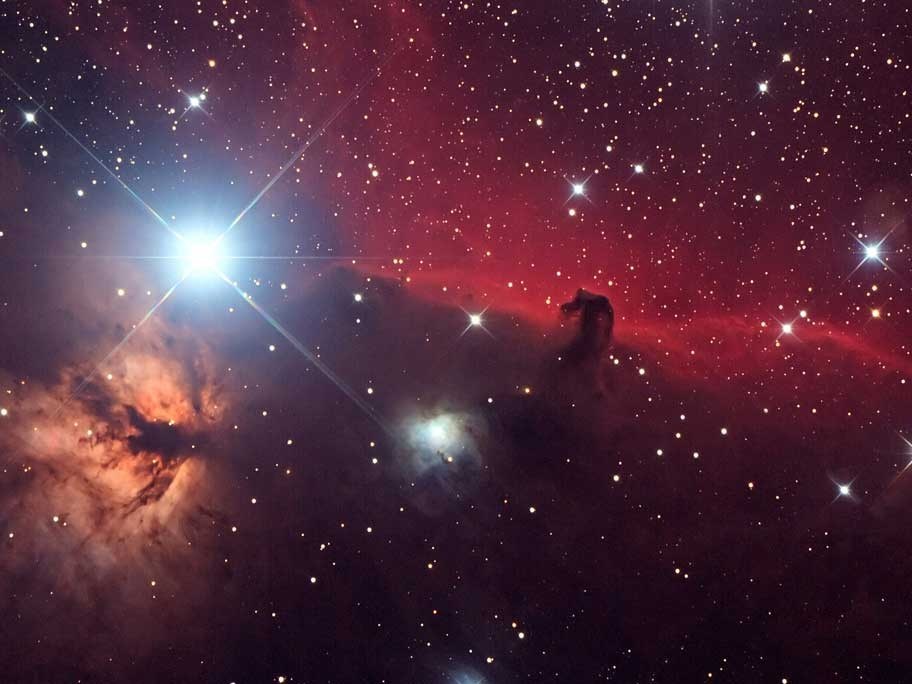 ARIES (March 21-April 19): Jim Moran (1908-1999) called himself a publicist, but I regard him as a pioneer performance artist. At various times in his colorful career, he led a bull through a china shop in New York City, changed horses in midstream in Nevada's Truckee River, and looked for a needle in a haystack until he found it. You might want to draw inspiration from his work in the coming weeks, Aries. You will not only have a knack for mutating cliches and scrambling conventional wisdom. In doing so, you could also pull off feats that might seem improbable.

TAURUS (April 20-May 20): One possible way to tap into the current cosmic opportunities would be to seek out storegasms — the ecstatic feelings released while exercising one's buyological urges in consumer temples crammed with an obscene abundance of colorful material goods. But I advise you against doing that. It wouldn't be a very creative solution to the epic yearnings that are welling up in your down-below-and-deep-inside parts. Instead, I offer a potentially far more satisfying recommendation: Routinely maneuver yourself into positions where your primal self will be filled up with sublime wonder, mysterious beauty, and smart love.

GEMINI (May 21-June 20): I'm not an either-or type of person. I don't think that there are just two sides of every story and that you have to align yourself with one or the other. That's one reason why, as an America voter, I reject the idea that I must either sympathize with the goals of the Democratic Party or the Republican Party. It's also why I'm bored by the trumped-up squabble between the atheists and the fundamentalist Christians, and the predictable arguments between dogmatic cynics and fanatical optimists. I urge you to try my approach in the coming weeks, Gemini. Find a third way between any two sides that tend to divide the world into Us against Them.

CANCER (June 21-July 22): No one actually looks like the retouched images of the seemingly perfect people in sexy ads. It's impossible to be that flawless, with no wrinkles, blemishes, and scars. Acknowledging this fact, the iconic supermodel Cindy Crawford once said, "I wish I looked like Cindy Crawford." Our unconscious inclination to compare ourselves to such unrealistic ideals is the source of a lot of mischief in our lives. Your assignment in the coming week, Cancerian, is to divest yourself, as much as possible, of all standards of perfection that alienate you from yourself or cause you to feel shame about who you really are. (More fodder to motivate you: tinyurl.com/SoftKill.)

LEO (July 23-Aug. 22): Barney Oldfield (1878-1946) was a pioneer car racer who was the first ever to run a 100-mile-per-hour lap at the Indianapolis 500. He was a much better driver while setting speed records and beating other cars on racetracks than he was at moseying through regular street traffic. Why? He said he couldn't think clearly if he was travelling at less than 100 miles per hour. I suspect you may temporarily have a similar quirk, Leo — not in the way you drive but rather in the way you live and work and play. To achieve maximum lucidity, you may have to be moving pretty fast.

VIRGO (Aug. 23-Sept. 22): Back in August 2010, there was an 11-day traffic snarl on a Chinese highway. At one point the stuck vehicles stretched for 60 miles and inched along at the rate of a mile per day. In that light, your current jam isn't so bad. It may be true that your progress has been glacial lately, but at least you've had a bed to sleep in and a bathroom to use, which is more than can be said for the stranded Chinese motorists and truck drivers. Plus I'm predicting that your own personal jam is going to disperse sometime in the next few days. Be prepped and ready to rumble on.

LIBRA (Sept. 23-Oct. 22): Here's a joke from Woody Allen's movie Annie Hall: "Two elderly women are in a Catskills Mountain resort and one of them says: 'Boy, the food at this place is really terrible.' The other one says, 'Yeah, I know — and such small portions.'" Is it possible you're acting like the second woman, Libra? Are you being influenced to find fault with something that you actually kind of like? Are you ignoring your own preferences simply because you think it might help you to be close to those whose preferences are different? I urge you not to do that in the coming week. According to my analysis of the astrological omens, it's very important that you know how you feel and stay true to your feelings.

SCORPIO (Oct. 23-Nov. 21): The Los Angeles school district dramatically downgraded the role that homework plays in the life of its students. Beginning this fall, the assignments kids do after school account for only 10 per cent of their final grade. As far as you're concerned, Scorpio, that's not a good trend to follow. In fact, I think you should go in the opposite direction. During the enhanced learning phase you're now entering, your homework will be more important than ever. In order to take full advantage of the rich educational opportunities that will be flowing your way, you should do lots of research, think hard about what it all means, and in general be very well-prepared. The period between late 2011 and early 2012 is homework time for you.

SAGITTARIUS (Nov. 22-Dec. 21): The Amazon is the second longest river in the world, and has such a voluminous flow that it comprises 20 per cent of all river water in the world. And yet there is not a single bridge that crosses it. I love that fact. It comforts and inspires me to know that humans have not conquered this natural wonder. Which leads me to my advice for you this week, Sagittarius. Please consider keeping the wild part of you wild. It's certainly not at all crucial for you to civilize it.

CAPRICORN (Dec. 22-Jan. 19): Emotion is the resource we treasure when we're young, says poet Naomi Shihab Nye, but eventually what we thrive on even more is energy. "Energy is everything," she says, "not emotion." And where does energy come from? Often, from juxtaposition, says Nye. "Rubbing happy and sad together creates energy; rubbing one image against another." That's what she loves about being a poet. Her specialty is to conjure magic through juxtaposition. "Our brains are desperate for that kind of energy," she concludes. I mention this, Capricorn, because the coming weeks will be prime time for you to drum up the vigor and vitality that come from mixing and melding and merging, particularly in unexpected or uncommon ways.

AQUARIUS (Jan. 20-Feb. 18): Studies show that if you're sharing a meal with one other person, you're likely to eat up to 35 per cent more food than if you're dining alone. If you sit down at the table with four companions, you'll probably devour 75 per cent extra, and if you're with a party of eight, your consumption may double. As I contemplate your horoscope, these facts give me pause. While I do suspect you will benefit from socializing more intensely and prolifically, I also think it'll be important to raise your commitment to your own physical health. Can you figure out a way to do both, please?

PISCES (Feb. 19-March 20): "Were it not for the leaping and twinkling of the soul," said psychologist Carl Jung, "human beings would rot away in their greatest passion, idleness." To that edgy observation I would add this corollary: One of the greatest and most secret forms of idleness comes from being endlessly busy at unimportant tasks. If you are way too wrapped up in doing a thousand little things that have nothing to do with your life's primary mission, you are, in my opinion, profoundly idle. All the above is prelude for the climactic advice of this week's horoscope, which goes as follows: Give everything you have to stimulate the leaping and twinkling of your soul.

Homework: Make a prediction about what you will do in 2012. Tell me about it by going to http://RealAstrology.com and clicking on "Email Rob."