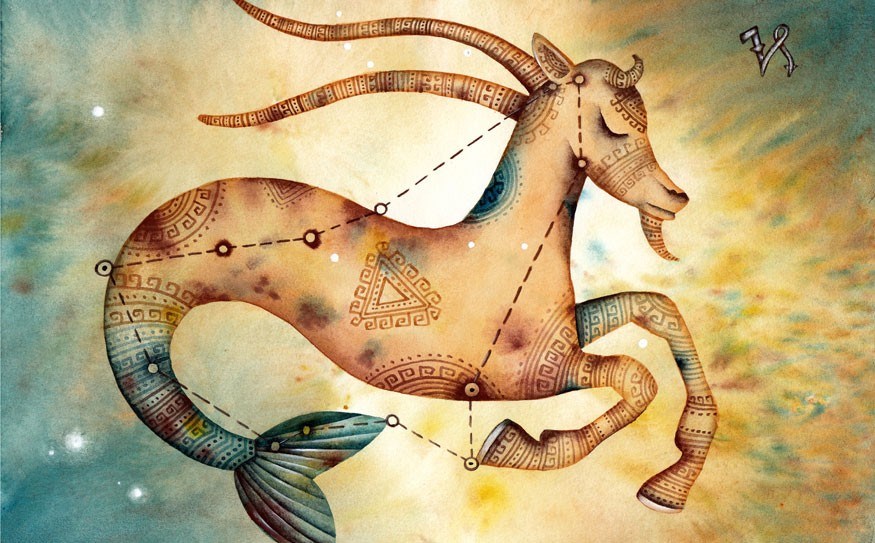 ARIES (March 21-April 19): Writing at io9.com, Charlie Jane Anders provides "10 Signs You Could Be the Chosen Savior." Among the clues are the following: 1. "How often does someone come up to you on the street, point at you, gibber something inarticulate, and run away?" 2. "How many robot/clone duplicates of yourself have you come across?" 3. "Is there a blurry black-and-white photo or drawing from history that sort of looks like you?" 4. "Have you achieved weird feats that nobody could explain but which nobody else witnessed?" Now would be a good time for you to take this test, Aries. You're in a phase of your astrological cycle when your dormant superpowers may finally be awakening — a time when you might need to finally claim a role you've previously been unready for. (Read Anders' article here: http://tinyurl.com/AreYouChosen.)

TAURUS (April 20-May 20): "Dear Rob the Astrologer: I have a big question for you. If I could get access to a time machine, where would you suggest I should go? Is there a way to calculate the time and place where I could enjoy favorable astrological connections that would bring out the best in me? — Curious Taurus." Dear Curious: Here are some locations that might be a good fit for you Tauruses right now: Athens, Greece, in 459 B.C.; Constantinople in 1179; Florence, Italy, in 1489; New York in 2037. In general, you would thrive wherever there are lots of bright people co-creating a lively culture that offers maximum stimulation. You need to have your certainties challenged and your mind expanded and your sense of wonder piqued.

GEMINI (May 21-June 20): Will archaeologists find definitive evidence of the magical lost continent of Atlantis in 2013? Probably not. How about Shambhala, the mythical kingdom in Central Asia where the planet's greatest spiritual masters are said to live? Any chance it will be discovered by Indiana Jones-style fortune hunters? Again, not likely. But I do think there's a decent chance that sometime in the next seven months, many of you Geminis will discover places, situations, and circumstances that will be, for all intents and purposes, magical and mythical.

CANCER (June 21-July 22): There's a spot in the country of Panama where you can watch the sun rise in the east over the Pacific Ocean. In another Panamanian location, you can see the sun set in the west over the Atlantic Ocean. Nothing weird is involved. Nothing twisted or unearthly. It's simply a quirk of geography. I suspect that a similar situation will be at work in your life sometime soon. Things may seem out of place. Your sense of direction might be off-kilter, and even your intuition could seem to be playing tricks on you. But don't worry. Have no fear. Life is simply asking you to expand your understanding of what "natural" and "normal" are.

LEO (July 23-Aug. 22): Metaphorically speaking, a pebble was in your shoe the whole past week. You kept thinking, "Pretty soon I've got to take a minute to get rid of that thing," and yet you never did. Why is that? While it wasn't enormously painful, it distracted you just enough to keep you from giving your undivided attention to the important tasks at hand. Now here's a news flash: The damn pebble is still in your shoe. Can I persuade you to remove it? Please?

VIRGO (Aug. 23-Sept. 22): Even when you know exactly what you want, it's sometimes crucial for you not to accomplish it too fast. It may be that you need to mature more before you're ready to handle your success. It could be that if you got all of your heart's desire too quickly and easily, you wouldn't develop the vigorous willpower that the quest was meant to help you forge. The importance of good timing can't be underestimated, either: In order for you to take full advantage of your dream-come-true, many other factors in your life have to be in place and arranged just so. With those thoughts in mind, Virgo, I offer you this prediction for 2013: A benevolent version of a perfect storm is headed your way.

LIBRA (Sept. 23-Oct. 22): Artists who painted images in caves 30,000 years ago did a pretty good job of depicting the movements of four-legged animals like horses. In fact, they were more skilled than today's artists. Even the modern experts who illustrate animal anatomy textbooks don't match the accuracy of the people who decorated cave walls millennia ago. So says a study reported in Livescience.com (http://tinyurl.com/CaveArtMagic). I'd like to suggest this is a useful metaphor for you to consider, Libra. There's some important task that the old you did better than the new you does. Now would be an excellent time to recapture the lost magic.

SCORPIO (Oct. 23-Nov. 21): After evaluating your astrological omens for the coming months, I've decided to name you Scorpios the "Top Sinners of the Year" for 2013. What that means is that I suspect your vices will be more inventive and more charming than those of all the other signs. Your so-called violations may have the effect of healing some debilitating habit. In fact, your "sins" may not be immoral or wicked at all. They might actually be beautiful transgressions that creatively transcend the status quo; they might be imaginative improvements on the half-assed way that things have always been done. To ensure you're always being ethical in your outlaw behavior, be committed to serving the greater good at least as much as your own selfish interests.

SAGITTARIUS (Nov. 22-Dec. 21): Here's the horoscope I hope to be able to write for you a year from now: "Your mind just kept opening further and further during these past 12 months, Sagittarius — way beyond what I ever imagined possible. Congrats! Even as you made yourself more innocent and receptive than you've been in a long time, you were constantly getting smarter and sharpening your ability to see the raw truth of what was unfolding. Illusions and misleading fantasies did not appeal to you. Again, kudos!"

CAPRICORN (Dec. 22-Jan. 19): What does it mean when the dwarf planet Pluto impacts a key point in your horoscope? For Capricorn gymnast Gabby Douglas, it seemed to be profoundly empowering. During the time Pluto was close to her natal sun during last year's Summer Olympics, she won two gold medals, one with her team and one by herself. Luck had very little to do with her triumph. Hard work, self-discipline, and persistence were key factors. I'm predicting that Pluto's long cruise through the sign of Capricorn will give you an opportunity to earn a Gabby Douglas-like achievement in your own sphere — if, that is, you can summon the same level of willpower and determination that she did. Now would be an excellent time to formally commit yourself to the glorious cause that excites you the most.

AQUARIUS (Jan. 20-Feb. 18): "Diplomacy is the art of saying 'nice doggie' until you can find a rock," said humorist Will Rogers. I hope you've been taking care of the "nice doggie" part, Aquarius — holding the adversarial forces and questionable influences at bay. As for the rock: I predict you will find it any minute now, perhaps even within an hour of reading this horoscope. Please keep in mind that you won't necessarily have to throw the rock for it to serve its purpose. Merely brandishing it should be enough.

PISCES (Feb. 19-March 20): Do you know the word "cahoots?" Strictly speaking, it means to be in league with allies who have the same intentions as you do; to scheme and dream with confederates whose interests overlap with yours. Let's expand that definition a little further and make it one of your central themes in the coming week. For your purposes, "cahoots" will signify the following: to conspire with like-minded companions as you cook up some healthy mischief or whip up an interesting commotion or instigate a benevolent ruckus.

Homework: To check out my three-part audio forecasts of your destiny in 2013, go to http://tinyurl.com/BigPicture2013.