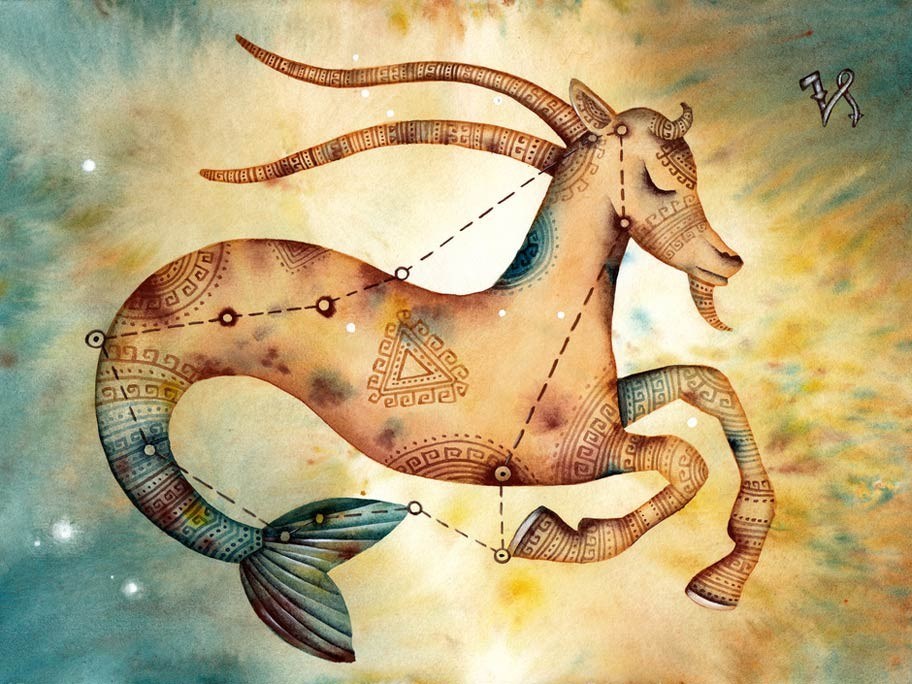 ARIES (March 21-April 19): "It is surely a great calamity for a human being to have no obsessions," said poet Robert Bly. That's why he decided to learn to love his obsessions. I urge you to keep his approach in mind throughout the coming months, Aries. You are likely to thrive to the degree that you precisely identify and vigorously harness your obsessions. Please note I'm not saying you should allow your obsessions to possess you like demons and toss you around like a rag doll. I'm not advising you to fall down in front of your obsessions and worship them like idols. Be wildly grateful for them; love them with your fiery heart fully unfurled; but keep them under the control of your fine mind.

TAURUS (April 20-May 20): "Everyone is a genius, but if you judge a fish by its ability to climb a tree it will spend its whole life believing it is stupid." Rumor has it that this pithy observation was uttered by Albert Einstein. I bring it to your attention, Taurus, because you'll be smart to keep it in mind throughout 2012. According to my astrological analysis, you will have an excellent opportunity to identify and hone and express your specific brilliance. So it is crucial that you eliminate any tendency you might have to see yourself as being like a fish whose job it is to climb a tree.

GEMINI (May 21-June 20): In his book Priceless: How I Went Undercover to Rescue the World's Stolen Treasures, former FBI agent Robert K. Wittman tells the story of the world's second largest crystal ball. Worth $350,000 and once belonging to the Chinese Dowager Empress, it was stolen from a museum. Wittman never located the actual robber, but years later he tracked down the crystal ball to a person who had acquired it quite innocently and by accident. She was a young witch in New Jersey who, unaware of its origins or value, kept it on her bedroom dresser with a baseball cap on top of it. I suspect you may have a comparable adventure in the coming months, Gemini. If you look hard and keep an open mind, you will eventually recover lost riches or a disappeared prize in the least likely of places.

CANCER (June 21-July 22): It's impossible for the human body to run a mile in less than four minutes — at least that's what the conventional wisdom used to say. And indeed, no one in history ever broke that barrier until May 6, 1954, when Roger Bannister raced a mile in three minutes, 59.4 seconds. Since then, lots of athletes have done it and the record has been lowered by another 17 seconds. In fact, the sub-four-minute mile is now regarded as a standard accomplishment for middle-distance runners. I suspect that in 2012 you will accomplish your own version of Bannister's feat — a breakthrough that once seemed crazy difficult or beyond your capacity.

LEO (July 23-Aug. 22): Back in 1958, 17-year-old Bob Heft created a 50-star American flag for a high school project. Hawaii and Alaska were being considered for U.S. statehood at that time, and a new design was needed to replace the old 48-star flag. Heft's teacher originally gave him a grade of B- for his work. But when his model was later selected to be the actual American flag, the teacher raised his grade to an A. I suspect that a similar progression is in store for you in the coming year, Leo. Some work you did that never received proper credit will finally be accorded the value it deserves.

VIRGO (Aug. 23-Sept. 22): Greek philosopher Plato suggested that we may become more receptive to spiritual beauty by putting ourselves in the presence of physical beauty. The stimulation we get when inspired by what looks good may help train us to recognize sublime truths. I'm not so sure about that. In my experience, people often get so entranced by their emotional and bodily responses to attractive sights and sounds that they neglect to search for higher, subtler sources of splendour. But I do believe you may be an exception to this tendency in the coming months. That's why I'm giving you the go-ahead — indeed, the mandate — to surround yourself with physical beauty.

LIBRA (Sept. 23-Oct. 22): Before he died in 1902, Libran cartoonist Thomas Nast left a potent legacy. Among his enduring creations were the modern image of Santa Claus, the iconic donkey for America's Democratic Party, and the elephant for the Republican Party. I'm guessing that 2012 is going to be a Thomas Nast kind of year for you Librans. The work you do and the ripples you set in motion are likely to last a long time. So I suggest you choose the influences you unleash with great care and integrity.

SCORPIO (Oct. 23-Nov. 21): "If you're in a good relationship, chances are you're bored out of your mind," spouts comedian Chris Rock in his show Never Scared. "All good relationships are boring. The only exciting relationships are bad ones. You never know what's going to happen tomorrow when you're in a bad relationship. You never know when they're gonna walk through the door and say, 'Hey, you gave me crabs.' That's exciting!" Rock is making a satirical overstatement, but it does contain grains of truth. Which is why, in accordance with the astrological omens, I deliver the following request to you: In 2012, cultivate stable relationships that are boring in all the best ways.

SAGITTARIUS (Nov. 22-Dec. 21): Once every decade or so, you're asked to make a special point of practicing forgiveness and atonement. According to my reading of the astrological omens, that time will be the next few months. I think it'll be quite important for you to cleanse the grungy build-up of regrets and remorse from your psyche. Ready to get started? Compose a list of the sins you could expiate, the karmic debts you can repay, and the redemptions you should initiate. I suggest you make it into a fun, creative project that you will thoroughly enjoy.

CAPRICORN (Dec. 22-Jan. 19): Happiness isn't a state you acquire by luck. It takes hard work and relentless concentration. You have to rise up and rebel against the nonstop flood of trivial chaos and meaningless events you're invited to wallow in. You have to overcome the hard-core cultural conditioning that tempts you to assume that suffering is normal and the world is a hostile place. It's really quite unnatural to train yourself to be peaceful and mindful; it's essentially a great rebellion against an unacknowledged taboo. Here's the good news: 2012 will be an excellent time for you to do this work.

AQUARIUS (Jan. 20-Feb. 18): More and more musicians and authors are choosing to self-publish. That way they retain the full rights to their creative work, keeping it from being controlled and potentially misused by a record label or publishing company. One example is singer-songwriter Terri Hendrix, who owns all 14 of her master recordings. She lives by the motto, "Own Your Own Universe." I urge you to adopt her approach in 2012, Aquarius. The coming months will be prime time for you to do all you can to take full possession of everything you need to become what you want to be.

PISCES (Feb. 19-March 20): The coming months will be a time when you'll thrive by seeking out novel ideas, using new words, and regarding your imagination as an organ that's as important to feed as your stomach. In that spirit, I'm offering you a slew of freshly made-up terms that'll help tease your brain in ways that are in alignment with the upcoming astrological factors. They all come from the very NSFW dictionary at http://tinyurl.com/Dixtionary. 1. Assymectricity: energy generated by lopsidedness. 2. Enigmagnetic: a person who attracts mysteries. 3. Indumbnitable: incapable of being dumbed down. 4. Beneviolent: helpful chaos. 5. Fauxbia: a fake fear. 6. Craptometry: ability to see through all the BS. 7. Adoregasm: when you treasure someone to the point of ecstasy.

Homework: Send me a list of your top five New Year's resolutions. Go to RealAstrology.com and click on "Email Rob."