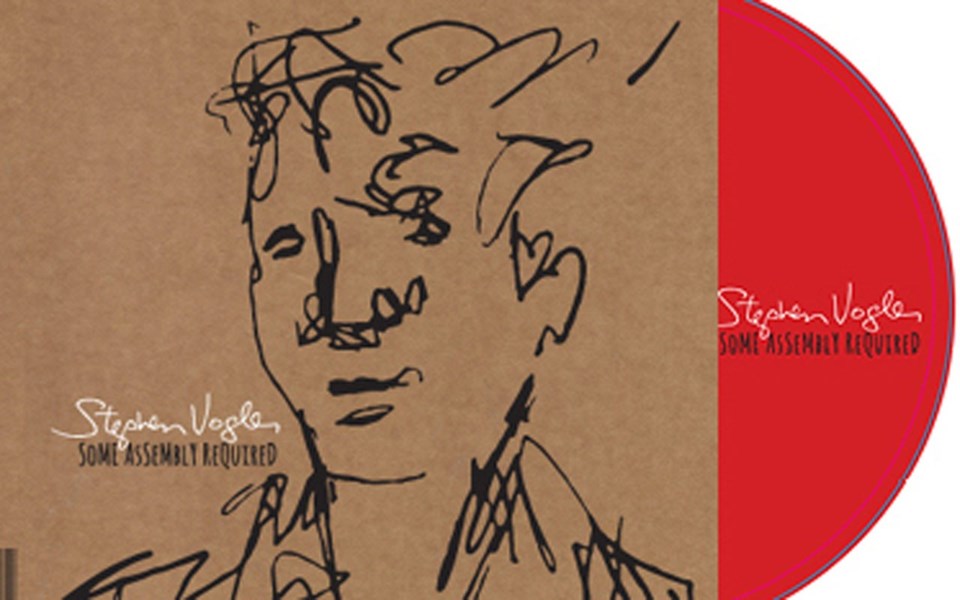 Stephen Vogler's new EP is out on March 15. Photo submitted

Stephen Vogler chose the title of his new EP, Some Assembly Required, for two reasons.

First, and most straightforward, it’s the name of his band. But also the four-song CD was several years in the making, with bits and pieces trickling in from across the country.

“Life happens and you get busy with other things,” Vogler says. “When there’s no hard deadline, you can say, ‘I’ll get to that soon.’”

After a long hiatus from recording—most recently with The Hounds of Buskerville—Vogler decided to revisit some older, unfinished songs and write new releases. He started off recording at The Point Artist-Run Centre, where he serves as artistic director, three years ago, connecting with local musician and recording engineer (and executive director of the Whistler Museum) Brad Nichols and carrying on the project at Nichols’ home in Alpine Meadows.

“He was instrumental,” Vogler says. “He has more knowledge than I have in terms of the technology. He brought a lot of it together.”

“I love working with these musicians,” Vogler says. “I’m lucky to have awesome musicians play with me and record.”

The resulting four tracks are steeped in reggae grooves with lush, full instrumentation. While they’ll all draw listeners to the dancefloor, lyrically, Vogler gives equal time to lighter love songs and heavier political topics—ranging from government policy on drugs to the way Indigenous people are treated in Canada.

“Reservations” is a standout track with vocals from Joe, a Lil’wat Nation musician who Vogler first met in high school in Pemberton.

“That was my take on our country’s history of reserves and segregation,” he says. “What lies at the heart of Canada, this whole issue of the Indigenous people and the settlers. I went to school with people from Mount Currie and D’arcy. I was trying to look into that in terms of reconciliation.”

On top of contributing vocals, Joe also reviewed the song from his perspective and gave Vogler the green light. “He recorded (vocals) on his phone and sent it the next day and I mixed it in there,” Vogler says. “It was the most complex one to put together. Hopefully it conveys what I’m trying to say there.”

Finally, the record was mixed in East Vancouver and this week Vogler will pick up the physical copies (with art work by local graphic designer Christine Raymond) from Surrey ahead of his release party on Friday, March 15 at Black’s Pub.

There’s also another cause for celebration that day.

“They were going to give me a gig in March and offered that day. I said, ‘Oh that’s my birthday! I guess I know what I’m doing now,’” Vogler says.

Rajan and Geeta Das will both accompany him on stage. “We’ll have bass guitar, trumpet, and sax,” he adds. “It’ll be nice to reflect the recording a bit more.”

With the new EP completed, Vogler says he’s aiming to keep up the momentum with a tour to support it this summer—followed by a longer album.

“It feels really great to finish something,” he says. “I like making things; I’m a creator, so it’s nice to finish them and move on to the next thing.”

Celebrate the launch of Some Assembly Required (and Vogler’s birthday) at Black’s Pub on Friday, March 15 at 9 p.m.

For more information on how to hear the EP visit stephenvogler.com.