A lesson in success from Imaginary Cities 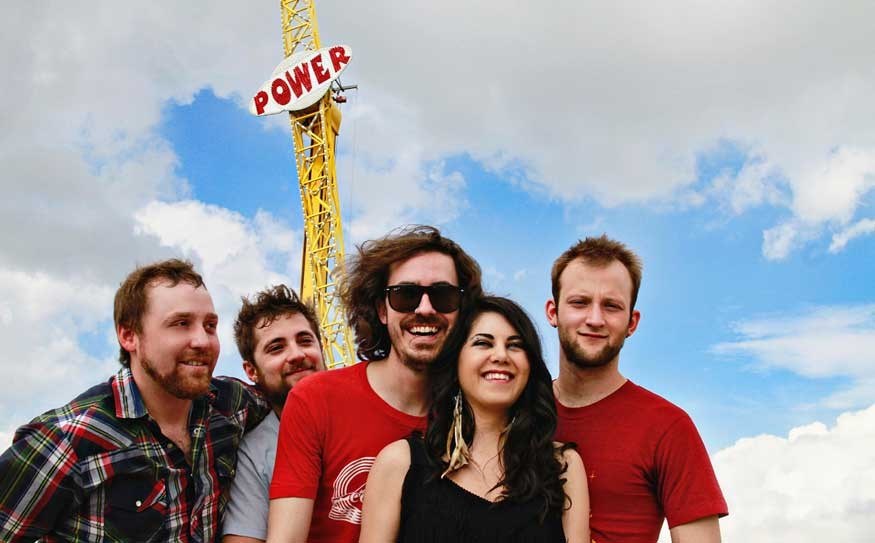 Rusty Matyas knew he was on to something when he had to quit his job.

His band, Imaginary Cities, was gaining momentum worldwide and he was forced to leave his post as sound technician at The Cavern in Winnipeg to meet the touring demands.

"I could play music for a living!" Matyas says with a laugh. "It can be difficult because you have to tour a lot but at the end of the day, that's really nothing to complain about!"

Since 2011, Imaginary Cities have been on the road constantly on the strength of their debut, Imaginary Cities, a collection of refreshingly unpretentious indie-pop gems that received a Polaris nod last year. Not too shabby for a band that never intended to be a band in the first place.

In 2010, Matyas's former group, the JUNO-nominated Winnipeg rockers Waking Eyes, had just broken up and he was working at The Cavern. One night, he heard vocalist Marti Sorbit performing with her Motown cover band and, inspired by her voice, wrote "Say You," his version of a Motown song for her to sing.

"It turned out great," Matyas says. "We had a great time working together and so we started writing songs, consciously making them not Motown songs. She already has this Motown-soul-blues kind of voice and we figured if we try to write modern pop songs with her old soul-inspired vocal elements, it creates this new recipe that we felt was pretty unique."

The two of them wrote and recorded the songs that would eventually make up their 2011 debut, Temporary Resident, in very informal sessions strictly for fun with the aid, he admits, of "a few too many glasses of wine." There was no master plan, no ambition, in the recording of these songs, and it comes through in the tape: there's laughter in the background, and out of time clapping, a hiss of the low-fidelity equipment they were using record the sessions. The songs are as freewheeling as they are heartfelt, as modest as they are anthemic.

During this time, Matyas was touring with Winnipeg's indie-rock royals The Weakerthans when Stephen Carroll, the band's guitarist and manager, heard the Matyas/Sorbit demos and offered to manage them.

"We hadn't even thought of that! We weren't going to be a band," Matyas says.

"It's super backwards because we had this finished CD. Most bands rehearse and tour and then go into the studio. We did the exact opposite. We had the CD and then we had to rehearse so that we could go on tour to play these songs."

They hand-picked three of their favourite "super-nice, super-talented" musicians — David Landreth, Ryan Voth and Zack Antel — and hit the road. They've toured North America and Europe several times over the past year (they will have played 102 shows in 2012 by the time this goes to press). Their appearance at NXNE 2011 in Toronto heightened their profile nationwide and, later that year, they won a West Coast Music Award for Best Pop Album of the Year, and were long-listed for the 2011 Polaris Prize. They've supported seminal alternative rockers The Pixies on tour.

This is a considerable amount of attention for a band barely two years old, but Matyas says he's hardly surprised. Not to be arrogant or anything — Matyas is anything but arrogant — but he says they've worked really hard. Success, he says, is what occasionally happens when bands work hard.

"It's (the attention) flattering more than it is surprising," he says. "I've toured in lots of different bands for 15 years and have seen all levels of success. I played in Waking Eyes for almost 10 years and didn't even quite reach as many people as Imaginary Cities seems to be reaching. In my 30s I'm starting to feel some validation. It's great. It's wonderful and it's humbling because it's not something that's just handed to you."

Imaginary Cities will play Dusty's on Friday, June 13. Tickets are $10.