A long road to Promiseland for Vancouver actress

Andrea Stefancikova stars in production premiering at the Whistler Film Festival on Dec. 5, named Star to Watch
Nov 15, 2019 1:00 AM By: Alyssa Noel 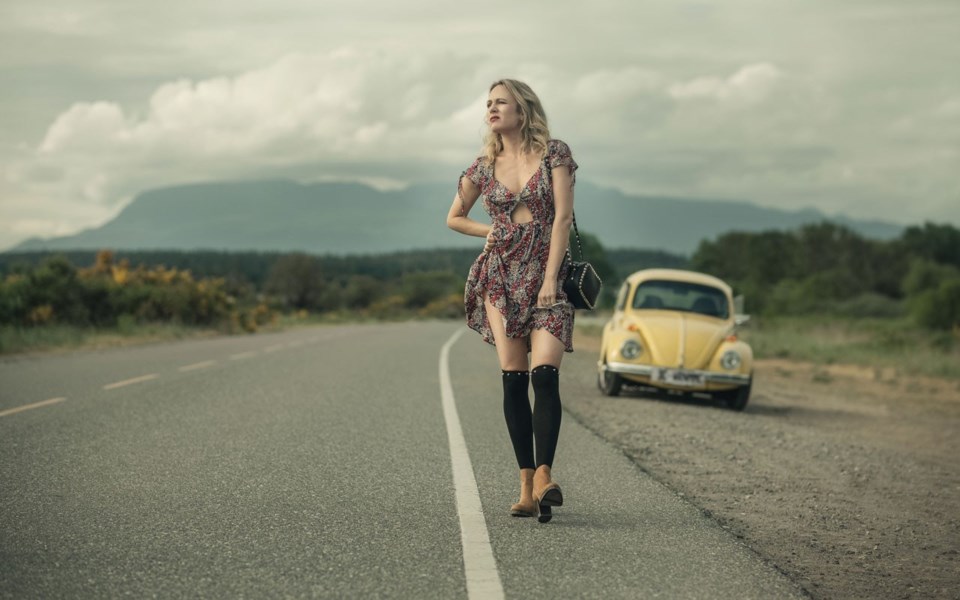 When Vancouver actress Andrea Stefancikova found out last week that the Whistler Film Festival had named her one of its Stars to Watch this year, she burst into tears.

It's been a long road to get to this point.

"It's a really big deal," she says. "You should've seen me ... I feel so grateful and honoured and humbled."

The award stems from her performance in Promiseland, which is set to make its world debut at the Whistler Film Festival on Dec. 5 (with another screening on Dec. 6). She co-stars alongside director Kirk Caouette as Velvet, a sex worker with a troubled past.

Stefancikova, who is originally from Czechoslovakia, has been vocal about what she calls accent discrimination. The main issue is with her Eastern European accent she's been relegated to roles like prostitute in the past—but said she was drawn to this character because she had depth and was so well developed.

"She's a victim of human trafficking, but she evolves into this pure survivor," she says. "The journey she takes the audience on, there's a lot of action. It's beautifully shot. It features Vancouver and some of the shots are seriously stunning."

Stefancikova and her family immigrated to Vancouver in 1998. While she always wanted to study acting, a bad experience with an acting school temporarily set her on a different path.

"My English was quite terrible when we moved here," she says. "I went to audit a class—I won't say which school or the class—and the teacher laughed at the end of the class and said, 'You want to study acting when you can't speak English?' I was still really young—17 or 18 and I was a bit humiliated. I thought, 'This is the worst. I'm moving out of Vancouver.'"

Shortly after, she was scouted for modelling and wound up moving to Milan for a year, but the urge to act stayed with her. She moved to Toronto and then Montreal, where she studied drama/acting at two different schools (Meisner/Strasberg Institute) and began working on her speech and minimizing of her accent. While she landed a few small roles in that city, eventually, decided she was ready to return to the West Coast to finish what she started.

Stefancikova had no trouble landing an agent or auditions, but she began to struggle with a drug addiction that prevented her from giving her career the focus it needed.

She listened and after spending time at a facility, she moved to the Middle East to a dry country where she could further work on her sobriety. Now back in Vancouver, she's spent the last four years clean and three sober. "I went back to classes and studying and making sure every time I auditioned, I'm super prepared," she says.

With credits in productions like Unmasked, Dark Harvest, Below Her Mouth, and Kidnapped in Romania, to her name, Promiseland is one of her biggest starring roles.

That's thanks, in large part, to giving it everything she has, she says. She met director Caouette at a coffee shop in Vancouver while she was out with a mutual friend one day. By chance, they were just starting to cast for the role.

When he found out she was an actress, he sent her home with the script and asked her to write a biography for Velvet. She took the homework very seriously.

"I created this whole life her," Stefancikova says. "Kirk said the next day, 'Oh, that's really interesting. I didn't expect it. You wrote so much and I'm intrigued now.'"

While she's seen an early private screening of Promiseland, she's looking forward to its debut in Whistler.

"I'm so excited," she says. "[The festival] has been so amazing that they chose to have the world premiere in Whistler."

Tickets for the films and festival passes are on sale now at whistlerfilmfestival.com.