A Magnetic film about shredding 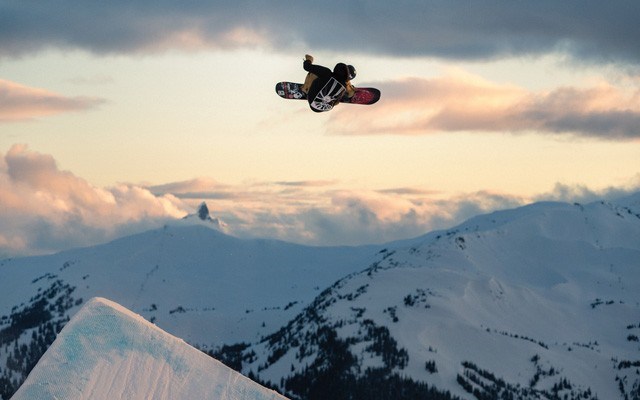 Remember this? WB's new film Magnetic is a declaration of love for Whistler skiing and snowboarding, using some of the most-talented athletes around. photo by Robin O'Neill for Whistler Blackcomb

Ski movie season is almost upon us, and Vail Resorts Whistler Blackcomb (WB) has gotten a head start.

Magnetic: A Whistler Blackcomb Movie is about that irresistible pull that brings people to the resort.

"We started filming early last winter because it was snowing so heavily, there was seven feet of it (2.1 metres) right off the bat," says co-director Jeff Thomas.

"You can't be complacent about whether it will stay, so we filmed a lot right away. One of the most memorable storm cycles I've ever seen came through; Dec. 29 we got 59 centimetres and Dec. 30 ended up being the biggest day Whistler Blackcomb ever had. It got another 20 cm overnight. It was pretty helpful."

The entirety of the 37-minute film was shot within WB boundaries, and shows off the magnificent variety of terrain available.

"My experience is making ski movies all over the world and I always thought it would be fun to make a movie like this on our mountains. The only place I've ever travelled to where I thought you might be able to pull this off is WB," Thomas says.

"There is some backcountry, but it's 100 per cent open to the public and easy to reach."

"That was the other angle. Whistler is perhaps the only place in the world that has this much talent — male and female, young and old," Thomas laughs.

"So many of them call this place home and care about it. We have around 30 people come and go."

The film is divided into story segments inspired what is magnetic about Whistler: Drawn to Possibilities; Drawn to Progression; Drawn to Challenge; Drawn to the Storm; and so on.

"There are these little chapters to the movie. The narrator comes and goes, weaving it all together, and speaks to those themes," Thomas says.

He co-directed the movie with Darren Rayner and Graeme Meiklejohn; Origin Design and Communications produced it.

"Being a slightly jaded skier-snowboarder moviemaker guy, it was an awesome way to rediscover where I live," Thomas says.

"You'd be on a run and tell someone to follow me and go a few metres over and one run and I'd be told, 'I never knew that was there!' A lot of little instances. It was so much fun."

Magnetic will be the centrepiece of the WB's 2017-18 marketing campaign. The world premiere takes place at the Whistler Conference Centre on Saturday, Oct. 7, at 7 p.m. Tickets go on sale at www.whistlerblackcomb.com on Thursday, Sept. 28.