A Misstress of techno no longer 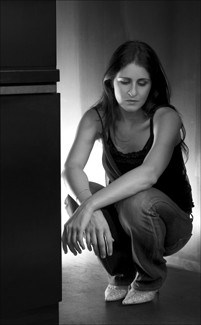 "I have the confidence and skills to touch many different sounds now." DJ Misstress Barbara

As a child, we look and even listen in black and white, our experiences keeping how we look at life relatively simple.

For Italian-born Montrealer DJ Misstress the last 10 years of her turntable experience have been dedicated to driving techno as her mainstay, with a few house sets under the alias Barbara Brown.

However, with her record boxes demanding refreshening and a curiosity to explore, the techno Misstress has discovered the appreciation for grey tones, a sound garden somewhere between the blacks and whites of house and techno – a place of excitement, growth and new beginnings.

"I love this new mixture: it’s somewhere between both the electro side of house and the minimal of techno," she said from her Montreal home.

"There is nothing new with pure house and techno. It doesn’t excite me at all. It’s all the same tribal disco filtered house and I needed something to refresh my ears…. I have the confidence and skills to touch many different sounds now. Now I feel like this is a brand new start for me."

Misstress will bring her fresh start Wednesday, March 15 at 9 p.m. to the Garibaldi Lift Company (GLC).

A fresh start isn’t always an easy one.

"I’ve been in techno for 10 years and now all of a sudden I am confusing everybody’s minds," she said. "They either book me expecting techno or they won’t book me because they think I am too techno."

Like she did 10 years ago, she now has to send out her new sonic samples to prove her turntable prowess.

What first drew her to techno continues to inspire her future sets. A drum kit was the Misstress’s first weapon of choice.

"The drum programming of minimal is very funky," she said. "I was always into drums. Minimal is like hard techno: very based on drums."

Her changeover wasn’t the product of techno trends falling to the wayside, but instead what was available at the record store.

"With less techno being produced and more minimal and electro out, it is natural this change happened," she said. "I don’t play full on commercial electro, just a little influence."

Her creative zeal culminates in her latest album, Come With Me… (Koch) released last month.

The jet setter keeps an exhausting touring schedule, with shows throughout North and South America, Europe, Asia and Australia. She has played alongside luminaries such as Bjork, Theivery Corporation, Front 242, Carl Cox and Masters at Work, just to name a few.