Aiming to be the best in the world 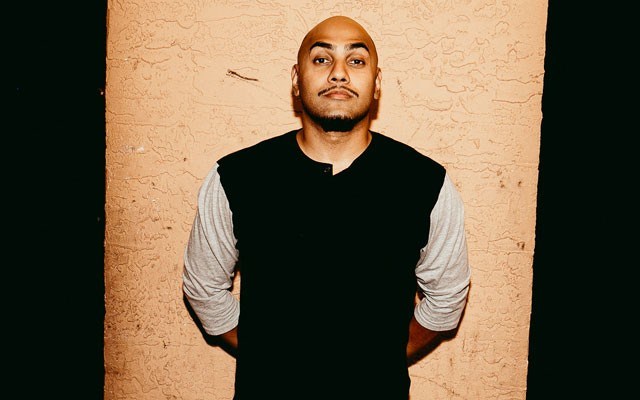 Reaching for the top DJ C Stylez is competing in Las Vegas, along with 10 other DJs from nine countries. PHOTO submitted

Maxx Fish's weekend resident DJ is heading to an international competition in Las Vegas — and he hopes what happens in Vegas doesn't stay there.

DJ C Stylez won the Western Canadian title in the Miller SoundClash competition in Vancouver in June, and is competing against 10 other DJs from around the world in the event's finals.

The competition, to find the top global electronic dance music (EDM) DJ, takes place from Aug. 9 to 13 at The Cosmopolitan Las Vegas Hotel.

"It's incredible. It was very unexpected and I am definitely thankful for the opportunity," he says.

The Surrey-based DJ found the competition online on Mixcloud, where he posts his music, and has competed twice.

"The Miller SoundClash contest was open internationally — EDM is a worldwide phenomenon — so I decided to see what I could do with it," Stylez explains.

"I never thought that a competition that is only on the internet would be as big as it is."

"But I did have my first taste and I was, like, 'Wow, this is incredible. I didn't expect anything to come from that.'"

Stylez plays a solo show on Friday nights at Maxx Fish, and teams up with DJ Fidel Cashflow on Saturdays.

To enter the Miller SoundClash competition, Stylez had to submit a mix track, which was then posted online for EDM lovers to check out, and those with the highest number of hits moved to the finals, a live regional event.

"I got a phone call from Miller, they told me I had advanced to the Vancouver qualifier with six other DJs," he says.

"There were a few other DJs from Vancouver, plus two from Calgary. They had to drive to the coast on their own coin, which is pretty wild."

On the night, Stylez was the final DJ to compete.

"I thought everyone was incredible, really good. I grew up on hip-hop music and Top 40, but EDM was something I got into from DJing in nightclubs. You have to understand the language of the people," he says.

"When you see people partying to music you begin to see what they like about it. I have a hip-hop background and going into the competition I was a little intimidated, but I did my set, they announced the winner 15 minutes after I finished, and I was it!"

The other competing DJs in the finals are from Argentina, Brazil, Chile, Columbia, Honduras, Panama, Paraguay, Russia, Turkey and Eastern Canada. Each DJ has 20 minutes to blow the roof off.

"I'm trying not to overwhelm myself with planning," Stylez says.

"I want to go to Vegas, have a good time, but not be a nervous wreck going into it. Again, I feel like I am a student of EDM, I don't live the lifestyle. I'm trying to do my due diligence in the sense of listening to music that I wouldn't normally listen to on a regular basis."

He says this will force him to open his ears and use his judgment on what will get the crowd going.

"I could easily go online and type in, 'What are the hottest songs?' but I won't. I'm trying to go with the vibrations and if something sounds good to me, I'm going to play it."

The winner will be declared following a competition on Thursday, Aug. 10.

"For some reason, Canada is the only place that got divided into two regions. There will be a Toronto winner there, too," Stylez says.

The winner will receive the title of 2017 Miller SoundClash Champion, have a song released through AfterCluv/Universal Records, and perform a one-hour set opening for The Chainsmokers at XS Nightclub in Las Vegas.

"The sponsors completely transform the clubs. They bring in their own sound, their own lighting. It's a big, big production," Stylez says.

"It's incredible how these things start. They're grassrooted, and as long as it can keep going and have good people following it, it develops into something bigger."