Around the world with Conor Fitzpatrick 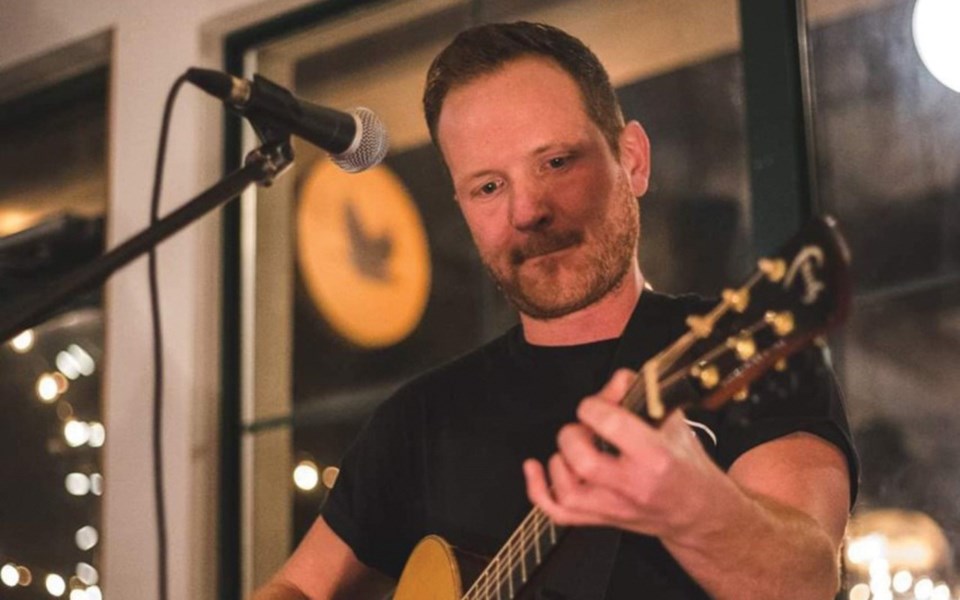 Conor Fitzpatrick has a weekly gig at Cranked Espresso Bar. Catch him every Wednesday. Photo submitted

Conor Fitzpatrick spent his 20s travelling around the world to wildly varying countries, but he made sure to have one item at each stop: his guitar.

"There are Irish bars everywhere in the world," says Fitzpatrick, who's originally from Belfast, but now calls Whistler home. "I'm quite lucky. If you walk in with a guitar and an Irish accent, they give you a gig."

He's being modest, of course.

Since arriving in Whistler nine months ago, his unique acoustic spins on everything from Van Morrison to Thin Lizzy and Taylor Swift—not to mention his booming voice—have earned him a weekly Wednesday residency at Cranked Espresso Bar as well as an increasing number of gigs at bars around town.

"I like to do things people don't expect to hear on an acoustic guitar," he says. "People will be like, 'Oh, I've heard that song before. What is it? It sounds completely different.' I put my own little spin on it."

Fitzpatrick first started playing music for an audience as a busker in Belfast. It didn't take long before he got noticed. "[Bar bookers] would ask me to come and play in their establishments in Belfast and, from there, I just played more and more," he recalls.

On top of that, he was chosen as Belfast Busker of the Year, which earned one of his original tracks a spot on radio, as well as a slot at a major music festival, playing alongside Irish artist Mundy.

Despite the fact that he was building buzz in his home city, Fitzpatrick decided he wanted to travel. "When I went to Liverpool, it was difficult to get it kicked off and start again. It was something I knew I'd have to get used to if I was travelling, so I was OK to do that," he says.

From Australia to Vietnam, New Zealand to South America, everywhere he went he made sure to have his guitar in tow.

"I've been travelling quite a lot," he says. "I really couldn't do it if I didn't have music. I've been teaching kids [as a high school teacher] but if I didn't have the music I wouldn't be able to save the money as quickly and see different places. It's like a second job ... I love it, it's like a hobby. It's perfect for me."

Here in Whistler he teaches biking to young kids through the Whistler Sports Academy, which leaves him plenty of time in the evenings to pursue that second job. The two worlds have even occasionally collided.

"Cranked [gigs are] so early, so parents bring their kids because they know I'm playing," he says. "The kids are just mesmerized. That's a really cool thing to see."

With so much experience busking and playing in bars around the world, Fitzpatrick has a unique vantage point to assess Whistler's music scene. His verdict?

"Everybody is super supportive," he says. "In other places, they can be quite standoffish with each other and competitive maybe ... Because it's a small community, you know everybody."

Catch Conor Fitzpatrick at Cranked every Wednesday from 4:30 to 7:30 p.m. He's also playing around the village as part of Arts Whistler's street animation on Aug. 30 and Sept. 28.