I was 15 years old in April of 1992 when four LAPD officers were acquitted for beating the crap out of Rodney King while unknowingly being filmed with a video camera.
Jun 20, 2020 7:00 AM By: Feet Banks 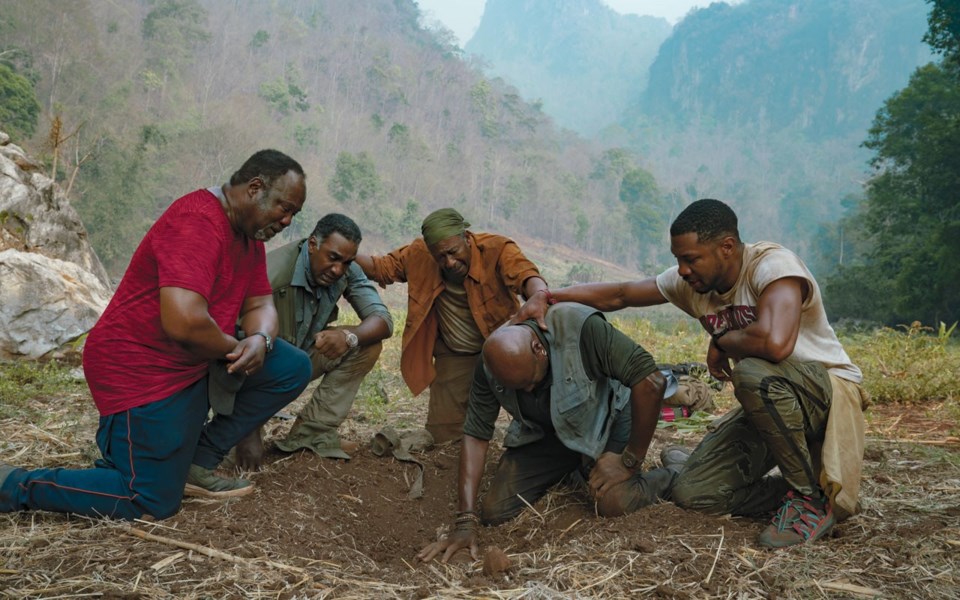 I was 15 years old in April of 1992 when four LAPD officers were acquitted for beating the crap out of Rodney King while unknowingly being filmed with a video camera.

I'd already developed a keen interest in hip hop culture through flicks like Do the Right Thing, Boyz n the Hood, and Colors and a deep familiarity with music of Ice-T, Public Enemy, and N.W.A., so the subsequent L.A. Riots made sense. As Ice Cube said on his November 1992 album The Predator, "Anything you want to know about the riots was in the records before the riots" (the song F*ck Tha Police came out in 1988).

It was obvious that here was massive group of people sick and tired of the same old bullshit—the Watts riots, protesting excessive force by the police, occurred in 1965 and nothing had changed. If anything, it had grown worse.

While 1992 was 28 years ago, incredibly, it still seems like nothing has changed, and is, in fact, worse (although the invention of cell phone and dashboard cameras may just mean it's always been this bad, we just see a lot more of it now).

As a middle-aged white man (albeit with a youthful heart and a 15-year-old's sense of humour) who grew up in a super-white ski town in western Canada, most of my friends and I have enjoyed the lifelong privilege of never having to fear being harassed (unless we were skateboarding) or murdered by the police. (My First Nations friends did not enjoy such privilege and anyone who thinks these problems of discrimination, violence, and murder are uniquely American is sorely mistaken.)

I am not an expert on this. I haven't joined any protests (COVID freaks me out) and am often unsure how to be an ally, how to check my privilege, how to do the right thing. So I turn to movies that I watch with my son, so we can learn from the perspectives of those who are affected by racism and this recurring discriminatory bullshit every day of their lives, for multiple generations.

Full support to everyone out in the streets fighting for these basic human rights, to everyone who is donating, having difficult conversations, and giving airtime and support to Black voices. There is a lot of work to be done, generations of work, for all of us. For me, movies, books, music and art are an easy entry point into better understanding of what is happening, what it means, and how to not be part of the problem. Here's a short list of flicks worth checking out (the one's I mentioned above are all worthy too):

13th (Netflix, YouTube) When locking up your citizens becomes one of your country's biggest industries... Ava DuVernay's examination of the U.S. prison system and how racial inequality fills the cells. From who really benefits from the "war on drugs" to the effects of locking up a generation of fathers, this one is required viewing for context into the uprisings occurring right now.

United Skates (HBO/Crave) A roller skating documentary chronicling the segregation and decline of roller rinks in America and the importance of community spaces to building a healthy youth culture. (And the skating is phenomenal).

DA 5 BLOODS (Netflix) From (finally) Academy-Award winner Spike Lee, this one is a treasure hunt Vietnam flick that peels back the layers and cycles of pain, violence, injustice and wounds incurred by the Black experience in the Vietnam War. Hung on a story of four vets returning to Vietnam to reconnect and find the body of a fallen brother (and some lost gold), the flick has a lot to say and is full of documentary footage and grim facts, but an award-worthy performance by Delroy Lindo carries the narrative to interesting and surprising places.

Dave Chappelle's 8:46 (YouTube) Chappelle dropped a new stand-up show, recorded live in a post-COVID environment, and while it isn't all that comedic, this one is a powerful watch. Chappelle unpacks the pain, anger and frustration of watching innocent people murdered in the street again and again, and why he's content to let the streets rise up and speak.

This is a very short list, but there are lots of longer ones online. Movies, books, music, art—these are the barometers of a culture. It's always good to get outside our norms and learn from the art of others. A barometer always tells you when a storm is coming.