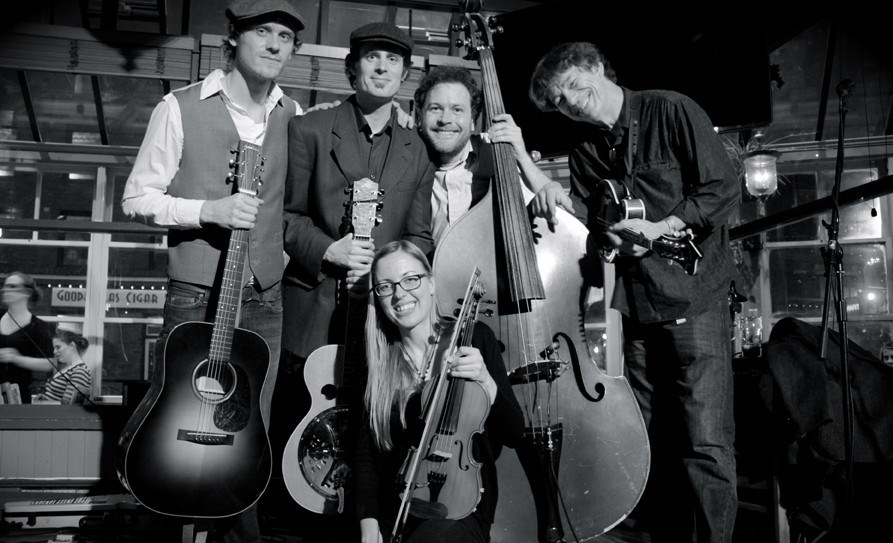 Organizing a one-day festival is a lot harder than it sounds.

That's the lesson Stacey Spencer and Michelle Fulford learned this year when Cam Salay passed down planning duties for the annual Brackendale Bluegrass Festival. The Squamish musician had been at the helm of the festival for a decade when he approached Fulford about taking over.

"(Fulford) talked to me about it and we agreed we'd do it for this year," Spencer says. "It's been challenging to put an event on. We came in and... explored some ways of doing it differently to potentially expand it into something bigger, but at the end of the day we realized we should go with the way its been done in the last 10 years, for this year anyhow."

That means the May 4th festival will kick off at 3 p.m. with a Slow Pitch Jam — which has nothing to do with softball as the uninitiated might guess — for musicians of all levels who want to learn about bluegrass jams. "It's instructor-led," Spencer adds. "The participants will learn about how a jam is structured. If you're a beginner it will be totally manageable."

For $5, they'll also learn about jamming basics and etiquette, along with other tips.

That session will be followed by concerts by Squamish's The Mountain Williams —featuring fiddle wunderkind Michael Kilby — and headliners The Moonshiners. The Victoria group features mandolin, fiddle, guitar bass and a healthy serving of three-part harmonies. They will also help lead the afternoon jam, Spencer says.

"It's short and sweet this year. We definitely did have a vision of growing it into a multi-day event, but for this year, for our first time organizing it, we want it to be successful," she says.

With some help from Salay and Thor and Dorte Froslev at the Brackendale Art Gallery, where the event takes place, the pair is hoping they can attract a range of music fans — even if they're not familiar with the bluegrass genre. "It will be well worth your $20," Spencer says. "I think any music lover would enjoy bluegrass."

The diverse regulars in the local scene reflect that. "There's a lot more going on than what might be at the surface," Spencer says. "There are house concerts too. Different people in this community in Squamish will put on a house concert and bring in a bluegrass band. People from the climbing community, people who are landscapers, people from all different walks of life (are part of the scene). People who ski or kiteboard. There are bluegrass people everywhere."

While the organizers hope to add a children's component and multi-day events in the future, for now their hopes are pinned on selling out the festival for its 11th installation. "We hope it will sell out," Spencer says. "BAG has had a few shows this spring that have sold out, so we're hoping it will be the same for this one."