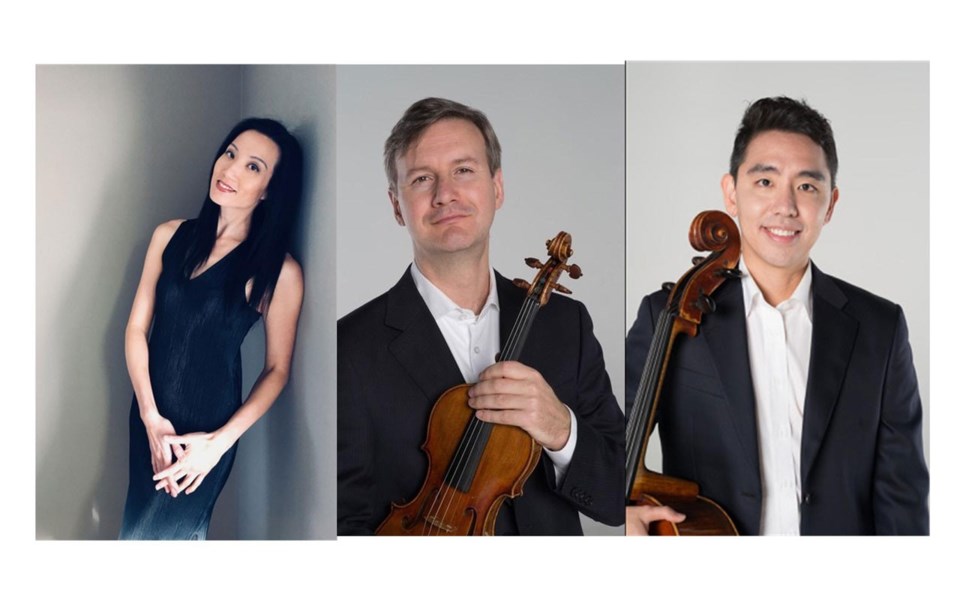 After nearly two decades, the Borealis String Quartet is trying out a long-distance relationship.

The group first formed in Vancouver back in 2000, but recently violinist Patricia Shih and violist Nikita Pogrebnoy made the move to Texas where Shih accepted a teaching position.

"It's certainly new, but we're taking it one step at a time," says Yuel Yawney, violinist and the other founding member of the group. "We have concerts booked into 2021, so we know what we have ahead of us ... We know each other so well and we've played together so long, it doesn't take long to bring back a piece we played together."

Back in 2000, Yawney and Shih met through their shared mentor, a professor of violin at the University of British Columbia. Shih brought Pogrebnoy onboard and they auditioned a cellist. (The cellists have changed over the years, but Sungyong Lim is now in that role.)

"We were kind of lucky," Yawney says. "We started out and the quartet was based at UBC at a place called Green College. We all lived there. It was a residence for masters and post-doctoral students. We were invited as guest scholars, so we got to live there in such close proximity it made it easy to practice daily."

And, he adds with a laugh, there was "wonderful food there. It was heaven for a musician."

The quartet quickly landed a manager and, subsequently, played around 20 shows in their first year. But what really set them on an upward trajectory was entering a CBC musician competition around 2002.

They were the only classical group in the competition and ended up in the television spotlight. "TV was still the predominant media at the time," Yawney says. "We got a tremendous amount of TV coverage and play. It really skyrocketed the awareness of the Borealis String Quartet across the country."

Since then, they've played just about every country you can think of. "We were in Europe last spring," Yawney says. "The time just flies by, but we were in Denmark, Poland, Germany, as well as Norway ... We've been fortunate. Music has been a means of being able to see parts of the world we wouldn't normally see."

On Sunday, Nov. 17, they will add Whistler to that long list when they perform at Our Lady of the Mountains Catholic Church as part of the Whistler Chamber Music Society series.

With Shih and Pogrebnoy unable to make the trip north, the arrangement will be a little different. Pianist Libby Yu will join Yawney and Lim as the Borealis Strings. But, recently, they settled on the name Aurora Piano Trio (in keeping with their Northern Lights theme).

They haven't finalized their repertoire for the show, but it will include Felix Mendelssohn's "Piano Trio No. 1 in D Minor."

"It's in four movements," Yawney adds. "Each has a really unique and expressive quality ... We talk about the work before playing for the context and insight. There's a balance because it's important to allow the audience to let their imagination follow the music too."

While Yawney has performed in Squamish before, he couldn't recall ever playing in Whistler the last 20 years.

"I'm looking forward to it," he says. "Unlike the city, where there's a plethora of opportunities and oversaturation of things for people to do, when there's an opportunity in a smaller venue or town, people are excited about it—they're there because they really want to be."

Tickets for the show are $20 for adult and $15 for those under 35. Advance tickets are available at the Whistler Museum (cash only) or online at whistlerchambermusic.ca. They will also be available at the door.