Bringing out the Mob Tactics 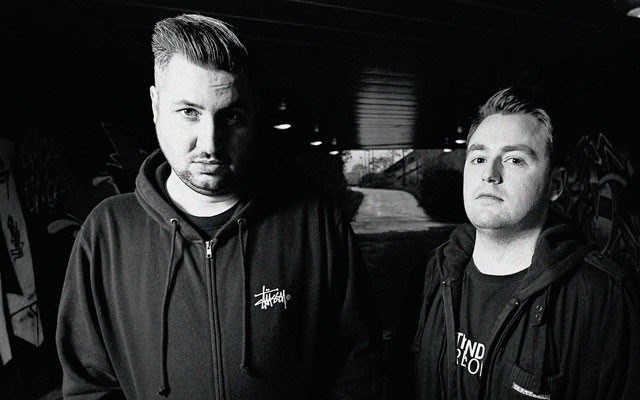 D'n'B DJ Luke Bugden was working for Britain's Chemical Records when Mark Sims came to his attention in 2009.

"I was already writing music and had been doing it for a long time," Bugden recalls.

"I had stepped back from DJing for a while because I wasn't really feeling where the music was at the time. The market was very heavily saturated with 'Jump-Up' (a D'n'B subgenre)... (but) eventually it became really strong again.

"Someone at Chemical gave me a demo of Mark's stuff, he was working on his own at the time and it was really interesting stuff. We clicked from the time we met and Mob Tactics was the result. We went to each other's studios to do a tune each week and then we put out a single that got loads of radio support."

Bugden moved to Seattle in September this year after getting married, but having a DJ duo based on two different continents hasn't been a huge problem, in part because of that strong musical connection.

"Seattle is my new home, one with a great scene," he laughs.

While Sims remains in London, the two continue to work on music thanks to Skype.

"We work together remotely, and I'm always toing and froing to the U.K. Whenever I'm back there we cram in as much time as possible and it's working out," Bugden says.

"I'm used to travel. DJing and travel is par for the course. It really doesn't seem like much. And we get to combine my visits with European shows while I'm there."

Mob Tactics makes the most of its time.

"We constantly write. Even when we're finishing off projects we've got other stuff on the go. We've been doing a lot of remixes; we just did one for Dodge & Fuski a week ago ('Your Love'). Our EP came out a month before," Bugden says.

"There's another remix coming out next month, and we're writing a new single right now.

"The fact that I've moved hasn't made it any less busy. There's a lot of work over here in the U.S. as well."

It helps that Bugden and Sims are fast writers.

"Even if there is a lull in the creative process and writing tracks, there is always a lot to do," Bugden says.

"Not the least of it is the DJing!"

When it comes to creating drum 'n' bass releases, Bugden says they are able to follow their own interests.

"We kind of write what we feel. We explore all kinds of drum 'n' bass genres. We'll do Tesio kind of stuff, but we'll also do more melodic dance stuff," he says.

"We both have a passion for the music. We do very musical intros and breakdowns. Whatever the drive is at the time we tend to go with that.

"We could be in the studio for 10 minutes, find a line, and run with it. We don't have predetermined ideas, unless it is a remix. With a remix, we have it already in our head."

Like other international DJs, Mob Tactics' output has to be high because of fan expectation.

"It's completely true that the music consumption is high. I wouldn't necessarily say 'disposable,' but dance music has become a bit more like that over the years. It's not to say that the quality has gone down. If anything it has gotten better, the production techniques have improved hugely over the years," Bugden says.

"The lifespan of music is shorter these days, and you have to constantly be writing. You can't release a single and chill.

"We have a process in place where when one of our singles has been signed off on by the record company, we already have a second single ready to submit. It can be approved and added to the system by the label."

Being one release ahead all the time is necessary because "it pays to stay busy," he says.

"And it has to be quality as well," he laughs, sounding surprisingly relaxed.