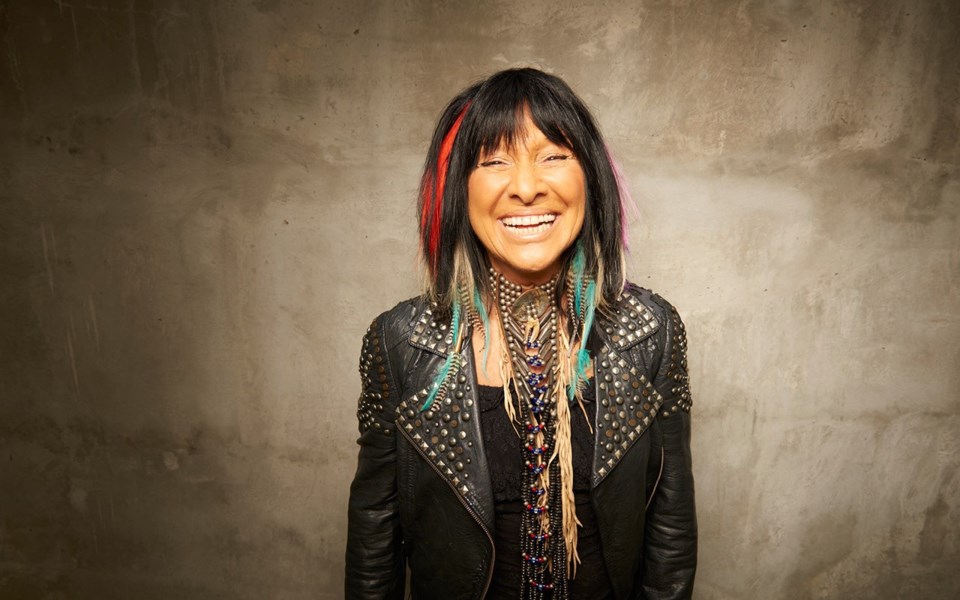 Legendary musician Buffy Sainte-Marie will perform in Whistler for the first time ever, on Saturday, Aug. 24 at 7:30 p.m, as part of the Whistler Presents free summer concert series. PHOTO SUBMITTED

To say Buffy Sainte-Marie has had a remarkable career would be an understatement.

Now well into her 70s, the legendary musician and activist has won myriad industry awards-as well as receiving a mindboggling number of honourary degrees; spent five years working on Sesame Street; was blacklisted by American radio, as well as both the Lyndon Johnson and Richard Nixon administrations for her anti-Vietnam and pro-Indigenous rights efforts; and she even toted around a then-unknown Joni Mitchell's demo tape in the '60s, trying to get industry reps to listen to her.

Pique caught up with the Canadian-American Cree singer-songwriter by both phone and email to hear more about her career, activism, and the advice she has for young artists.

Pique: There is a laundry list of ways you've been courageous through your music and work. What is your advice for young people today who want to use their art to say something meaningful?

Buffy Sainte-Marie: Just do it. Don't wait for a stamp of approval from some bozo. Practice. Get good at the show part of show business; that's your job! Learn more than those four chords that brought your first applause. Build your own fanbase. But also smarten up about the business part of show business, which is not about you, your art, or your convictions: it's only some product they're selling. But because the courage part is up to you, don't expect somebody else to captain that boat. Just put on your big girl pants and practice and get super good; and don't burn out.

Pique: You were the first woman to breast feed on national television. I watched the clip on Sesame Street and it was so lovely, but I was struck by the feeling that this would never happen today. How did that moment go over back then? Did it feel important?

BSM: I know. It's on YouTube; then somebody takes it down, back and forth. But at the time we did it, it was no big deal. I don't think we received any complaints, but we did (and I still do) get lots of positive feedback. I'm still very proud of having worked with Sesame Street for over five years, not only regarding breast feeding but also sibling rivalry, diversity, self-esteem stuff, lots of issues. They were genuinely child centred and we reached 72 countries of the world three times a day.

Pique: I wanted to ask about when you were blacklisted. When did you figure it out?

BSM: I didn't figure it out. Twenty years after the fact, a radio broadcaster started an interview by apologizing to me for having gone along with statements on White House stationery thanking him for supressing my music, which deserved to be supressed. Only two other people were blacklisted at the time: Taj Mahal and Eartha Kitt.

The rest of your career is smiling; in Australia, Scandinavia and Europe. I was playing concerts in Hong Kong and Stockholm. I figured singers come and go. I had no idea. I didn't find out until 20 years after the fact. Then it was much too late to resuscitate a career I thought had died in the U.S.

Pique: It's sad to think you thought your career had fizzled, but really you had been blacklisted.

BSM: It really is. In a way, I felt sorry for poor Buffy who got drowned, but it wasn't just poor Buffy. It was all the people I thought I could reach. I had a particular point of view. I didn't come from where Judy Collins or Bob Dylan came from. Indigenous people in the world, we're not connected. We don't have the Rolodex. There is no Indigenous music industry ... We don't have the protection or support or development opportunities that other people will have.

Pique: As a music fan-not someone necessarily in the industry-it seems like more and more Indigenous musicians of all genres are getting more mainstream attention. What was it like for you first starting out?

BSM: My songs were coming from my own head and my own experiences, including in Indian country most Americans didn't visit. Once "folk music" started bringing in big money the heavy hitter businessmen and lawyers created management stables. I can't tell you much about that because I wasn't included.

I didn't drink, so I didn't go out to bars after the show, where the social and business networks got together. Peter, Paul & Mary, Bob Dylan, Joan Baez and the Laurel Canyon crowd were all handled by experienced showbiz professionals who pretty much ran the show and placed their artists where the photo ops were. The rest of us had a lot of fun too but it was with much less support from pros including the record companies.

So for me it was different and I was kinda in it for the airplane tickets. I didn't expect to last long or be part of that crowd. Instead I loved going to a city and then to a nearby reservation or Native community where activism was building and my songs were part of it.

In Australia, I did concerts in the major cities but my private times were concerned with Aboriginal issues (where Aboriginal people weren't even considered human! They were listed as part of the flora and fauna.) In Norway, Sweden and Finland I did concerts in the cities but spent my down time with indigenous Saami people. Showbiz professionals thought I was making a mistake but I thought they were missing out ha ha.

I'm stressing that it was very white in reference to your question about Indigenous presence in music now.

Pique: With such a huge discography, how do you build a set list today? What can we expect to hear in Whistler?

BSM: It'll be a big mix of songs, and maybe some video if logistics allow. My band will be with me so we'll do rockin' things like "You Got to Run," "Carry It On" and "Starwalker," but also some solo songs like "Universal Soldier," and maybe some songs that'll be new to people like "The War Racket."