Business and mountain adventure collide in Take That Leap 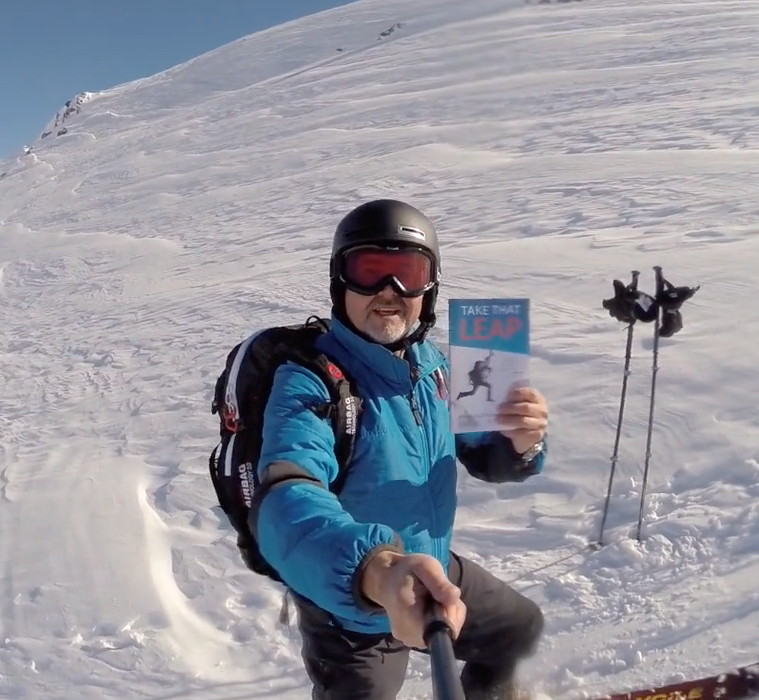 Nigel Bennett has lived a whole lot of life since he was a recent high-school graduate in a helicopter getting shot at by FARC guerrillas in Venezuela.

But that’s exactly where the part-time Whistlerite’s entrepreneurial story starts.

At the time, he was working for his father’s company environmental mapping the coastline of Venezuela.

“From there, I went to Egypt and was mapping the coast there—the Sinai Peninsula—with a helicopter pilot. Pipeline after pipeline was ruptured with oil flowing into the Red Sea,” Bennett says.

“I was taking photos through the glass floor on the helicopter and the pilot said, ‘Whatever you do, don’t let the guys in the back see what you’re doing because we can be arrested for spying.’ … I had all these amazing photos and the pilot said, ‘I really don’t think it’s going to make a difference.’ As a young person, it really affected me. I think I can make a difference.”

While plenty of other drama ensued, it eventually led to Bennett parting ways with his father’s company—taking his sister along—to launch Aqua-Guard Spill Response Inc. in 1992.

“My little sister was getting big into mountaineering. We’d go to Squamish and get into climbing,” Bennett remembers. “I’d come back to our office and feel refreshed. I found that taking these breaks—heading to Squamish to climb or mountain bike race—I’d be regenerated and refreshed and go on.”

That mix of business know-how and mountain adventures—along with a sprinkling of travel and philanthropy—is at the core of Bennett’s book.

Take That Leap: Risking It All For What REALLY Matters was officially released in January 2018, but from this July to September, Bennett is donating all of the proceeds to the Whistler Adaptive Sports Program.

(All of the book’s proceeds supported various charities around Vancouver before that.) While he and his family have long had a second home in Whistler, during the last several months, he and his wife have been here more regularly.

And, in fact, he wrote much of his book in a Creekside café over three years.

“I would come up here on a Tuesday, write all Tuesday afternoon and night, then on Wednesday, go skiing or mountain biking and go home,” he says.

Over the years, friends and colleagues had encouraged him to write a book filled with personal stories, but with dyslexia and attention deficit disorder, Bennett, for a time, had no interest in tackling that feat.

It wasn’t until receiving some encouragement at the annual MIT retreat, Gathering of Titans, that he decided to consider it.

“Seventy per cent of everyone in the class has written a book,” he says. “They in fact said, ‘If you’ve started a business, you have to write a book.’”

Their motivation stems from the idea of passing experience and lessons learned on to another generation. For Bennett, there was also the appeal of leaving the stories for his two sons and daughter as well.

“I honestly believe—not just as an entrepreneur, but as an elder at 58—we’ve lost touch with sharing wisdom with younger generations,” he says. “When I travelled the world with the kids—Bhutan, Myanmar, all these countries—[these nations] were all about the elders sharing with the younger generations. They still do traditional sharing. In the West we don’t … I honestly believe at my age, it’s my duty to share whatever I can. If someone gets a nugget, that’s great.”

Take That Leap is available on Amazon or locals can email at nigelb@aquaguard.com to purchase a copy (with more proceeds going to WASP).