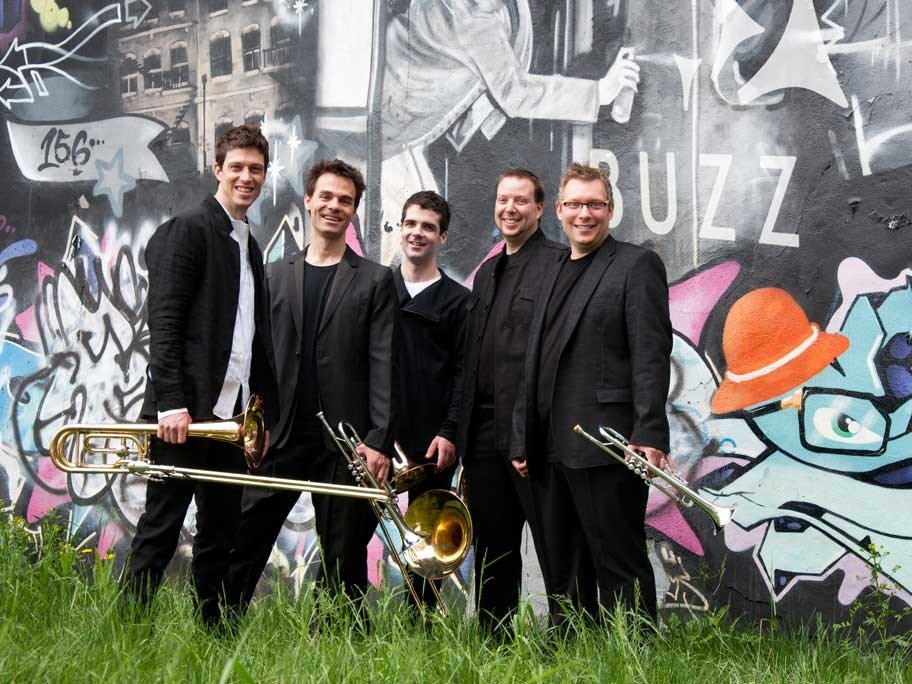 Music has a long and complex history that many of us are interested in, but few have the time or patience to truly grasp. As such, many of us end up listening to Muddy Waters's records pretending that we're learned.

But we're not. Fortunately, we have Buzz Brass who can provide a brief, and entertaining, history of music in their appropriately titled "The History of Music."

"Sometimes you go to concerts and you will hear only some kinds of composers from a certain period, like Mozart or Beethoven," says Lapointe, Buzz Brass's spokesperson. "But with this kind of show we can play other songs from our times and it's all connected by the actor who's on stage."

The show blends dynamic chamber music with comedic performances from Arch. They tell an alternative history of the Western world. Its combination of physical comedy and adult-oriented humour has won over fans from all generations, and in 2007 won the Opus Prize for Production of the Year for Young Audiences.

And while there is an educational component, any learning that is had is supplementary. Lapointe says Buzz Brass is in the house strictly to entertain.

"We want to make a real show, a really entertaining show, not a show with too much information to catch," he says.

"Yes, there is a lot of information but not too much that the show ever becomes too heavy for people.... It's still entertaining."

He's speaking from a tour stop in Vancouver, amidst a 100-date tour across Canada where they'll play 60 schools and 40 concert halls. There are four different versions of the same show: a 55-minute and a 45-minute show for schools, a 75-minute version, which they'll do in Whistler, and a 90-minute "adult" version. Because of this, prepping for each show can be a bit taxing and provides a glimpse of the professionalism of the ensemble.

"It's a little crazy for the artists but this is what we have to do," Lapointe says. The musicians met while attending University of Montreal for music. The curriculum included several history classes, which inspired Lapointe to write a show. He completed it in 2004, two years after Buzz Brass formed. The other four members threw in their own ideas and since then the show has evolved considerably. It's hardly the same show as it was.

'There are many new things, new jokes, new songs. We made some cuts for pieces that weren't that good, so the show is pretty good right now," Lapointe says.

Buzz Brass has three other shows for kids (two of which are still only in French for now) and an adult-oriented chamber music concert that features only their instrumentation. Their 2010 album was nominated for the Quebec-centric ADISQ music awards, — but it's "The History of Music" that's won them the most favour with audiences.

"This is the most funny show and there's a lot of different music. It's pretty fun," he says.