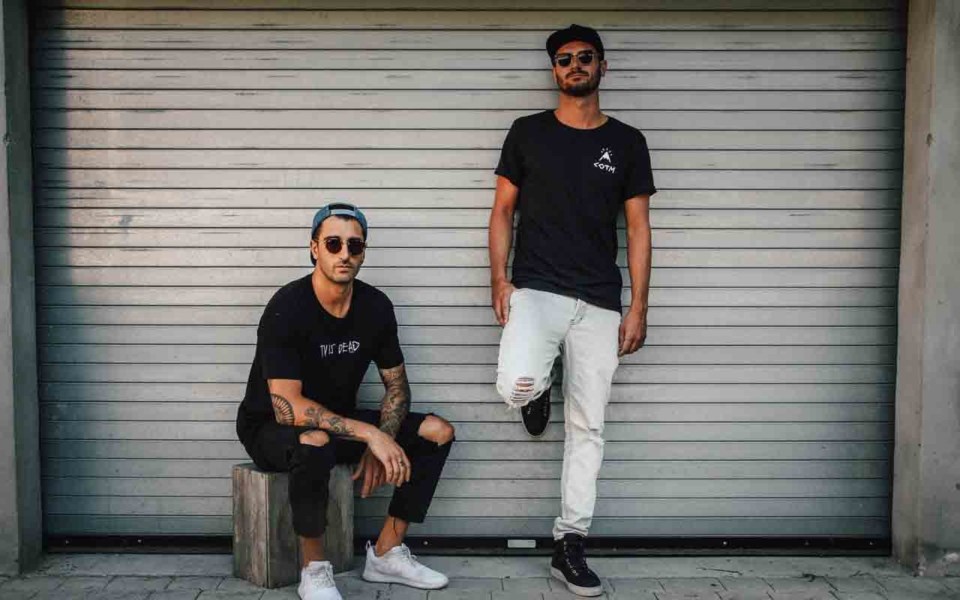 Case of the Mondays The duo is at the tail end of a busy winter that includes a gig at The End party on Sunday, April 14. Photo submitted

Are you ready to experience a Case of the Mondays on Tuesday?

No, you don't have to relive the worst day of the week two days in a row. Instead, you can head down to Moe Joe's to hear the local house DJ duo of the same name at their new "Talkin' Froth" night.

"We've been having a lot of fun with that and getting support from local DJs who want to get into the scene," says Joni T, one half of the duo. "Anyone who loves house music, we're open arms to."

To stand out in Whistler's jam-packed scene, "we tried to make a garden," he adds. "We got these artificial vines and built a wall behind us. It makes people feel like they're part of not just a club night, but something unique and special by using different decorations, lighting and smoke."

Adds La Dooda, the duo's other half: "Plus our music is completely different from what gets played in Whistler on a weekly night."

Weekly residency aside, the pair has had a busy winter. A Western Canadian tour took them to ski resorts all over the province, as well as to Banff, Calgary and Vancouver. "It was cool to do those shows," Joni says, "And it was awesome to ski these places. We live in the best resort in the world, but it's still nice (to experience other places)."

On top of that, they were recently signed to Westwood Recordings, a label run by members of the Vancouver group The Funk Hunters. "Crazy Glue," released last week, is the first track to come out under that banner. Another will be released next month. It will culminate in a yet-to-be-named five-track EP set to come out later this spring. "We met (the Funk Hunters) at a festival, but it was Skiitour passing off our EP that gave it the stamp of approval," Joni says. "We're getting noticed by what we think is one of the biggest electronic labels in Canada; Funk Hunters were doing big things for as long as I can remember. They're like an icon in Canadian music. To be part of that is pretty awesome."

To cap off an eventful winter, Case of the Mondays have joined the long lineup of acts performing at The End party as part of the World Ski and Snowboard Festival on Saturday, April 14. As the final stop on Smalltown DJs' Mountain Magic tour (which includes Christian Martin, Mat the Alien and Ardalan) they'll play alongside Mija, DJ Sinden and DJ Craze.

"It's the biggest (lineup) I've seen for The End party," Joni says. "We're friends with a lot of the artists on there as well."

Tickets for The End party at the Whistler Conference Centre are $40. They're available at wssf.com/The-End. To hear more from Case of the Mondays, find them on Facebook or check out soundcloud.com/caseofthemondaysofficial.