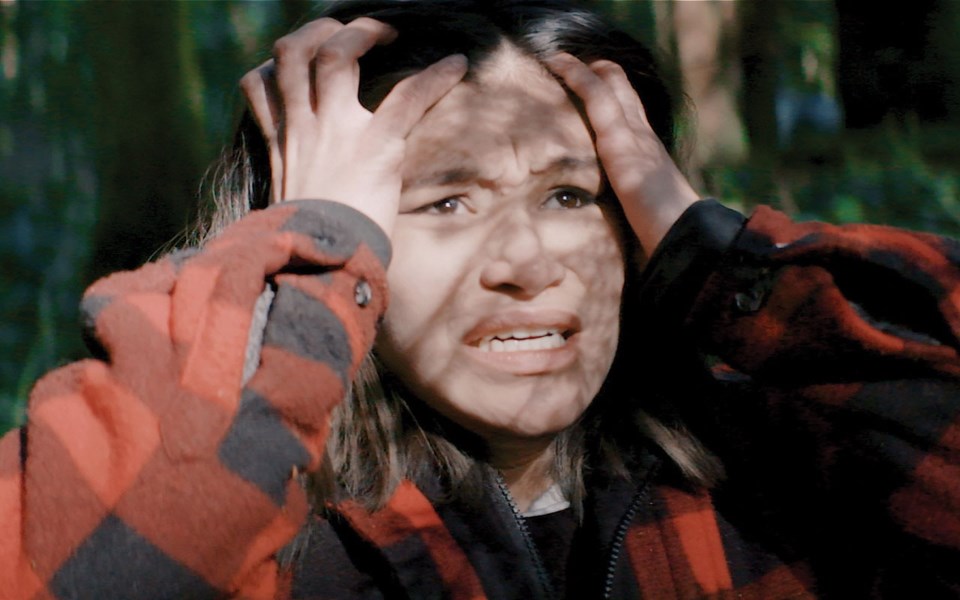 Cat Madden’s new video for the song “Thank God,” produced by Prime Vision, is out on Thursday, May 30. Image courtesy of Prime Vision

Last year, Jasmine Jade and her partner Radek Drozdowicz were at the Squamish Wind Festival taking in some musical acts when once voice in particular caught their attention.

"It was a beautiful summer day and Cat was playing and we were amazed by her voice, the soul of it," Jade recalls.

Fast forward a few months and the couple—the Pemberton residents behind Prime Vision, a videography and photography company—are set to release a complex, story-driven video for Madden's single "Thank God."

"I've grown so much in this time," Madden says. "Originally, I was just like, 'I need to make a music video.' I knew I wanted to do something powerful and strong, but ideally I wanted to 'grow' my career."

Instead, with Jade and Drozdowicz's help, she selected the deep, slow-burning track—rather than a more upbeat, accessible song—to commit to video.

"The theme of the song is intergenerational trauma and anger," Madden adds. "As we started working on it and started collaborating with loads of different people, my band, volunteer actors, everyone had their own story. It was amazing."

While she doesn't want to delve too deeply into the personal roots of the song, Madden says she penned it during a five-week period she moved from Whistler to live with her parents in France.

"I have to say, the reason that came to mind was because I was living with my parents' intergenerational trauma," she says.

To that end, the group built a story rife with characters struggling from various challenges—including verbal abuse, a "more subtle" sexual assault, and featuring an Indigenous drug dealer. (Madden is married to a man from the Squamish Nation and they consulted with members of the nation when attempting to depict the effects of colonization.)

"I came to Canada four years ago from Poland," Drozdowicz says. "In Europe, no one is mentioning colonial times. No one knew what it's about, but here you feel it everywhere."

Prime Vision and Madden recruited a group of first-time actors to play various characters over the two-day shoot. It primarily took place at The Chieftain in Squamish.

For Madden, it was the perfect spot. "It's the longest-existing bar in Squamish," she says. "It's where everyone has been. They have the same wooden flooring—and even the sign—everything about it was perfect."

(Editor's note: since this interview, The Chieftan has been renamed Crash Hotel Squamish and the sign has been removed to restore its neon lights and add the new name).

"They were holding off their renovations for the shoot," Jade adds.

In the end, all three of them held the same goal: to produce a genuine and meaningful piece of art.

"You want to orient yourself as an artist who has something to say," Drozdowicz says. "That comes as a priority. For me and Jasmine, it's very important to have something to say. It's not just another song that's going to be a pop hit. It doesn't matter if people like it or not. That's not the purpose. Of course, we want to do it super good. But that isn't the priority. When you prioritize like that, the quality comes."