Catching up with Monty Biggins 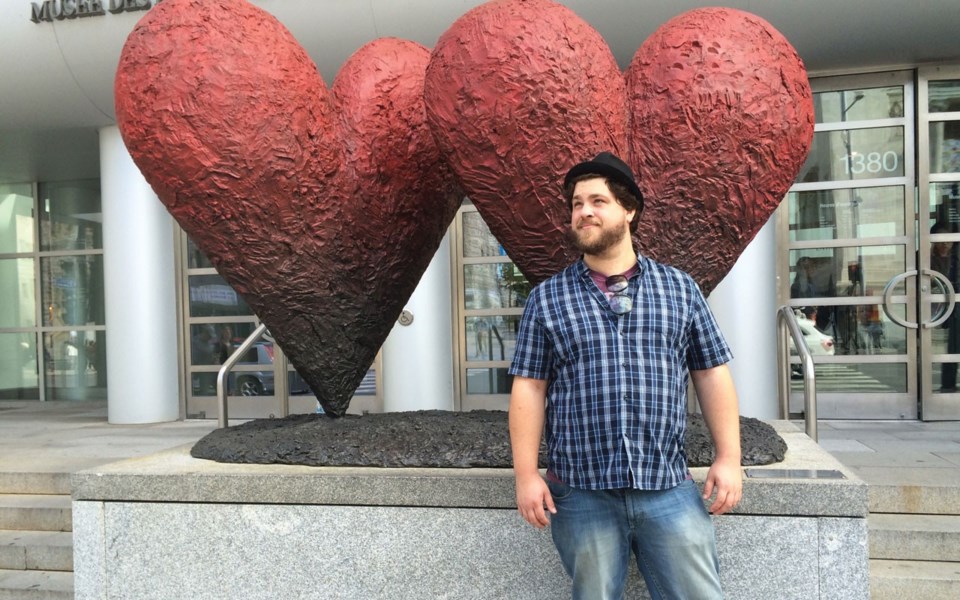 About a year ago, a man walked on stage at The Crystal Lounge's karaoke night and silenced the room.

"He got on stage, did a Queen song, but the whole room just fell over," says Monty Biggins, who had been serving as host of karaoke night for about two years at the time. "I'm sitting there, my jaw on the ground, wondering, 'What just happened?'"

It turned out to be Les Greene, a former contestant of American Idol.

While not everyone who has climbed up on stage at the weekly karaoke night has demonstrated their skills on international television, Biggins says he is often surprised by the talent he's seen during his three-year tenure.

"We get so many amazing singers; people that are from bands wherever they live," he adds. "Then there's a crew, my all-star karaoke guys. These are people who are really great onstage and you know when you pull them up there, the whole room is going to stop."

Biggins is best known around Whistler as a solo musician, the man behind The Sociables, and for his small ensemble group Little Biggs Band. But, alongside the Whistler karaoke night, he's also expanded to host karaoke at the Pemberton Hotel on the second Saturday of every month and at Squamish's Norman Rudy's every Thursday.

On top of the usual duties like bringing in and overseeing the music gear, sorting out the list of participants, and generally keeping sometimes-rowdy crowds in order, Biggins says he brings another element to the job as well.

"I was a shy person for a long time," he says. "To become what I am with music, it was a huge journey of getting over fear of being onstage. Since 2010, I've done over 2,000 shows. I think it was roughly around 1,000 where I stopped feeling... I still get butterflies, but it's different. It used to be crippling ... With karaoke, it's neat to stand there and understand, 'I get where you're coming from.'"

Over the last few years, Biggins has found a place in Whistler's music scene. While he struggled in the past with local venues that didn't seem receptive to his outside-the-box jazz or Americana sound, he says his view has changed. "In my adolescent idea of music, I wanted to fight that, but it's the wrong fight," he says. "Every business, they can do what they want. As a musician ... we can either follow suit and create something specifically for that, or stick to what we love and find the venue that works with us to have that."

To that end, he recently began a resident gig every Wednesday at Cure Lounge for their locals' night.

"It's dinner entertainment, which has been something I've been so adamant about finding in Whistler," he says. "Dinner entertainment is so much fun. I'm the Frank Sinatra in the corner of the room. The audience can engage or disengage. I'm just here to bring the ambience."

He's been focusing on getting back to his roots, playing a blend of jazz and Americana, sneaking a few originals into the mix. "I've been working with [Cure] for about five years," Biggins adds. "They've enabled me to do this lounge, jazzy, Americana thing. It's where my roots are. I was a jazz kid. All the punk bands I've been in, jazz has been an undertone."

Looking ahead, he says he'd like to record more music—perhaps enlisting an outside producer for a new single.

"I've written a bunch of new music too," he says. "It's easy to write for me, but it's not easy to mould it to the recordable sound. I have to play each song 100 times in front of people before I'm ready to record it. I'm going through that process right now. I'm hoping by next year I'll have a recording to show for that."

Either way, though, he already reached a huge milestone, making music his main gig. "It's been such an amazing journey with it all," he says. "Five years ago ... I'd say [my goal was] I just want to do this for a living. I've achieved that."

To keep up with Biggins' shows around town (and, increasingly in Vancouver and around the Lower Mainland), visit montybiggins.com or on Facebook at facebook.com/MontyNs/.

Live from the Maury Young Arts Centre
Jul 31, 2020 12:00 PM
Comments
We welcome your feedback and encourage you to share your thoughts. We ask that you be respectful of others and their points of view, refrain from personal attacks and stay on topic. To learn about our commenting policies and how we moderate, please read our Community Guidelines.