Celebrate the season with The Knitty Gritty 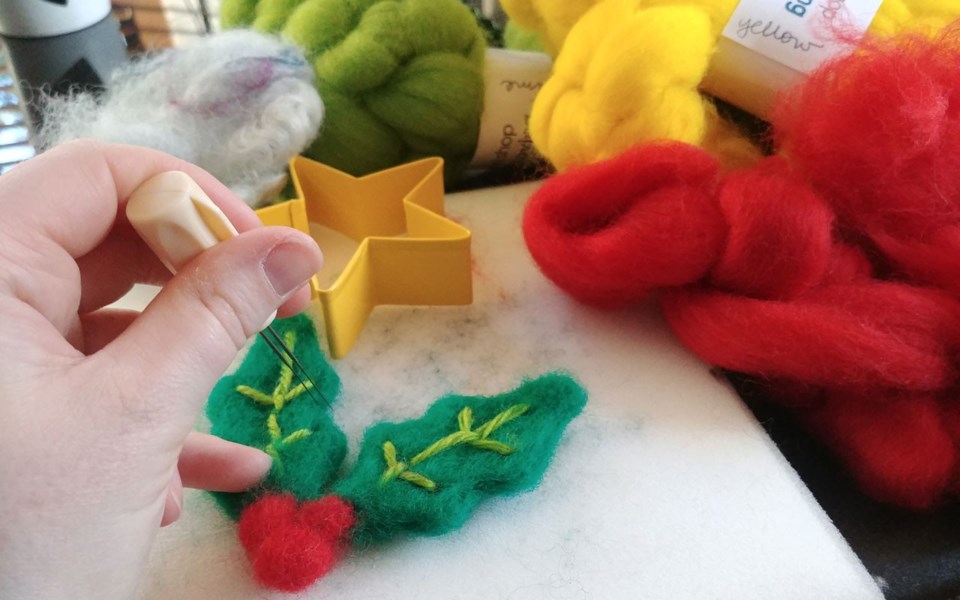 Learn to make felted ornaments at a workshop on Saturday, Dec. 14. Photo submitted

One day, back when she was still a university student in England, Anna Lynch noticed a new knitting store had opened up near her school.

There was a big sign out front that read "knitting lessons."

"I thought, 'I'll try this. It's a fun day out,'" she says. "It just hooked me. I like to try different things all the time; I want to try everything. But knitting and felting have stuck for a long time."

Two years after that first lesson, around 2010, she moved to Whistler. Still struggling to learn the new art, she turned to a well-known knitting website and searched a forum to see if there were any local knitters. She found six.

"I sent them a message asking them if they wanted to meet up," she says.

It turns out they did. And, in 2011, The Knitty Gritty Whistler was born. While members come and go, on average between eight and 12 meet up every week—currently on Tuesdays from 6 to 8 p.m. at Blenz—to knit, crochet, and chat not just about their projects, but about life too.

"Some of my best friends I've met through the knitting group," Lynch says. "It's nice because what we do is sit there and work on whatever we're doing. It gives you time to put into your knitting. We don't just discuss knitting; we discuss life."

The members range in age from their 20s to their 80s and they're always welcoming new people—regardless of their knitting skills.

"Even if you've never knit before, but you're interested in learning, we're happy to give you the basics," Lynch says. "We like having new people come."

While knitting has remained a big part of her life, Lynch has since delved into other textile arts, including felting and weaving. (She has formal training in film production and photography, but is entirely self-taught in textiles.)

"I have a bit of a fascination with patterns and textures of things—even things like lichen when you see it on the trees, I'm always going up and touching it," she says with a laugh. "I'm fascinated by the patterns and the feel of things."

To that end, this year marks the third Christmas season Lynch has taught a felted ornament workshop at the Maury Young Arts Centre. Because the last two years sold out, she decided to host two sessions this year. The first one was last Wednesday and the next is Dec. 14 from 10:30 a.m. until 1 p.m.

The group learns the basics of wet felting techniques—using wool, salt, and hot water to bind felt—and the needle felting method—using a needle with a barb to shape the material—and make their own Christmas ornaments.

"Last class someone made a wookiee," she says. "Some will stick to the templates I've done as examples. Others work from their own ideas."

Currently, there are five spots left for the upcoming session, but Lynch said she might add another if it sells out. "Around this time of year when people are getting in the holiday spirit, it's nice to learn something new and come away with something you can put on your tree," she adds.

Looking ahead to the New Year, she hopes to add entirely new workshops to her roster. Currently, she also offers private knitting and felting lessons for beginners and intermediates.

"The textile stuff started off as a bit more of a hobby, but now it's becoming more of a profession," she says.

There's something appealing about spending time making functional art, she adds. "I like to have something that has some practicality to it," she says. "To know you're going to use it and have it out and take it with you places."

For more information about Lynch's work through Knitty Gritty Textiles, or to sign up for the felted ornament workshop, visit knittygrittytextiles.com.