Chantal Kreviazuk and the spoils of songwriting 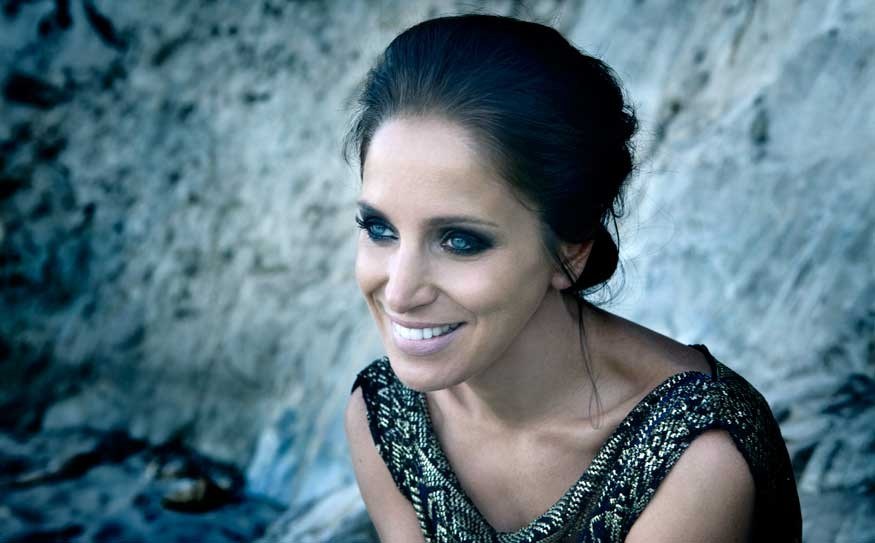 The best songs are written from some place deep inside. Any songwriter will tell you that.

Where exactly these songs come from, however, is a matter of some dispute. Some say they come from the heart, others from the gut. Others still, including Chantal Kreviazuk, say they roll out like breath from our lungs.

Whatever the case, wherever they come from, it comes from somewhere in the torso and not from the brain.

Case in point: On Monday night, Kreviazuk was working with big-tent producer John Baptiste on a new Shakira track. It was running less than smoothly she says, and he would intermittingly "blow up" and demand that everyone "stop thinking" so much.

"It would be like he could feel all the thinking in the room," Kreviazuk says.

They eventually finished the track at 2:30 a.m. While she says the final result "sounded amazing," at the end of the day songwriting should be a much simpler process. She jokes that this new Shakira track is "another pain in the butt to pay the bills."

But there are times when it does come easy, she says, and when it does roll out of her, there's nothing more rewarding. Those are, for whatever reason, the songs that mean the most.

"I think what we're all striving for both as a human being and as a writer, or any practice that we do, is doing it from a place of not thinking. Like breathing. Breathing is involuntary. And it's perfect," she says.

There are, of course, external circumstances that compound the difficulties in her songwriting process. Kreviazuk has built a very successful career on piano-driven adult contemporary that was popular in the late-90s. This led to a slot on the 1998 Lillith Fair festival, which secured her as a household Canadian artist.

She gained international acclaim for her cover of John Denver's "Leaving on a Jet Plane" for the Armageddon soundtrack. She's written and collaborated on songs for Avril Lavigne, Hillary Duff, Carrie Underwood and a multitude of other artists. Her marriage to Our Lady Peace frontman Raine Maida has made for interesting magazine fodder but it's her music she's renowned for.

But the music has changed in her 15 years as a recording artist — a situation she's intimately aware of.

"People now want something to sound authentic but also to be incredibly modern," she says.

"If it was just me with a piano in the world, I think that I'd have more confidence to present that, and I would do that, but I don't think people's ears are attuned to that anymore..."

"I think that people want more candy and all these interesting sounds and rhythms. There's a whole population of people who hear it that way and want it that way."

Yet, there is a population of people who love what Kreviazuk has brought. YouTube user comments, typically the scourge of online conversation, for her videos are glowing —and growing, mind you, over 10 years after some of her songs had been released.

Response for her latest release, In This Life — a live album recorded with the Niagara Symphony at the Jackson-Triggs Niagara estates, originally broadcast on HBO Canada — has been very positive, with fans praising her impressive vocals and lauding the reinterpretations of her most well known songs.

Kreviazuk says the concert was really just an extension of what she brings to each of her performances. Not every show will feature a full orchestra but it will feature some fresh twist to every one of her songs. Even if the new songs are tricky to compose, at least she can replenish the old ones with a fresh perspective and a whole lot of heart.

"When I go onstage, it's a natural thing for me to bring something new, to bring the day into the song.Each day, I'm a new person with a new positive, fresh outlook. I like to look at every day as if you're being reborn, and you (get to) try again. I do that with my songs and it's what makes them better and better every time," she says. "For me, at least."