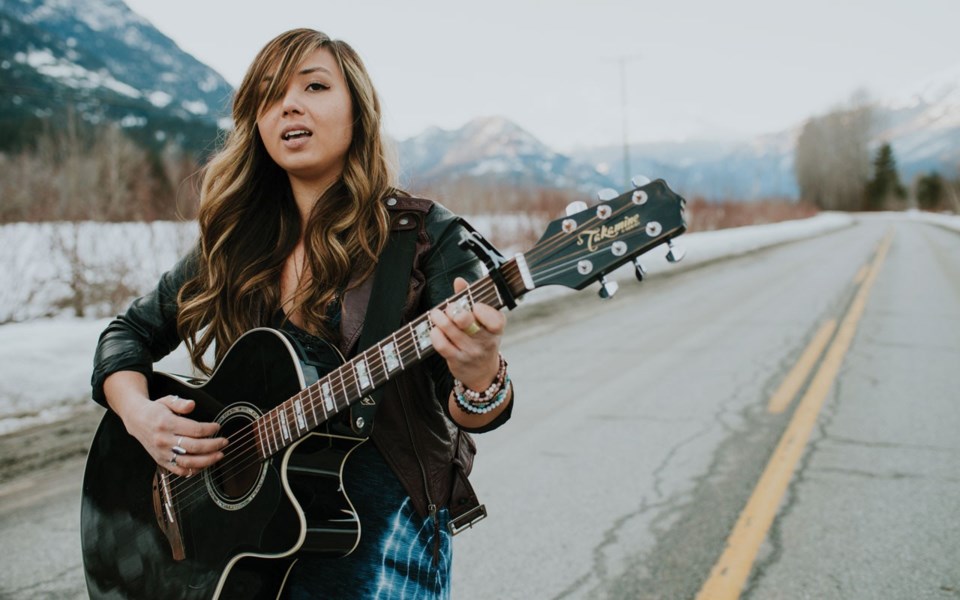 On one side, there's her love of the mountains, ocean and outdoors. On the other there's her passion for music.

The latter pursuit has taken her to Nashville over the last several months where she's played open mics, made contacts and started work on a new album.

"I grew up hiking, camping, fishing and riding horses," she says. "The trouble is (Whistler and Nashville) are so far apart. I want to be in the mountains, by the ocean, but I want to be in Nashville surrounded by music. It's quintessential Whistler: I love it here, but I'm also a bit of a gypsy."

Sherrington—better known by her stage name Small Town Runaway—has been living and playing country music around Whistler for the last eight years. She's made her mark as one of the only local singer-songwriters in the genre, playing covers by acts ranging from Bonnie Raitt to Otis Redding, alongside her own original country tunes.

"I still love playing in town," she says. "Right now I generally have a few gigs a month. I'm leaving my schedule open a bit."

That's because she's hoping to secure a visa to make the move to Music City, where she plans to finish her album for a spring release. "Nashville is such a cool city," she says. "It's like how Whistler, if you come here for mountain biking in the summer you run into a million people who love mountain biking—or in the winter (it's the same) for skiing and snowboarding. But you go to Nashville and you're surrounded by people who love music."

Visiting that city had been on her bucket list "for seven or eight years," she adds. "Because I play country music everyone always said, 'You have to go to Nashville.'"

When she finally made the trek down—settling in for about a month and a half—it was everything she'd hoped it would be. "When you're putting yourself under the gun of, 'I only have this much time,' you don't have time to be shy. The biggest thing is you don't want to go in there being a hot shot. There are 100 other songwriters a million times better than you; it's so humbling," Sherrington says.

But the trip yielded results. Canadian musician Aaron Goodvin spotted one of her showcases as part of the B.C. Country Music Awards and wound up putting her in touch with her current producer, Greg Bates.

"Every night there's bands, writer rounds or open mics," she says. "The best thing you can do is get out there and take in as much as you possibly can and talk to as many people as you can."

With five songs recorded, Sherrington will head back to Nashville to record the rest of her album this summer. She hopes to have a single out by early fall followed by the album.

While she's sad about the thought of leaving Whistler, she knows one locals' secret. "The nice thing about Whistler is you can go, but you can always come back," she says. "The mountains aren't going anywhere any time soon."