City of Fire to raise hell in the snow

Former Fear Factory singer to freeze hell over in Whistler
Mar 4, 2011 7:33 AM By: Stephen Smysnuik 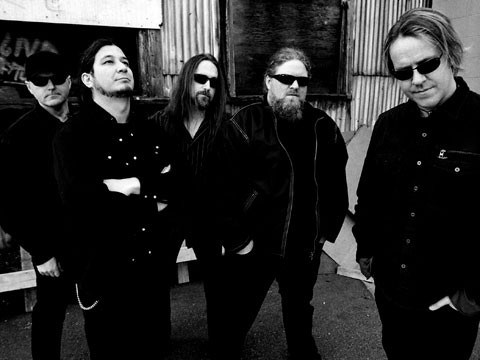 Burton C. Bell was a young audience member in Nirvana's "Smells Like Teen Spirit" music video and that's enough rock credibility to carry him through the rest of his life as a "cool dude" in the eyes of un-jaded rock fans.

But for pubescent metalheads growing up in the mid-to-late-1990s, Bell and his band Fear Factory were a rush of fresh arctic air in a scene crowded by inane nu-metal. And while many of us dipped into Korn and Limp Bizkit, Bell's death howls on those Fear Factory records were a necessary deviation into true aggression when the report cards came in.

As the pop cultural acceptance of metal diminished, so too did the names of most of the bands from the minds of the kids who were listening to them - they moved on to the more pressing sounds of the day - hip hop, indie rock, whatever. But these bands never left, and Bell had been plugging along all this time, and now he's back with City of Fire.

He's worked on various projects over the years, including the ambient-goth side project Ascension of Watchers, but he says City of Fire is the type of music he has always been into.

"Although I've been in a metal band for, y'know, 20 years in Fear Factory I was never really a metal guy," says Bell.

"I was more of an experimental, industrial rock, noise post-punk type of guy and that's what I offered into Fear Factory."

He says City of Fire is more groove-based and organic than the technical, almost mathematical approach that Fear Factory took, whose precision Bell describes as "cold, in a lot of ways." With this new band, he's able to experiment more with his voice, in different ranges with the different types of songs the band is writing.

"If you're doing something for 20 years, you'll want to explore different avenues and ideas, work with different artists," he says.

City of Fire formed in 2008 while Fear Factory was on hiatus. Bassist and founding member of Vancouver's Strapping Young Lad Byron Stroud sent Bell a demo of some new tracks he'd been working on, Bell liked what he heard, flew to Vancouver to meet the rest of the band and they recorded their eponymous album, released in 2010. Later that year, they supported Soulfly on an Australian tour.

He says the city has influenced his approach to the music. There's a "strong creative underbelly" throughout the city, affected by the beauty and the polarized weather - gorgeous one day and absolutely miserable the next - that connects the arts scene in a visceral and obvious way, and it's something with which he too has connected during his time there. So much so, in fact, that he's planning on relocating his family from Pennsylvania to B.C.

"It would be a nice experience for me and the family. We either move to Europe or B.C.," he says. "I have a band here, so it would be easier."

City of Fire will finish up its current tour, ending in Whistler - where Bell has never been but has heard a lot about - and then will settle into recording a new album and playing shows around the West Coast.